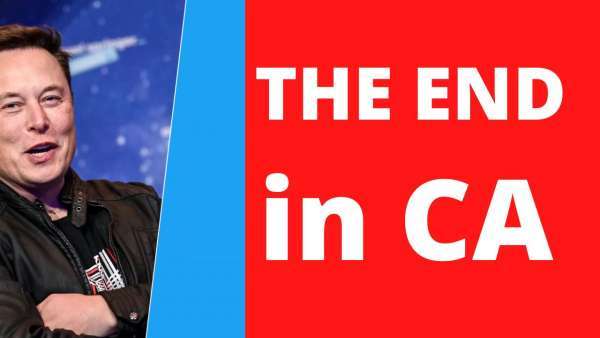 In a worst-case scenario, the company could temporarily lose the licenses which allow it to operate as a vehicle manufacturer and auto dealer in California.

Tesla has fifteen days to respond to the accusations before the administrative court, otherwise the DMV will take a default decision.

You know, I don’t know why they keep calling it FSD until it’s actually FSD… Just call it Advanced Cruise Control or something so there’s no reason to complain. Elon just loves to live on the edge in every thing. Do you need that?

It’s not even a lie, Tesla knows it’s not FSD, people who buy Tesla vehicles know it’s not FSD, their whole naming scheme is just bait for lawsuits. Do they have some kind of lawsuit fetish or what?

Anyway, CNBC reports that the California Department of Motor Vehicles has accused Tesla of engaging in deceptive practices around the marketing of its driver assistance systems, which are branded Autopilot and Full Self Driving in the U.S., according to filing with a state administrative agency.

A lot of things are at risk now. Elon Musk's electric vehicle business risks more than its reputation -- in a worst-case scenario, the company could temporarily lose the licenses which allow it to operate as a vehicle manufacturer and auto dealer in California.

The DMV, wants to prevent driver misunderstanding and misuse of new vehicle technologies.

Some care needs to be taken to not be misled by what we read about Tesla and FSD in Tesla forums. We know that FSD isn't full-self driving. But we are a small slice of the Tesla market. Most consumers take Tesla's marketing at face value - they think that FSD is autonomous driving.

Also, regardless of the fact if people know or don't about it not being a real full-self-driving, that doesn’t help when AutoPilot is basically marketed as it is supposed to be and yet it’s still not what the name says 6 years later.

For basically 3 years going they’ve done nothing to improve it - so it’s still in Beta. What kind of “real” product is in “beta” for 5 odd years?

I want to take some hard look at this now. Everything about AP is below what was marketed. You cannot use smart summon for anything except moving the car forward and backward. It’s too slow and totally unreliable. And it often runs into things like curbs.

Navigate on Autopilot is pretty decent. Except auto lane changes. Completely random when it will decide to change lanes. Sometimes it gets it right. Sometimes it will sit behind a truck going 10mph slower than your cruise setting for 5 or 10 minutes.

And what about false negatives? "In Oregon we have dashed lines that indicate exits and on ramps. Whenever there is a dashed line for an exit, AP thinks it needs to change lanes into the next lane over putting its blinker on and then as it passes realizing it doesn’t. That’s super annoying. And probably looks psychotic to other drivers. But sometimes? It thinks it needs to follow the lane into the exit. That’s kill-you-on-the-spot behavior. I have to take over immediately and it’s not a smooth transition. It's quite violent and scares the crap out of my family," writes a reddit user ic6man.

He also says it's very irresponsible what they are doing, referring to Tesla. This should have been fixed immediately as it’s a massive safety issue but clearly the entire focus of the team is on FSD so no material updates to AP in like 3 maybe 4 years.

Anyway. Tell me your thoughts on this please. In the meantime, Tesla has fifteen days to respond to the accusations before the administrative court, otherwise the DMV will take a default decision.