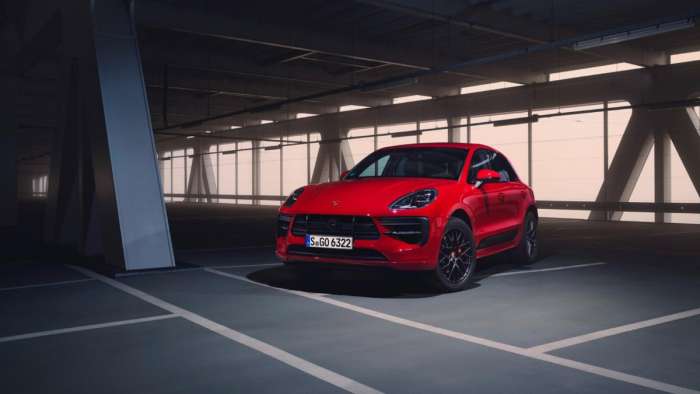 When the new arises, the old tends to slowly fade away. The Porsche Macan could soon be getting the full next-gen treatment from Porsche’s EV department.
Advertisement

A recent report has multiple, unknown high-ranking executives at Porsche, saying that the Macan’s current drivetrain options (notably the full-gas engines) will share the platform with the electric motor models for at least a few more years before transferring over to completely electric. And yes, if you haven’t heard, there is a fully electric version of the Macan scheduled to arrive next year which will yet again put pressure on other EV-developing manufacturers.

We already knew that an electric version of the Macan was coming and we can assume that all Porsche’s models will have an all-electric version in just a few years. (I'm sure that the electric 911 will spin some heads and start some wars, but thankfully we aren’t there quite yet).

Porsche intends to give the gas powered Macans some aesthetic surgery along with the new EV version, but don’t expect them to look similar, even though the 2019 Macan looks awfully Taycan-like already.

Why Is The Porsche Macan Important?

The significance of this story seems weak until we dig deeper and truly understand the motives behind Porsche’s decisions. Most people think of the 911 or maybe the Cayman when you say “Porsche”, but in reality they should be gleefully shouting “Crossovers!”, because the Macan is Porsche’s best selling vehicle by a French country mile. Biting the SUV bullet is difficult as an enthusiast but you can’t argue with the sales figures.

Since 2017 the Porsche Macan has outsold every other model by nearly 2 times, accounting for a huge percentage of total sales. Every year, Porsche sets new personal best sales records and the Macan just keeps selling more and more units. This massive popularity comes with a massive risk though. If Porsche bets all their chips on a fully electric EV and abandons the gas motor, they could lose a fortune if the project tanks. For this reason, they are taking it slow, easing the rookie into the lineup as the veteran plays his last seasons. Smart move.

The Impact of Porsche Tayan on Macan EV

If the Porsche Taycan pulls its weight in sales and puts in a good word with the public about the Taycan Turismo Sport edition that is coming soon, Porsche will have better success in transforming the Macan into a sales machine EV.

As the tidal wave of electrified vehicles pours into our news feeds, it is easy to get lost in all the manufacturers that are taking that next step. And among those many new cars and SUVs, the once special nature of an all electric E-Tron, or I-PACE, or Mach-E has gone away and turned into a contest for who can release an electric crossover or SUV with a futuristic-sounding name the quickest. But trends will be trends and they will stay hot until no money can be made anymore. And with electric vehicles we have just scratched the surface, even after 15 years of EV prominence. Hence, Porsche will progress with the times and electrify the Macan very soon.