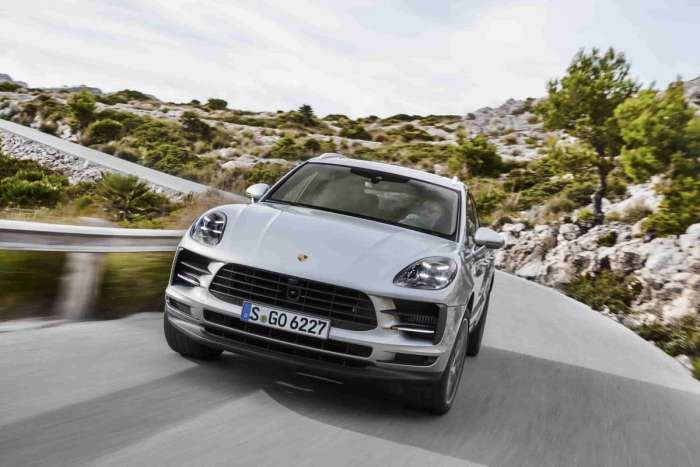 Porsche recently introduced a new member of the Macan line, the S. The Macan S, powered by a 3.0-liter turbocharged V-6, has an innovative turbocharging system that should ensure better responsiveness. The position of the turbo in the V of the manifold should make the turbo more responsive with much less turbolag.
Advertisement

Following the recent launch of the 2019 Macan, Porsche has added to another member to the performance SUV family with the addition of the Macan S.

The critical difference between the Macan and the S is the powerplant. The Macan S features a turbocharged 3.0-liter V-6 engine that turns out 348 horsepower and 354 pounds-feet of torque. The engine marks an increase in both the power and torque over the 3.0-liter twin-turbo V-6 Porsche used in preceding versions of the Macan S.

As a result, the refreshed model can accelerate from zero to 60 mph in 5.1 seconds or 4.9 seconds with the optional Sport Chrono package. Top track speed also increases slightly to 157 mph. It shares its engine with the Panamera, Cayenne, and Cayenne-E Hybrid models.

The new model shares its engine with the Panamera, Cayenne, and Cayenne E-Hybrid models. The new V-6 uses a single twin-scroll turbocharger located centrally in the inner-V of the engine. The layout shortens the exhaust paths from the combustion chambers to the turbocharger. This position increases responsiveness as compared to the previous powertrain.

The Macan S benefits from the updates used in its four-cylinder sibling. They include the continuous LED light bar in the rear and the new Porsche Communication Management (PCM) system. The PCM features a 10.9-inch touchscreen that replaces the seven-inch screen on older models.

Meantime, chassis revisions improve handling and comfort. Porsche made several chassis revisions as part of the Macan facelift. As before, the Macan features staggered front and rear wheels and tires along with the Porsche Traction Management (PTM) all-wheel-drive as standard.

Drivers will also notice a marked advancement in brake pedal feel. And, the new brake rotors gain 10 mm in diameter and are two mm thicker measure 360 mm by 36 mm. All new brake pads are copper free. There is a composite brake option for Macan S.

The Macan S also benefits from all the innovations included in the Macan’s latest facelift. LED headlights are now standard. There is also an optional lighting system available. The new Macan S sports a wide variety of tech and infotainment, as well. Plus, there is an enormous increase in connectivity.

LG's New EV Battery Plant Is a Welcome News for Tesla
Tesla Giga Berlin's New Hurdle: It's Not Only the Gov't, but Now Tesla Itself
END_OF_DOCUMENT_TOKEN_TO_BE_REPLACED