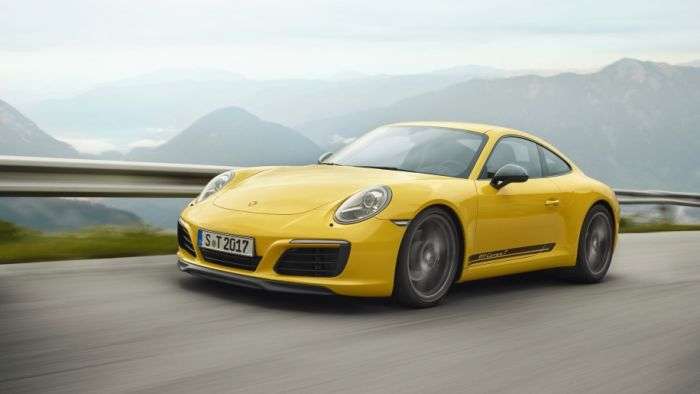 Will Porsche have an electric 911? The short answer is yes

Aside from costing Volkswagen billions – possibly more as official and court actions continue in Europe – the Dieselgate emissions scandal forced the automaker to commit significant resources to electrifying its automotive fleet. Indeed, it promised to have 20 to 25 electric models on the road by 2025.

Indeed, Volkswagen also promised that it would be producing 1 million electrics a year in the same period. At the time the promise was made, about two years ago when the diesel emissions scandal was on its way to a solution here, both hopes seemed to be more fiction than fact.

Volkswagen will make its electric goal

But, now, I believe, the automaker may just make it. How can I tell? Aside from comments made by Volkswagen’s North American chief at the recently ended Geneva Motor Show and from planned expansions to its I.D. family of vehicles, another one of its subsidiaries, Porsche, is moving toward electrification of all of its models. However, while VW may be banking heavily on autonomy – the I.D. Vizzion debuted at the auto show is slated to be autonomous – Porsche vehicles will still have steering wheels for the foreseeable future. The I.D. Vizzion is the fourth member of the new VW family.

Porsche underscored that at the recent motor show. At the same time, the automaker committed to either hybrid plug-ins or fully electric models up to and including the vaunted 911. A plug-in 911 hybrid is said to be in the automaker’s playbook. Stefan Weckbach, e-vehicle development chief at Porsche, confirmed in a Geneva interview, that the 911 would likely go all electric.

“We will be introducing the next generation of the 911 Porsche reveals plans for 911. quite soon, and the new platform will be ready for electrification,” Weckbach said. He added that the automaker hadn’t yet chosen the final technology package or even the timing of the hybrid 911.

With visions of Mission E treatment in the forefront of their thinking, Weckbach explained that the “same answer is there [the Mission E] regarding a fully electric 911.” It will, of course, take some time – at least a couple of years – before Porsche can “realize a car that’s within the 911 package, with racetrack performance, with the weight everybody’s expecting from the 911.”

As you would expect, the 911 isn’t alone in its candidacy for electrification. Porsche eventually plans to have electric versions of all of its models, Weckbach explained. “When is the real timing for electrification of the Panamera?” The Mission E answered that. “When is the right time for an electric 911? We haven’t answered that so far. We do it for every car. We need to do it. We need to be ready if the market asks for it and the technology is ready.”

Porsche wants to have its drivers engaged

As to why Porsche is embracing fully autonomous vehicles, Klaus Zellmer, chief of Porsche Cars of North America, said it comes down to one thing: technical engagement. He pointed to the Porsche 911 GT3 RS, the automaker’s new and winning naturally aspirated race car and contrasted it with the Mission E. Zellmer doesn’t see anything mutually exclusive between the electric (Mission E) and the GT3 RS because both do require lots of driver involvement.