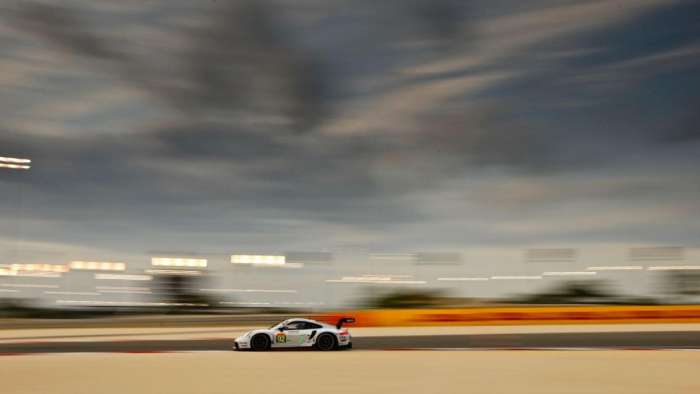 Porsche Finalizes its List Of Drivers Going To Le Mans

With just about 5 months until the clock starts running at France’s most famous circuit, Porsche has named their warriors going to battle in the GTE Pro class at Le Mans. And we’re eager to see what happens.
Advertisement

When Porsche announced they were intending to enter a squad of RSR-19s to race at Le Mans there was speculation around the teams changing up the lineups from last year or keeping the same drivers.

Out of the 4 cars making the trip to the grand finale of the World Endurance Championship, there are a mix of new drivers, remaining drivers, and position changes that Porsche has deemed fit for the job. Returning Drivers Gianmaria Bruni and Frederick Makowiecki will accompany Richard Lietz in driving the #91 Porsche.

As for the #92 RSR, the two favorites and recent 2-peat WEC Champions, Kevin Estre and Michael Christensen, will again join the fight and be accompanied by their very talented teammate Laurens Vanthoor. This #92 car placed furthest down on the leaderboards out of last year's 4 Porsches in GTE Pro. This year we hope to see an improvement.

Overall, both the #91 and #92 driver line ups will be unchanged. The results of last years Le Mans was successful for Porsche as all their GTE cars placed in the top half of the field with a second place finish by the #91 car and a 3rd place result for the #93 RSR.

Now we get to the roster changes. Porsche’s #93 car finished in a desirable 3rd place last year following it’s #91 brother in 2nd, but this year, seasoned drivers and Le Mans winners Earl Bamber and Nick Tandy will spot a new third driver, Matt Campbell. Campbell is a young Porsche Carrera Cup winner who has stepped up to drive the #93 in good company.

Remember Patrick Pilet? He was the 3rd driver of the #93, but with Campbell turning up this year he has decided to move to the #94 car. This team will see the most change in roster, but hopefully not performance. Last year the 4th RSR placed in a well-fought 7th behind 3 Ford GT40 LM cars of which have been extremely successful in the past.

Joining Pilet, will be Mathieu Jaminet, who was a newbie last year for Porsche, and Julien Andlauer, who is also a very new driver in the GTE class. This all-French trio may prove to be a force in Porsche's line up with all the fresh faces on the #94 team. The new 2019/20 Porsche RSR is a completely new car as Porsche claims 95% of the parts are new. This re-imagined car along with the combination of bushy-tailed rookies and steady-handed veterans could culminate into another successful year for Porsche.