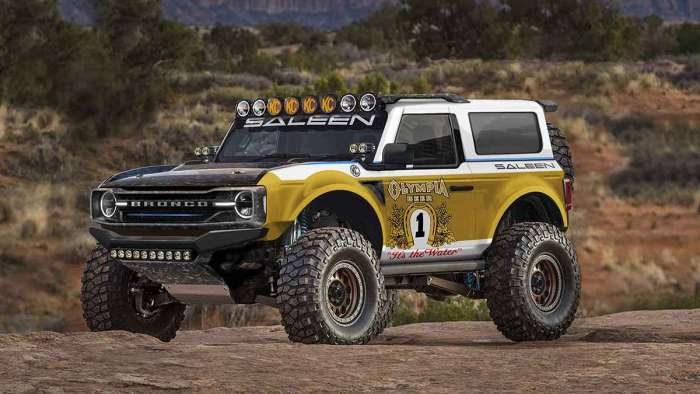 Now that the 2021 Ford Bronco has been revealed, it’s not surprising that the performance-based companies out there would jump onto the Bronco bandwagon. And when you think of Bronco, you think of the off-road icon running the desert and winning at Baja.

Ford touted the Bronco’s rich history all over their website and in all of their promotional materials for the new Bronco. Saleen Automotive, the Southern California vehicle manufacturer, has long partnered with Ford and made modified, performance-oriented vehicles.

Saleen just announced a Bronco that pays tribute to the truck’s Baja racing heritage, but they also give it the full Saleen treatment. The new vehicle pays homage to Big Oly, the infamous machine piloted by Parnelli Jones. Big Oly took on the Mexican 1000 (now known as the Baja 1000) – one of the most grueling endurance races in the world – and achieved the monumental accomplishment of winning the race twice in 1971 and 1972.

Steve Saleen, CEO of Saleen Automotive said, “With the popularity of off-roading, it makes perfect sense to further our off-road lineup with the Saleen Bronco.” He went on to say, “The Saleen Bronco is not only resplendent in a livery reminiscent of the original, but also boasts numerous performance features fans have come to expect from Saleen. We will reveal more details soon, but expect a very capable, high-performance, off-road machine.” 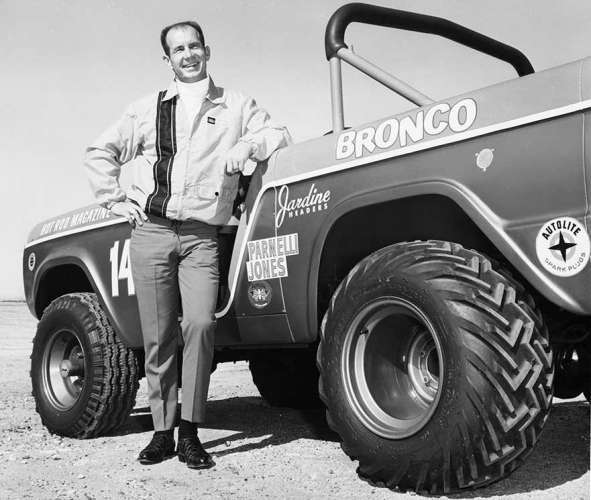 The Bronco’s Success At The Baja 1000
The Baja 1000 is one of the most grueling endurance races in the world. It pits driver and machine against nature. Winning the Baja is quite an accomplishment.

Legendary driver Parnelli Jones won the Baja 1000 twice, in back to back years in 1971 and 1972. The Bronco he drove to two championships was known as the “Big Oly” because it had the Olympia logo on the side.

The Big Oly is a thing of legend and now Saleen pays homage to this Bronco. The Saleen Bronco will not only wear the Big Oly livery, but it will also host numerous performance features you’ve come to expect from Saleen. 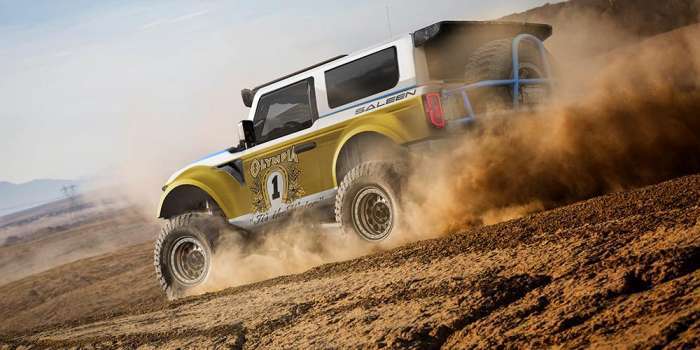 The Saleen Bronco will be available soon. Pricing and power and performance numbers are not yet available. Visit Saleen’s website to request more information or to place an order. 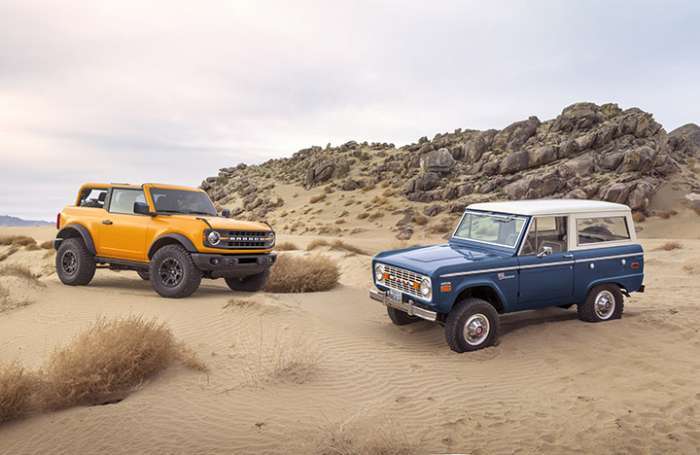 Ford Embraces Bronco Heritage As Part of 2021 Bronco Launch
Ford made several mentions to the Baja racing heritage in their press release for the launch of the 2021 Bronco. In fact, when talking about the new Bronco’s powertrain, Ford mentions the Baja racing DNA and that “each model brings forth a thrilling off-road experience and delivers it with modern, heritage-inspired style. It all began in a Ford design studio with a life-size digital scan of a first-generation model that served to influence the proportions and design of the all-new Bronco for maximum off-road capability and performance.”

All-new Bronco architecture for two- and four-door models is based on a fully boxed, high-strength steel chassis that delivers available best-in-class suspension travel – 17 percent more both front and rear over the closest competitor to thrive in rugged environments.

According to Ford, to deliver thrilling high-speed off-roading and overall driving performance, every Bronco comes with an independent front suspension for improved control, confidence and comfort. At the rear, a rugged solid axle design featuring coil springs with five locating links delivers both strength and off-road control. Long-travel position-sensitive Bilstein dampers with end-stop control valves at every corner are available for added off-road durability and reduced harshness.

An available segment-exclusive semi-active hydraulic stabilizer bar disconnect design provides maximum articulation and increased ramp angle index for off-camber terrain. This innovative system bests competitors by disconnecting during articulation; it can reconnect under all conditions to improve steering and stability at higher speeds.

Segment-first 35-inch off-road tires direct from the factory are available on every trim level of two- and four-door Bronco, while available segment-first beadlock-capable wheels allow customers to elevate off-road capability, regardless of price point.

“Race-bred EcoBoost engines and our segment-first 7-speed manual and available 10-speed automatic transmissions give the all-new Bronco the optimal combination of power, torque and gear ranges to perform in a wide variety of terrains and uses,” said Dave Pericak.

I expect more companies to jump onto the Bronco bandwagon and offer their special edition Broncos. I wrote about this Roush-powered Bronco recently. I also expect car dealers to offer retro versions and high-performance versions of Broncos when they hit the lots next year. Ford already said there’s more than 200 pieces of aftermarket equipment, so there will be customized Broncos all over the road, either from Ford or from companies like Saleen.