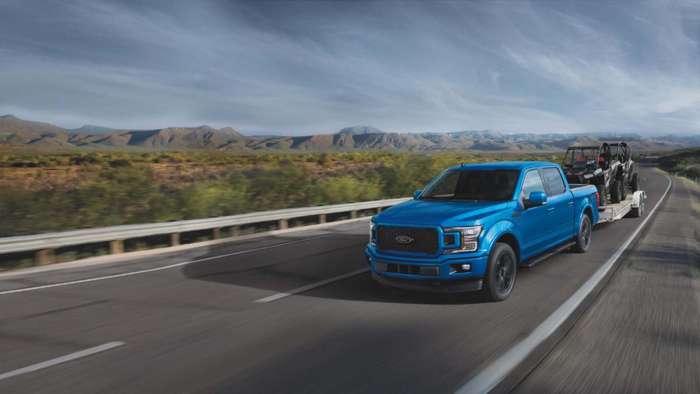 Could there be a surge in sales of V8-powered Ford F-150 trucks due to lower gas prices? The V8 engine option for Ford F-150 has been tailing off in popularity for several years and now trails Ecoboost engines in sales volume.
Advertisement

There’s a lot of doom and gloom in the nation right now thanks to the COVID-19 virus. Ford has shut down some of its production plants and limited overseas distribution altogether. And there’s so much hearsay and negative suppositions regarding the corona virus right now, I figured it was time to maybe focus on some good news.

Gas prices continue to plunge. The current national average for regular gasoline is $2.21. In many parts of the country it’s well below the $2-level. So, with lower gas prices, will this trickle down to the truck consumer? Will there be a surge in sales of V8 engines, specifically will there be more V8 Ford F-150s sold?

I don’t have that answer and trying to figure that out is difficult. So a lot of what I’m writing about here is assumptions and what-ifs. But hey, it’s better than talking about corona virus, at least.

What is the most popular engine for the Ford F-150?
Without a doubt, the 3.5-liter V6 Ecoboost engine is the best-selling, according to Ford. When Ford introduced Ecoboost technology it really revolutionized the truck market. And certainly there was pushback and griping from traditional truck buyers who refused to accept a truck with a six-cylinder engine.

Slowly but surely, Ford has won over the consumer. I’m not stepping on the landmine discussion of what is better V8 or Ecoboost. People have lost friendships over that no-win subject. I’m merely pointing out that the 3.5-liter Ecoboost is the most popular option, and with good reason when you look at the output and performance numbers.

From a fuel-economy standpoint, it’s the second most fuel-efficient engine available for the 2020 Ford F-150. It has an EPA rating of 17 mpg/city and 23 mpg/highway. For the record, the 2.7-liter V6 Ecoboost is the second-most popular engine option according to Ford.

The base 3.3-liter V6 lags somewhere behind those two while the V8 ranks around the same level as the base engine or maybe slightly lower in sales volume. For me, having driven numerous configurations of the F-150, the base engine is not enough power, although the EPA ratings are spectacular at 20/26 mpg.

Sales figures for how many V8s Ford sold last year or expects to sell this year are not known and Ford would not provide that to me. So, much of this is supposition. I would assume that of the five engine configurations the V8 ranks fourth, with the 3.0-liter V6 Powestroke diesel engine likely last.

Comparing the Ford F-150 Ecoboost engines to the V8
When you look at the output numbers of the Ecoboost engines in comparison to the V8, it’s easy to see why they’re a popular option. While the V8 makes slightly more horsepower when compared to the 3.5-liter Ecoboost, the V6 engine produces more torque, which is what matters more to most truck owners, as it shows how much work it can do. 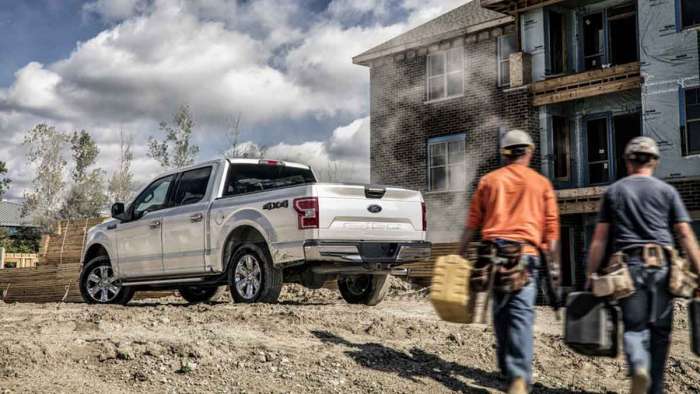 What does the future hold for Ford F-150?
So the numbers don’t seem to lie. V8s have a purpose and definitely a loyal following when it comes to consumers. Many truck owners won’t relinquish that a pickup truck must have a V8. But as that mentality is clearly changing, with V8 sales trailing off, will the current drop in fuel prices sway things back? That is hard to say. My guess is, no, it will not. Ecoboost is here to say, although I don’t think V8 goes away completely, or at least any time soon. It for sure will be part of the next-generation F-150 which is coming soon.

We do know that Ford is developing a hybrid version of the F-150 as well as an all-electric F-150. Both will likely make the V8 consumer grouchy or have them proclaim “it’s not a real truck”, but this is the future.

Regardless of fuel prices, the consumer knows what they want and likewise Ford seems to have their finger on the pulse of the F-150 consumer too. It is, afterall, the best-selling vehicle in America for more than 40 years for a reason.

Be sure to stay up on the current status of the frozen door lock recall and lawsuit going on with current generation Ford F-150. I've written about this recall, which may entitle you to $400 here and also explained the mounting frustration over this issue too.