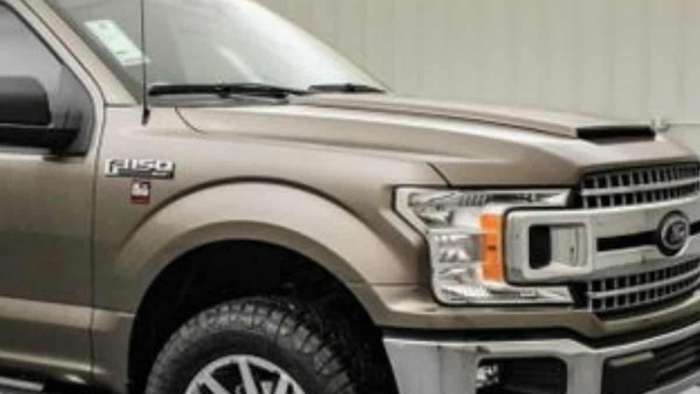 Over the weekend, a major Ford information site -- it is not connected with the carmaker -- announced that the big reveal for the Ford F-150 would come at the end of April. By the end of the weekend, Ford announced the date indicated wasn't real and major auto websites were only too happy to pile on.
Advertisement

I don't know whether it was a trial balloon that blew up and burst or whether it was a case of diversion from an automaker (not the first time and probably not the last). Still, when I looked at The Ford Authority a couple of days, I saw there was a pretty good story by the chief of the auto website that seemed pretty confident that the next-gen Ford F-150 reveal would be April 29 at Ford World Headquarters in Dearborn, Mich.

However, I have to admit that I have been stung by trial balloons in the past. It does happen when you have been an automotive journalist as long as I have. Look at my bio at the end of this piece, and you'll see I have been around for a bit, so it makes sense that during the gazillion-and-a-half years, I have been a car writer that I some trial balloons have popped on me. On average, I think I am ahead on auto trial balloons, using my sourcing. Admittedly, I did work hard on some supposedly true stories that simply went poof.

This time it looks like The Ford Authority (TFA), in its rush to be the first with the reveal date of one of the most anticipated debuts this year, may have leaped into the abyss and come up short. Right now, everyone in the business is beating the bushes, trying to determine when Ford will introduce the 14th generation F-150. Or, perhaps Ford pulled back because it did not have all its quackers in a row. In other words, it wasn't ready to go, and so they pulled back. Who is to say? I recently talked about the upcoming Ford F-150 and some of its changes here. While my colleague Jimmy Dinsmore talked aboutplanned turbocharged engine that will be used in the 2021 Bronco.Meantime, I discussed possible potential changes in the 2021 Bronco.

Websites Begin To Pile On

As you might expect, the online world of automotive journalism was all too happy to pile on when Ford denied the date. Motor1, for example, quite happily, piled on with the official news from the automaker that there would be no exclusive reveal on April 29. Yahoo Auto News was another site that was happy to leap in with its Wellies on, as was Carsnews. Indeed, Yahoo liked Motor1's version of the story so well that they re-ran it word-for-word today (Sunday).

Was there any truth to the rumor that surfaced in The Ford Authority? I would have to say there might have been more than a bit of truth or at least positive activity to the rumor. Why else would Ford and three fairly significant outlets in the web world have gone out of their way to say, "no, nope, nada, rien, nothing to see here," in response to the rumor.

What did The Motor Authority report? First, the story pointed out that the current generation of the F-150 (number 13) has gotten a tad "long in the tooth in some areas." After making that observation, the website said that luckily the new generation was in the wings waiting for a reveal, real soon now.

Here Is An Exact Quite

I could paraphrase this particular notice, but I will use the words of the website:
"Ford Authority has learned that the magic date for the debut of the all-new 2021 Ford F-150 is Wednesday, April 29, 2020. The reveal will take place at a special event at Ford's world headquarters in Dearborn, Michigan."

The story went on to say that the April 29 reveal in Dearborn was to have followed the late March debut of the 2021 Ford Bronco. The new Bronco and the F-150 will use body-on-frame construction. The website said that the intros would give Ford three "highly-anticipated product launches in a single year." They would join the Mustang Mach-E as another anticipated launch as the automaker's first electric vehicle.

When Reveal Occurs It Will Be Exciting

As has been noted in Torque News and other publications, there are many exciting changes to the anticipated Ford F-150 update. For example, the truck overhaul of the pickup will be total. It will undergo a complete redesign and re-engineering. The update rivals the complete change launched in 2015 when the F-150 received an aluminum-alloy body. That body brought significant changes to the vehicle's weight and resulted in fuel savings.

One of the results of the aluminum body panels was a series of "comparison" ads from Chevy, where the GM Division dumped a load of stones into the bed of an F-150 to prove that aluminum panels couldn't stand up to abuse. When you looked at the "damage" to the bed – which didn't have a liner, pretty much standard operating procedure for work trucks – you could see a few bumps and dings, but there was no real damage. It took someone dropping a box of tools into the bed afterward to prove that the bed could be punctured. As noted, it was an interesting series of ads designed to "prove" that steel-bedded trucks were better than those with aluminum beds, Honestly, it's still a mystery why they ran the ads because all it proved was that without a bed-liner, you could beat up a truck bed.

It is important to note, though, that like the many spy shots of the Bronco that have been floating around websites lately, there is a whole new series of spy shots of the new F-150. One of the key features on the new F-150 is its Raptor-like grille sitting between vertically stacked headlamps. Ford evidently wants this to be the central feature of any spy shot stories right now because the test mules have zero camouflage in the way of the new grille, while the rest of the body is quite well covered. From the spy shots, it is clear that Ford has taken a conservative approach using lots of clean, straight lines, though there are some nice curving sections that complete various panels. The cab section (standard, SuperCat, SuperCrew) is well done and uses a very conservative windshield and slight roof tilt. That is about the best I can describe from the spy shots I saw except that the tailgate treatment is, like the rest of the overall design, nicely completed but not surprising.

At this moment, we will just have to wait until Ford is ready to make the F-150 reveal public. Right now, there is not a hint of a date in the wind.

You can keep up with my stories on F-150 and other Ford trucks by reading here. If you have any stories you would like written or investigated please contact me via the forms below.