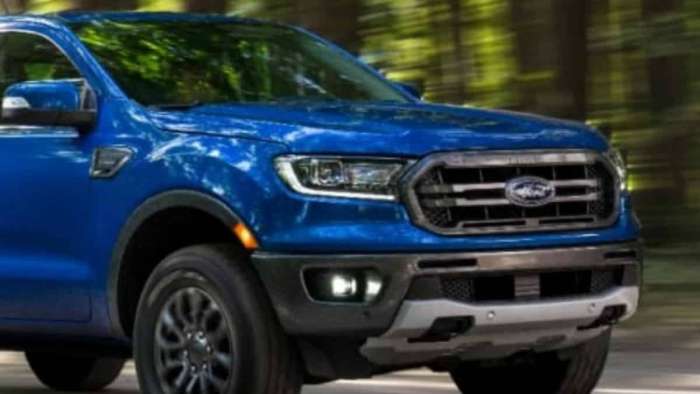 Along with Torque News, the editors of Motor1 and Automotive News had a chance to look at a prototype of the 2021 Ford F-150. In a word, the new model features evolution, not revolution and takes a huge piece of the 2020 Ford Ranger's grille design which is featured here.
Advertisement

Even as the 2020 model year continues to chug along quite nicely, 2021 vehicles are making the rounds of the highways and byways of Michigan as they get their roadway chops driving in real-world driving conditions.

For example, in the last couple of weeks, automotive spy photogs found the upcoming Ford Bronco “playing in the snow.” And, this week, they found the 2021 Ford F-150 pickup out for some on-road miles as it tooled around southern Michigan.

At this stage of their development, you would expect the upcoming models, though covered in camo dressing, to be just about ready to go because they Ford will probably start to available its truck lines for the new pickups in the not to distant future (probably April or so the first “test” models will roll off the line to see what changes may be needed on the F-150, loosening or tightening of the lines.)

According to the guys at Motor1 and Automotive News, a production prototype was seen and photographed in the wild by an auto spy photog in southeast Michigan. The spies reported that the prototype looked production-ready with nothing covering its new front end. To quote Motor1, there wasn’t a “stitch of camouflage hiding the grille or headlights.” Indeed, they said that as they looked, they were “treated to a very close look.”

As to the rest of the truck, Ford used only a very minimal camo. However, the “big news here is obviously the F-150’s revealed face.”

That face showed the influence of the popular Ranger in the grille. Besides the Ranger, though, the auto journos who looked the prototype over found that the headlights are very reminiscent of the GMC Sierra. The lights are stacked, and there is an angled housing. I discuss a major Ranger upgrade that provides Ranger drivers a way home.

If you are looking for a prominent grille – Ram has gone this route – you will be disappointed, as noted, the Ranger is the grille influence. Overall, it looks like the “design is … smooth but still aggressive.” They are still waiting for the full reveal on the F-150.

Interestingly, Ford sent its prototype out into the world with no flapping panels or huge boxes underneath the camo to fool onlookers and spies. They did say that “aside from the eye-distorting nature of the design, what you see is what you get.”

For example, Ford’s “side-king for the front doors” has been kept on the new model, not to mention the omnipresent Ford almost trademark, the external keypad, and its commands to get you into the F-150 (there are other commands, as well).

Unlike would-be competitors – Tesla is one that comes to mind – whose truck sides seem more a gathering of angles and the like that come together into what many in the car business find is rather uninspiring, Ford has retained its slab-sided look. The rest of the bed area – wheel wells, tailgate, and the like, remain the same using the classic lines that have made it the market’s top-seller for 43 years running.

Marc Stern
has been an auto writer since 1971. It was a position that filled two boyhood dreams: One was that I would write, and two that I write about cars. When I took over as my newspaper’s auto editor, I began a 32-year career as an automotive columnist. There isn’t much on four wheels that I haven’t driven or reviewed. My work has appeared in Popular Mechanics, Mechanix Illustrated, AutoWeek, SuperStock, Trailer Life, Old Cars Weekly, Special Interest Autos, and others. Today, I am the Ford F150 reporter for Torque News. I write how-to and help columns for online sites such as Fixya.com and others. You can follow me on Twitter or Facebook. Most of Marc's stories can be found at Torque News Ford coverage. Check back again and search for Torque News Ford F-150 news for more F-150 truck news coverage.