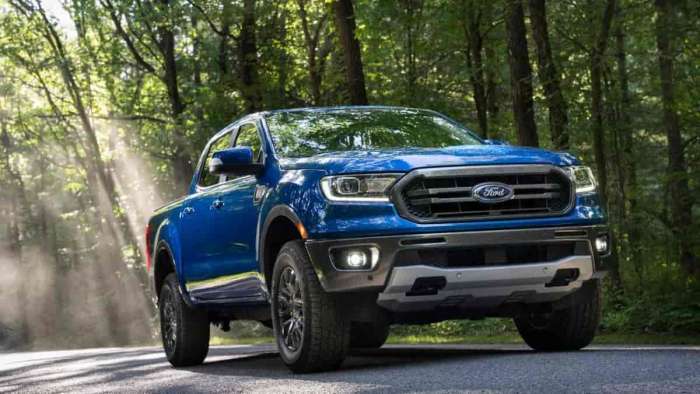 About 175 years or so ago, the Grimm Brothers began writing their famed fairy tales that are still beloved by many today. Though they weren’t the innocent tales that many pretend them to be – some are downright dark – they still entertain many on cold nights. There’s one tale that is especially relevant for the auto industry in 2020 – Hansel and Gretl.

’Breadcrumbs’ Used By Many For Trail Home

No, it’s not the movie of about five years ago, “Hansel and Gretl, Witchhunters,” which sort of twisted the whole story and put a very modern – dressed up in rather fancy leather duds – spin on the tale. No, it’s the story of a little boy and girl who decided to check out a house in the forest. Okay, so the house was inhabited by a witch, and they did run afoul of her, for a bit, but the story ended up okay unless you are rooting for the witch (I know I just gave a spoiler to the many who may not have read the original tale, but I didn’t want anyone worrying about the kids).

One feature of the Hansel and Gretl tale is the tactic that Hansel tried to give them a path home. He brought bread with him, and as they walked along, getting further and further into the forest, he kept dropping a trail of crumbs to point back to their home. Little did he or his sister realize that as they walked along, a trio of blackbirds snarfed up the bits, having a veritable feast for themselves, and, of course, doing H and G no good. Even when they both tried to create the path of crumbs, the birds were there.

Though Hansel’s idea was solid, if it hadn’t been for those pesky birds, he and sis would have had a path pointing to their own home that was straight as an arrow. So, what does this have to do with Ford trucks? Well, for 2020, the automaker has implemented a breadcrumb path on its Ford Ranger midsized pickup NAV systems so that drivers will have a way back to the road. It’s aimed at cutting stress for Ford Ranger midsized pickup drivers. Meantime, as the Ford Ranger Midsized Pickup series offers a new feature Ford is watching its market change as it moves from cars solely to trucks.

The Breadcrumb trail feature works in the background with the Ford Ranger midsize pickup’s SYNC® 3 navigation settings. When activated, the settings drop a virtual point on the map display, while the Ranger is on a trail. When it’s time to head back to the ranch, the Breadcrumbs feature provides drivers with a guide to get back to the starting point – without the need for relocating landmarks.

The Breadcrumbs feature’s basis is satellite technology. Like other Satnav systems, the Breadcrumbs feature queries at least three or more of the universe of low-earth-orbiting navigation satellites to put the dots on the map. According to Ford, the system places a crumb down “every second while” the Ranger is “on the trail.”

The Breadcrumb system technology is available on XLT and Lariat series 2020 Ford Rangers. It is also available on other Ford trucks equipped with SYNC® 3 and navigation technology.

Usually, Ford Ranger midsized pickups come from the factory with reasonable offroad capability, though, it can be better. For example, it is possible to add a lift kit to the front end and raise it, say 2.5 inches, while adding either Ford Performance or Fox 2.0 front suspension pieces for markedly improved roadability and handling to the Ford Ranger midsize pickups.

There’s more you can do to improve the Ranger midsized pickup’s offroad capability. You can add the factory FX4 Offroad Package which includes some exciting features. The features include an electronic locking rear differential and Terrain Management System with Trail Control for situation-specific traction. Other offroad accessories include a winch-capable front bumper, a winch, and the lift (leveling) kit already mention. Each piece helps ensure peace of mind offroad (Breadcrumbs, winch) and the lift kit which improves ground clearance so that you won’t bang things up as you travel over rocks and boulders offroad.