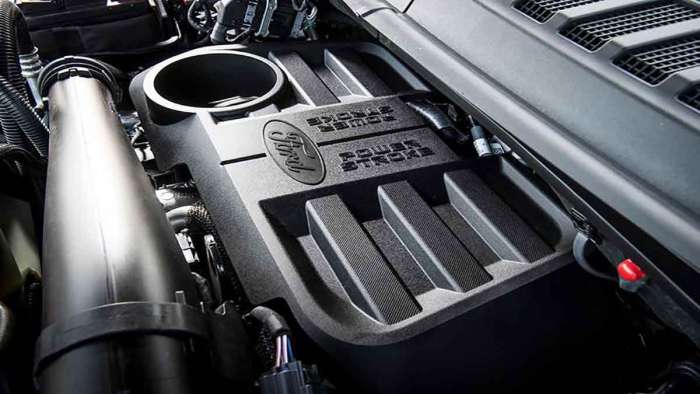 Ford May Not Produce The 3.0-liter Diesel Power Stroke For Next-Generation F-150

Have you noticed how the Power Stroke engines (all engines for that matter) keep getting smaller and smaller? When Ford introduced their smallest diesel engine ever, and first for the 2018 F-150, there were plenty of skeptics. Those same skeptics likely pushed back against Ford’s Ecoboost engines too.

Many old-school truck owners are stuck in their ways. Engines must be big and they must be V8. Or if they’re diesel, they must be big and loud. So, Ford has gone against that grain for several years now when it comes to the current generation F-150. Adding a diesel engine option for the F-150 only made good sense to me.

However, rumors swirl that this small diesel engine will not be part of the next-generation F-150. If that’s the case, I believe Ford is missing a good opportunity to offer a fuel-efficient, towing beast.

Sure it’s a response/reaction to Ram’s EcoDiesel pickup that they launched, but the baby Power Stroke has a lot of merit too.

“For every truck owner who craves strong fuel economy while they tow and haul, we have a new 3.0L Power Stroke V6 that dreams are made of,” said Dave Filipe, vice president global powertrain engineering. “The more you tow and the longer you haul, the more you’ll appreciate its class-leading towing and payload capacity and how efficient it is at the pump.”

Specs for Ford F-150 3.0-liter Power Stroke
This engine was designed and engineered by the same team who developed the 6.7-liter big Power Stroke engine found in the Super Duty line.

The V6 turbocharged 3.0-liter Power Stroke was created with a reduced weight (thus improved fuel economy) and a high-density variable-geometry turbocharger. The end result is less turbo lag and more immediate responsiveness off the line. It has an output ratio of 16:1.

The baby Power Stroke is part of the stellar Ford Lion engine family which has been used in Europe for many years Land Rover vehicles.
Further reduction in weight for the engine comes from cast aluminum alloy cylinder heads. The engine’s total weight is 501 pounds with engine oil.

The 3.0-liter turbodiesel Power Stroke generates 250 horsepower and an impressive 440 pound-feet of torque. When paired with Ford’s 10-speed automatic transmission, it has a towing capability of 11,440 pounds.

What Ford F-150 Trims Are Available With the 3.0-liter Diesel?
When it was initially launched in 2018, the 3.0-liter Power Stroke was only available on the top trims. This upset some Ford truck consumers as there was interest in this powertrain, but many could not afford the Lariat, King Ranch or Platinum trims.

Ford changed that for the 2019 model line, making the turbodiesel available on the most popular trim the XLT. It is available on these trims in both the United States and Canada. 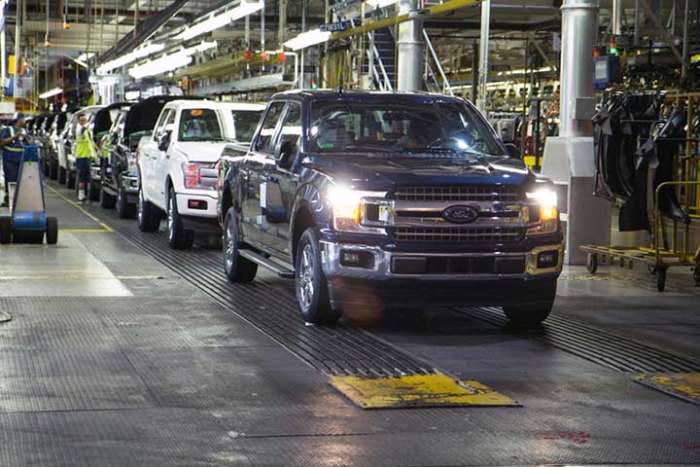 Is Ford Going To Continue The 3.0-liter Power Stroke?
There are rumors that Ford may already be phasing out this engine. When I asked Ford if this was true, I was told no comment. If it’s true, that would be sad as it had a decent following amongst owners who tow a lot, as it offers fuel economy over long trips.

It’s less popular for just the weekend warriors or the daily drivers. Plus, with the Ram pushing the EcoDiesel, it would be ill-advised for Ford to abandon it and let Ram take that market. General Motors announced a delay in their baby Power Stroke rival as they said their inline six-cylinder diesel won’t be available until later in the 2020 model year for some Silverado and Sierra trims. Only time will tell if Ford will continue this niche engine. The 3.0-liter Power Stroke is an impressive engineering marvel for Ford. It should be highlighted and not reduced to an also-ran option or shoved aside as a short-lived option.

Did you read my article on the programs Ford is offering new-car buyers right now? Also, be sure to keep up on the frozen door lock issue going on with current-generation Ford F-150 trucks. And follow all F-150 news, right here on Torque News.

Leave me a comment below about whether you think the 3.0-liter should be continued.