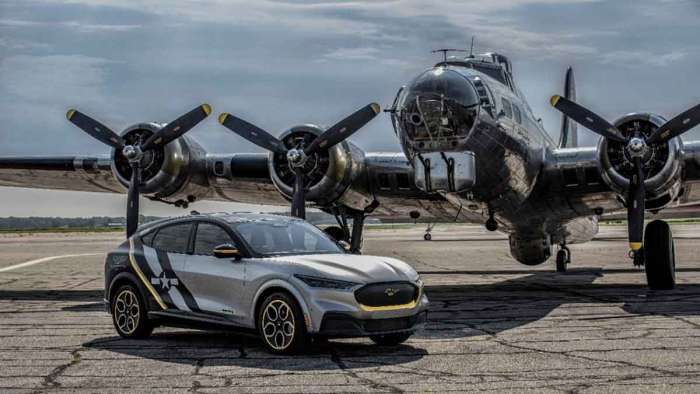 One-of-one Mach-E to be auctioned off with proceeds benefiting Experimental Aircraft Association. Over the years Ford has donated 12 custom, aviation-themed performance vehicles, raising a total of more than $4 million. This is the first time the all-electric Mustang Mach-E has gotten such a build.
Advertisement

There’s an old myth that the original Ford Mustang was named after the P-51 Mustang airplane. It wasn’t, according to many of the people who were at Ford Motor Company during that era. But that legend still follows the Mustang around.

Ironically, Ford has come out with a special one-off Mustang Mach-E that honors female pilots from World War II.

In honor of the humble sacrifices of the Women Airforce Service Pilots, Ford today is announcing a one-of-one custom 2021 Mustang Mach-E inspired by the volunteer female pilots and the planes they piloted during World War II. It will be auctioned at the 2021 Experimental Aircraft Association (EAA) AirVenture air show on Thursday in Oshkosh, Wisconsin.

Proceeds from the auction will support EAA’s initiative to provide young women and underserved youths more access to a career in the aviation industry. Ford has supported AirVenture for more than two decades and has donated 12 custom, aviation-themed performance vehicles, raising a total of more than $4 million. This is the first time Ford has donated an all-electric vehicle.

“It was hard not to get a little teary-eyed as we put the finishing touches on this vehicle,” said Kristen Keenan, Ford designer who worked on the project. “I have never worked on a memorial project before. Commemorating this group of women through the vehicle design was an honor.” 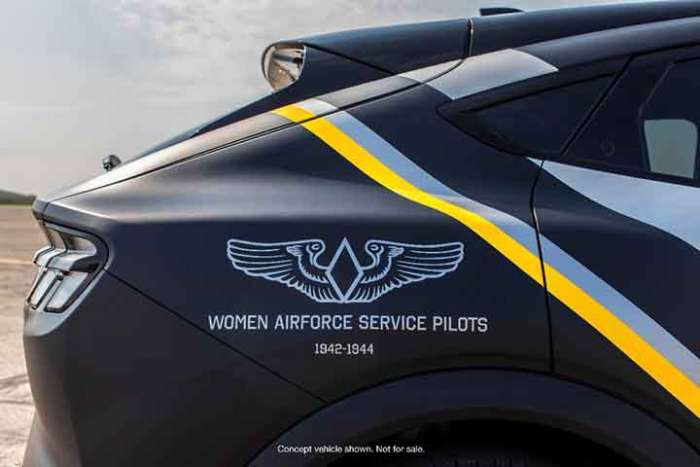 Design Features of Military-Themed Mustang Mach-E
Designed by Ford, this special Mustang Mach-E features a custom paint scheme with military badging inspired by the war planes flown by volunteers. The Women Airforce Service Pilots flew almost every type of military plane in World War II as each rolled off factory floors across America. Badges include the U.S. Army Airforce Star on both sides, wings logo on hood and fender, and the No. 38 on the front fascia, rear bumper, and inside the cabin to honor the 38 volunteers who died in service to their country.

“Ford is helping build the next generation of aviation through their support of EAA, AirVenture and The Gathering,” said Jack J. Pelton, EAA CEO and Chairman of the Board. “This project not only will be a highlight of The Gathering, but its impact will also help EAA reach young adults who are pursuing their own dreams of flight.”

The Women Airforce Service Pilots were a group of American volunteer pilots who were tasked with transporting war planes to U.S. Army bases around the world to be used in combat. These women flew more than 60 million miles in WWII. Despite their sacrifice, they were not immediately recognized as active military personnel until 1977 when the pilots were granted retroactive military status. 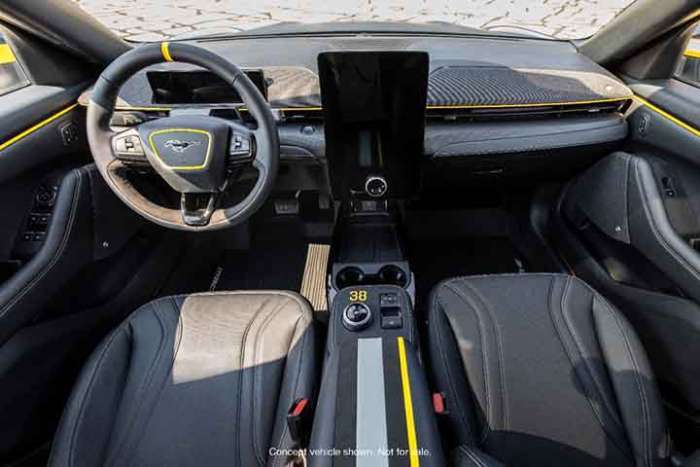 Other Specially-Designed Mustangs With Military Themes
This is not the first time that Ford has donated a custom designed Mustang to support EAA’s educational programs.

Do you like the looks of this special Mach-E? Leave me your comments below.