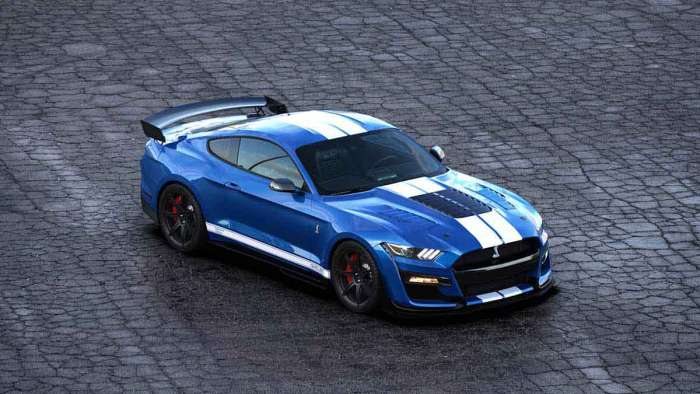 Collector car to be a sweepstakes prize with proceeds benefitting cancer research. 800 horsepower super car to tour the USA as part of charity's awareness campaign.
Advertisement

Today is April 27, therefore it’s 4-27. That number was special for the legendary Carroll Shelby. In fact, his one-of-a-kind Super Snake 427 was just recently sold at auction.

So it seems only fitting that today, Shelby American teams up with Cruise for a Cause, a non-profit organization aimed at raising money for cancer research. Shelby American has been commissioned by Cruise for a Cause to build the “Hope Edition” Shelby GT500 Special Edition The car will travel the United States to help raise funds and awareness in support of cancer research.

“Everyone has been touched by cancer, whether personally or through someone they love,” said Gary Patterson, president of Shelby American. “We were honored to build this one-off car for Cruise for a Cause’s fundraising campaign. While every vehicle built at Shelby is special, we really poured our hearts into building a car that would inspire people to open their hearts and wallets to help eradicate this horrible disease.” 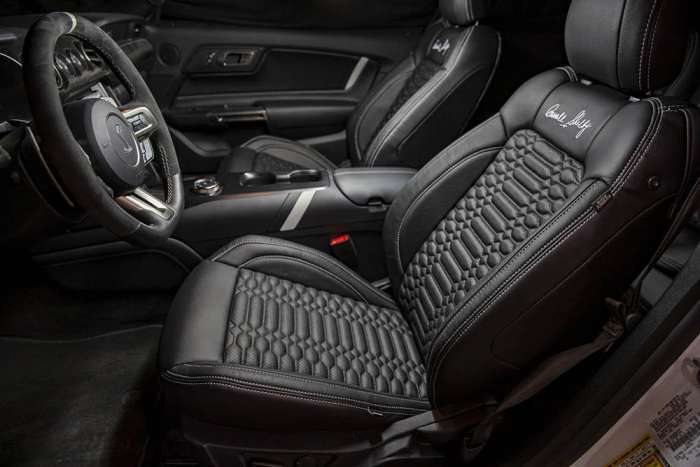 Hope Edition Special Edition Shelby GT500
The “Hope Edition Shelby GT500 builds on the Carroll Signature Edition (SE) package for the 2021 Shelby GT500. It has more than 800 horsepower and a host of upgrades ranging from a lighter dry carbon fiber performance hood with functional air vents to high flow cooling, suspension modifications and styling changes. Shelby American’s SE package takes the 2021 Shelby GT500 and gives it a sharper edge with even greater capabilities, without voiding the warranty. Only 98 SE package vehicles for this model year will be available in North America.

The car is outfitted with a 5.2-liter V8 engine to make more than horsepower (on 93 octane gas). The car is lowered with more track-focused springs to match a new aggressive suspension tune. A new ultra-light, vented dry carbon fiber hood cuts 30 pounds off the top of the Shelby GT500SE.

“Since a portion of the sale from each SE package benefits the Carroll Shelby Foundation, it seemed the perfect foundation for our one-off car,” said Dan Neve, founder of Cruise for a Cause. “Collaborating with Gary Patterson, Vince LaViolette and their team we chose the options that people want the most, like the Carbon Fiber Track Pack and stunning Anti-Matter blue color. Then we added bold ‘Hope Edition’ graphics in key places within and on the outside the car, plus an official Shelby badge noting that it is one of one.” 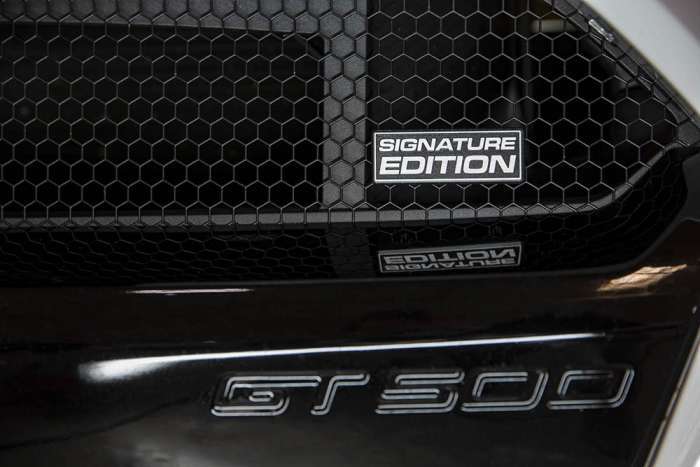 About Cruise for a Cause
Neve founded Cruise for a Cause in 2010 after his mother and wife Linda were each diagnosed with breast cancer, only about one month apart. At the time, Neve was pursuing his dream car, the new 2010 Shelby GT500; that is when Shelby American became an integral part of his mission. Neve bought a Shelby GT500, which was added to the Shelby display at the EAA Airventure in Oshkosh, Wisconsin. It was there that Neve became friends with Carroll Shelby and his team.

“My initial plan was to travel and deliver hope wherever I could for one year,” said Neve. “Now after traveling thousands of miles and attending hundreds of events, Cruise for a Cause is known across the country for our dedication to supporting cancer research. We still continue to meet with survivors, victims and caregivers to offer hope to those who battling this terrible disease.”

Today, Cruise for a Cause has no paid employees as Neve donates his time to the charity. The car was unveiled via social media on April 24, 2021, at the Shelby American facility in Las Vegas. Aaron Shelby, grandson of Carroll Shelby, Shelby president Gary Patterson and vice President Vince LaViolette were part of the vehicle introduction. The Hope Edition will make its public debut at the Shelbyfest event in Jefferson City, Missouri, on May 6. Sweepstakes information will be available there, as well as each stop and at https://cruise4acause.org/. 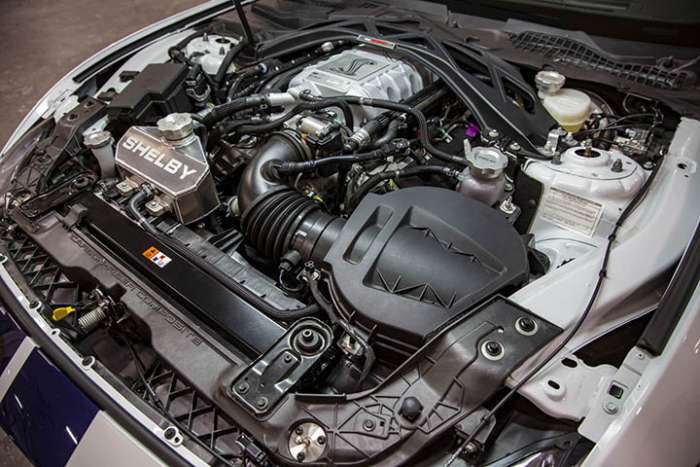 About Shelby American
Each vehicle from Shelby American is documented in the official Shelby Registry. The cars come with a 3 year/36,000-mile warranty; the powertrain warranty from Ford remains intact.

The Carroll Shelby Signature Edition post-title package is available through Shelby American and is built at the Las Vegas facility. A limited number will be built by select Shelby mod shops and distributors internationally. Individuals interested in these or any other Shelby vehicle can visit their local dealer or go to this link.

Tomorrow, on 4-28, I will have a special story about the 1969 Mach 1 and it’s magnificent 428 Cobra Jet engine. What’s your favorite Mustang engine of all time? Leave your comments below.