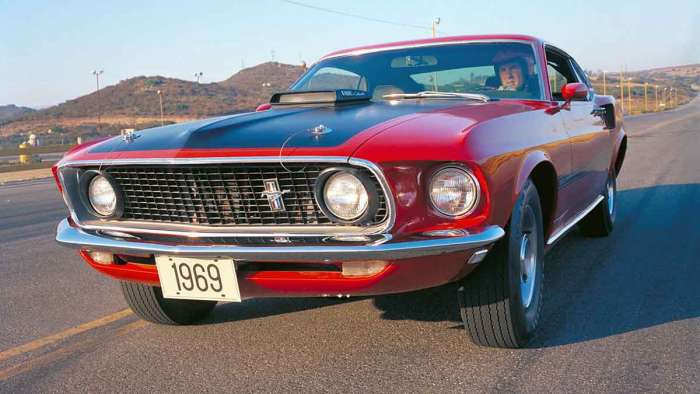 Introducing the 428 performance-oriented engine helped cement the Mustang’s legend. You could argue that the 428 Cobra Jet engine and the 1969 Mustang Mach 1 helped Ford stay ahead of the competition. Ford now turns to 2021 Mach 1, to continue the legacy.
Advertisement

Here on April 28 (4-28) there’s no better time to reminisce fondly over one of the best engines and best cars in the 57-year history of the Ford Mustang. Of course I’m talking about the 1969 Mustang Mach 1 and its performance-oriented 428 Cobra Jet engine.

The name alone sounds incredible – Cobra-Jet. Adding the bigger engine to the late 60s-era Mustangs required some redesign work. But, these classic and highly-collectible muscle cars did not get a complete overhaul, but merely worked over by designers to account for the bigger engine.

And the work those designers did, along with the engineers, helped build the Mustang’s lore and contributed to Ford leading the way in the muscle car era. 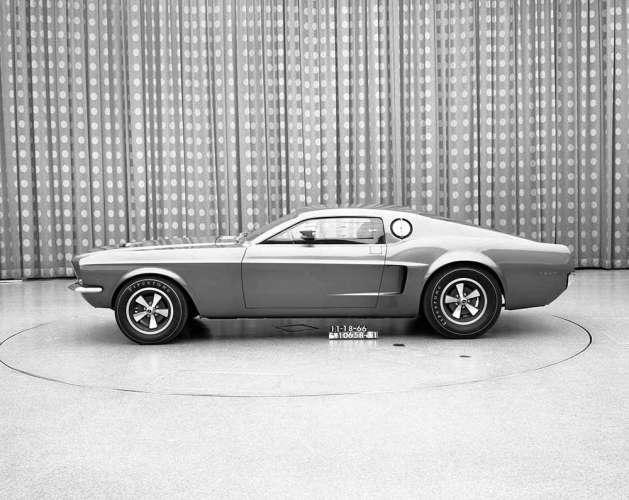 In my book Mustang by Design, original Mustang designer Gale Halderman said that Ken Spencer was one of the designers of the 69 Mustang. Gale said: "That car came together easily. Everybody loved it. Until about that time, we didn't really have a good engine for the Mustang. The big-block engine had the biggest impact on the way the styilng would go for the Mustang," Gale said in the book.

For this article, Ford provided me a lot of historical photos and information related to the 428 and Mach 1, including a press release dated August 28, 1968. In that release, they tout the Mach 1 as a “SportsRoof performance model”. 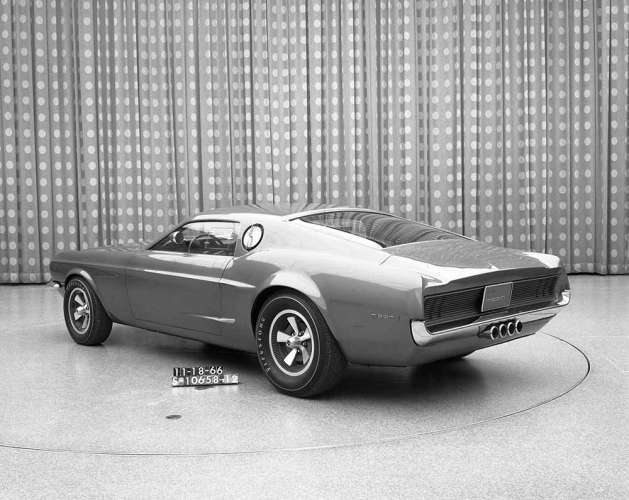 1969 Ford Mustang Mach 1
The creation of the Mach 1, with the 428 Cobra Jet, ushered out the highly successful GT models from the Mustang family. Certainly the GT Mustangs are beloved and collectible and with their success, they helped give birth to the Mach 1. You couldn’t have one without the other, in my opinion.

Ford’s press release said that 428-cubic-inch displacement Cobra-Jet V8 with Ram-air induction made 335 horsepower. That is impressive performance for that era. Hot Rod magazine proclaimed the Mach 1 with the 428 “the fastest running pure stock in the history of man.”

That’s a pretty bold statement and full of some hyperbole in my opinion, but it also shows the immediate credibility the Mach 1 and the 428 brought to the Mustang logo. Ford’s pony car had truly evolved and found its groove. 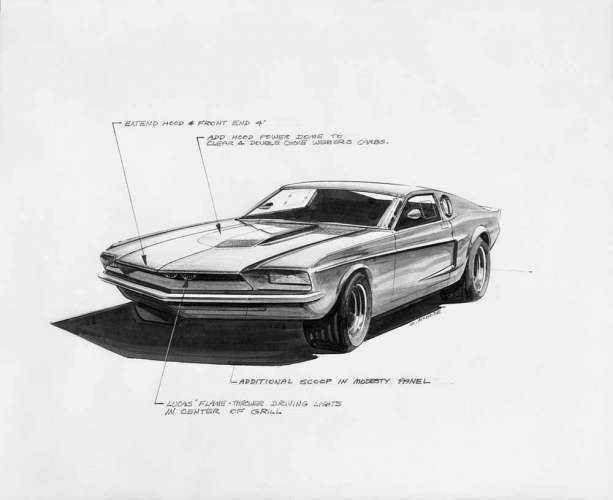 Having initially been designed as a coupe and a convertible, with the popular fastback coming around a little later, the first couple of years of the Mustang had mass appeal and was even dubbed a “secretary’s car.” That’s a pretty long distance from what the Mach 1 was, which was a tried and true, American muscle car.

Mustang Mach 1 Early Success
It’s hard to follow the success of the Shelby Cobra GT500 KR, which also had the 428 Cobra, but the Mach 1 did so. Ford’s PR information to the media back in the day laid it out pretty clearly:
“The Mach 1 Sportsroof production model takes on a definitive drag racing theme with an aggressive flat-black hood, integrated rear spoiler and front air dam and racing hood tie downs.” 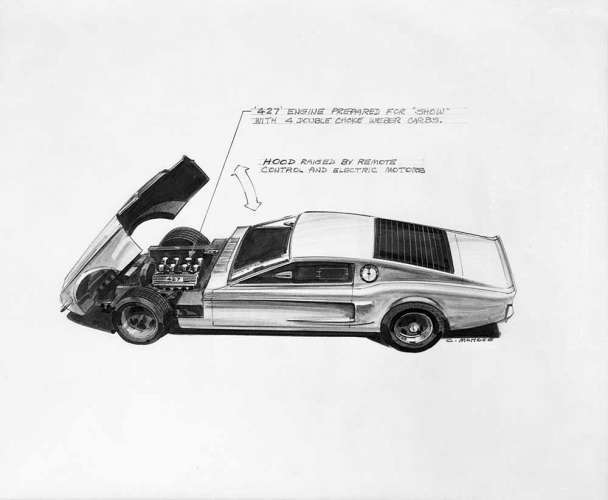 It had a tested track time of 0-60 mph in less than seven seconds, according to Ford. As a result, the Mach 1 helped vault the muscle car sales, as the GT was lagging at that time, with sales of more than 72,000 units sold. 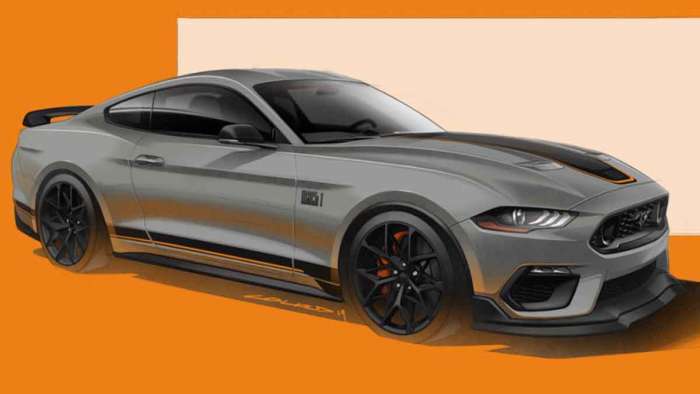 Ford Looks To Revive the Mach 1 Name In Hopes Of More Sales Success
History has a way of repeating itself. Ford discontinued the GT350 and the Bullitt Mustang as those two performance-oriented muscle cars give way to the third iteration of the Mach 1.

The 2021 Mustang Mach 1 returns to the Mustang stable with a big powerful engine. Clearly, Ford is excited about this and they hope it can breathe some new life into the somewhat stagnant sales of the Mustang.

In the press release announcing the 2021 Mach 1 officially, this quote from Jim Farley, Ford’s chief operating officer and known muscle car enthusiast said it best: “The Mach 1 is one of those special Mustangs that truly brings a smile to the faces of our owners, enthusiasts and fans – including me – so there’s never been a better time to bring back Mach 1 and have it go global too.”

The all-new Mustang Mach 1 is set to become the most track-capable 5.0-liter Mustang ever, courtesy of a newly designed front end, plus Ford Performance parts from Mustang Shelby GT350 and Shelby GT500 models and an available Handling Package for greater at-limit handling. 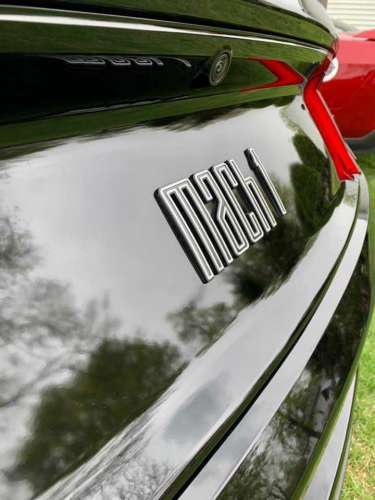 Will the 2021 Mustang Mach 1 Lead A Muscle Car Revitalization?
Trying to compare engine performance now versus the 1960s is not fair. Obviously today’s cars are faster with so much more performance technology. That’s why, here on 4-28 it’s great to look back at a marvel like the Cobra Jet 428 engine and hold it in such awe and esteem. It was so far ahead of its time and could rival the performance of today’s V8s.

The better question is, can the 2021 Mach 1, do what the original 1969 Mach 1 did, and breathe new life into the Mustang as a muscle car? The Mustang has stiff competition from Dodge and has also lost some of the enthusiasm from the hobbyists with the launch of the Mustang Mach-E. As great as the Mach-E is, it’s no Cobra Jet or Mach 1.

That’s why it’s great to see the legendary Mach 1 return and hopefully it has huge success and continues to grow and build the iconic status of the Ford Mustang.

What say you? What is your favorite Mustang engine of all-time? Leave me your comments below. Special thanks to Ted Ryan Ford’s Archives and Heritage Brand Manager for providing the photos here and the old press releases. I love stuff like that.