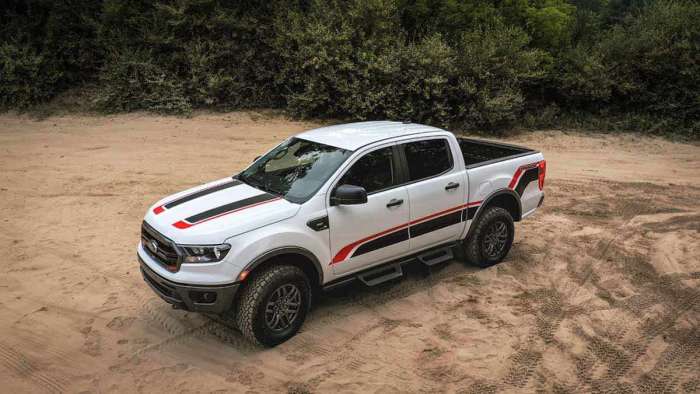 New Tremor Off-Road Package available on 2021 Ranger creates the most off-road-ready factory-built Ranger ever offered in the U.S., adding a new level of all-terrain capability without sacrificing the everyday drivability, payload and towing capacity Ranger owners expect. Package pricing is $4,290 MSRP. 2021 Rangers equipped with the Tremor Off-Road Package will be built at Michigan Assembly Plant in Wayne, Michigan, with production slated to begin early next year.
Advertisement

The criticism of the new Ford Ranger (re-introduced by Ford in the 2019 model year) was that it wasn’t very rugged or off-road ready. Ford seems to have answered that criticism by announcing a Tremor package for the Ford Ranger starting in the 2021 model year.

I already wrote, to some controversy, that I thought the Ford Ranger was already better than the Toyota Tacoma. The one area I felt the Tacoma had over the Ranger, even with the Ranger FX4 was that the TRD Tacoma was really rugged. Now, I think Ford responds aptly with this announcement. 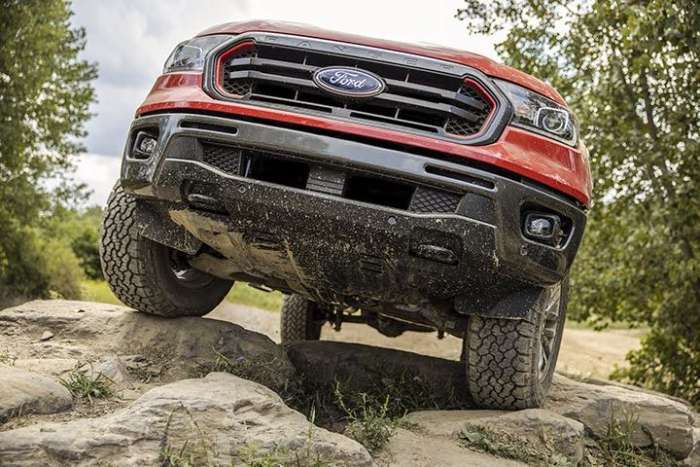 Tremor boosts Ranger’s off-road metrics, including a 30.9-degree approach angle, up 2.2 degrees from the base SuperCrew 4x4, a 25.5-degree departure angle, which is up 0.1 degrees and a 24.2-degree breakover angle, up 2.7 degrees. 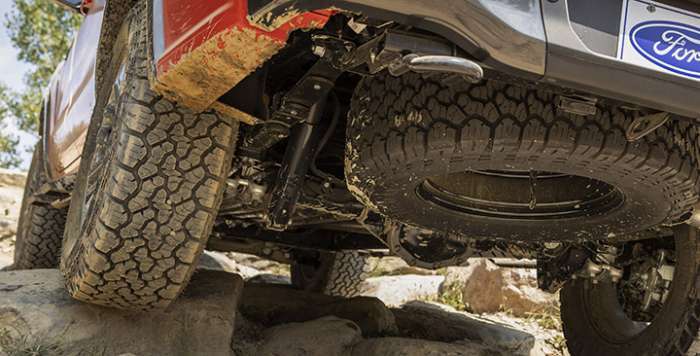 Ranger Tremor comes with two new recovery hooks in the rear, in addition to the two up front. It takes a wider profile thanks to the Tremor-specific General Grabber all-terrain tires, wheels and wider wheel lip moldings. New hoop steps give Ranger Tremor additional off-road styling and functionality without sacrificing ground clearance.

Despite its improved off-road capability, Tremor maintains Ranger’s utility in everyday adventures with a smooth, comfortable on-road ride, plus 1,430-pound maximum payload and available 7,500-pound maximum towing capacity, so customers can haul bikes, boats, campers and other gear on their adventures.

Customers can now also control accessories like winches, lights and air compressors thanks to Tremor’s six-switch auxiliary power bank mounted to the dash with rated loads of 25 amps, 15 amps and 10 amps, plus three switches at 5 amps. I wrote about accessories offered by Roush Performance, where you can increase horsepower on your Ranger.

Interior differences of Tremor Package on Ford Ranger
Tremor adds new styling features inside and out. The grille features a Magnetic-painted surround with black bars running across the middle and red nostril accents in the corners. Special badging comes on both sides of the cargo box, and an optional hood and body graphics package adds extra personalization. The stylish interior features seats with Miko suede inserts and “Tremor” stitched into the seatbacks, as well as black accents.

I recently drove an awesome Ford F-250 Super Duty with the Tremor Package and it was outstanding. You can read my thoughts on this big truck here. 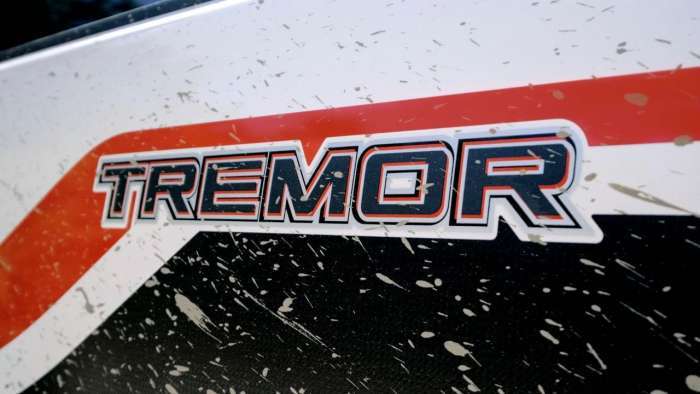 Is there more engine performance for the Ford Ranger Tremor?
No. There is no increase or decrease in overall engine output for the Ranger Tremor.

“No matter if you’re on-road or off-road, your truck needs to be tough,” said Callander. “That’s why toughness is engrained in Ranger’s DNA throughout design, engineering and testing. Tremor gives you the added confidence to get to where you need to go because it’s engineered to the same standards you expect in a Built Ford Tough truck.”

How much will the Tremor Package cost for the 2021 Ford Ranger?
The Tremor Off-Road Package is available on mid XLT and high Lariat series 2021 Ranger trucks with SuperCrew 4x4 configuration. Package pricing is $4,290 MSRP. 2021 Rangers equipped with the Tremor Off-Road Package will be built at Michigan Assembly Plant in Wayne, Michigan, with production slated to begin early next year.

Alright Ford fans, it seems like folks over in Dearborn are listening to their customers. First, we learned that the 2021 Bronco will get the manual transmission option for the Sasquatch trim, which is an about face change from the initial launch, but now Ford answers legit criticism over the Ranger.

There are many new vehicles I’m looking forward to in 2021 from Ford, but now I’m adding the Ranger Tremor to that last.

What say you? Does this make you more likely to buy a Ranger now and if so, would it sway from buying the Ranger over something like the F-150 or Bronco? Leave me your comment.