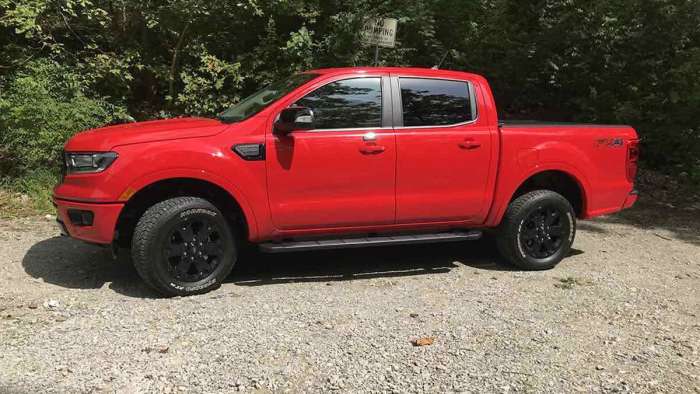 Why The Ford Ranger Is Already Better Than The Toyota Tacoma

My first time in the Ford Ranger was right after Ford relaunched the smaller truck in 2019. The model I was in was stripped down and bare boned. In my review back then I was critical of how outdated the Ranger felt and how it lacked much of the pizzazz needed to compete in the truck segment.

While it’s true that trucks aren’t always glitzy and glamorous, especially in the compact truck segment, they still need to have enough. After spending a week in the 2020 Ford Ranger Lariat Supercrew, I’m ready to proclaim that the Ranger can compete with the Toyota Tacoma.

The Ranger and Tacoma are familiar rivals. The Tacoma has been around since 1995. At that time sales of the Ranger were starting to tail off a little. Ford would eventually eliminate the Ranger in the North American market by 2012, while the Tacoma remained, almost unrivaled as other auto manufacturers also jumped out of the segment. And as my colleague John Goreham wrote, the Tacoma has thrived atop the segment.

As such, Toyota was able to gain a strong footing amongst consumers who wanted a smaller truck. But, during this time, Toyota got somewhat complacent. And as Ford re-engaged in the segment, Toyota could no longer sit back on its laurels with the Tacoma. 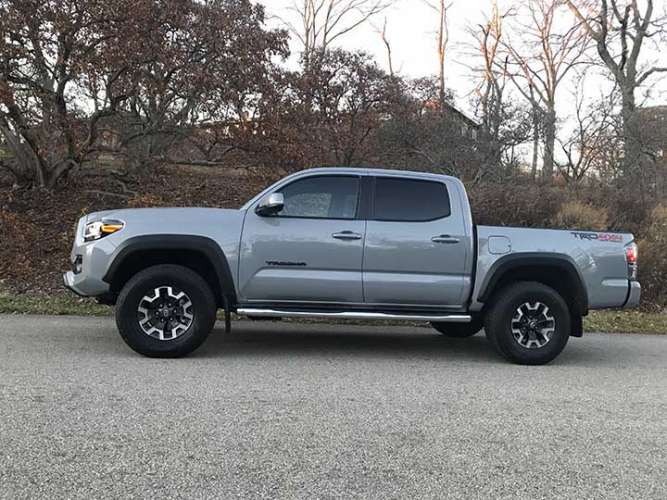 Towing and Payload Comparison
You hear a lot about payload and towing in the full-size truck segment, where Ford dominates with the F-150, but since re-engaging in the compact truck segment with the Ranger, Ford has decided to make an emphasis on how much of a work-capable truck the Ranger is.

If these are the numbers the consumer looks at, then the Ranger wins handily. 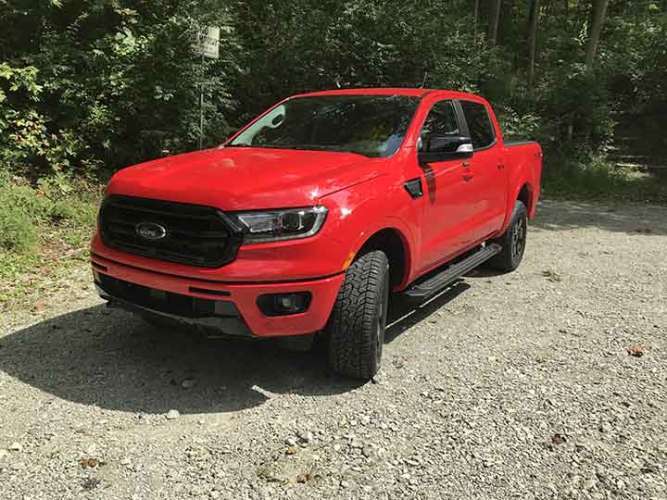 Tale of the tape: Tacoma vs. Ranger
It’s funny, I remember the Ranger of the 1990s and early 2000s as looking and feeling small. My first impression from the 2019 Ranger was that it looked like it was the same size as the F-150 and it certainly drove big.

That isn’t necessarily the case with the Tacomas I’ve driven. The Tundra drives big and hulky. And the Tacoma, even with the rugged and rough-riding TRD trim, still doesn’t feel like a behemoth. I will say that my time in the 2020 Ranger it did feel smaller and drove smaller. 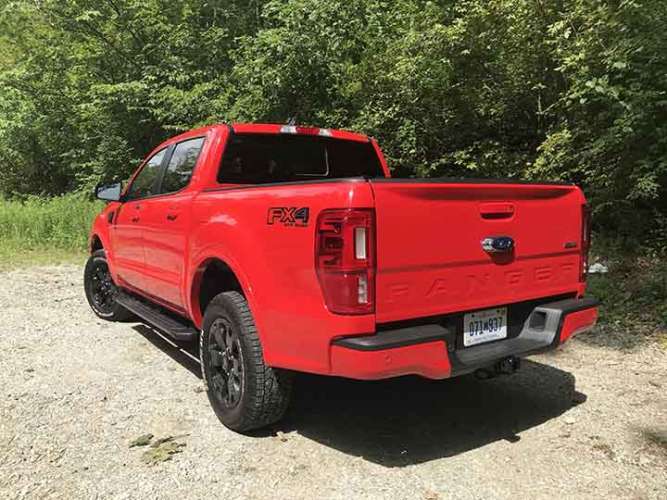 That’s a good thing, to be clear. And looking at the dimensions it’s a weird head-to-head comparison. The Tacoma wins the tale of the tape in length with 212.3 inches to the Ranger’s 210.8. The Tacoma also edges out on wheelbase by a small fraction.

The Ranger is 1.1 inches wider than the Tacoma and nearly an inch taller. And the bed length, one of the biggest selling points for truck consumers, the Ranger is much bigger with a bed length of 72.8 inches to the Tacoma’s 60.5 inches. 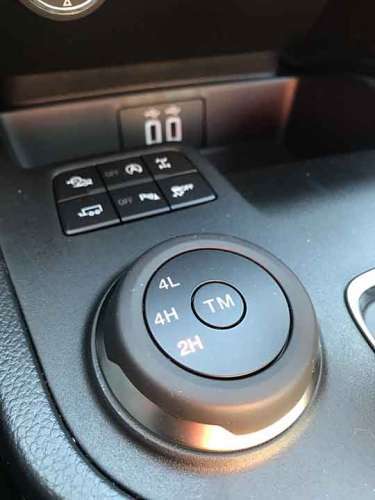 Comparing the engines of the Toyota Tacoma to the Ford Ranger
Where I believe Toyota has sat still for too long is in the powertrain of the Tacoma. The Tacoma only has a six-speed automatic transmission that is adequate, but uninspiring. In the 2020 Ford Ranger there’s Ford’s new 10-speed automatic transmission. It throws the shifts around seamlessly and does a great job in the lower gears too.

When driving a truck, even a smaller one, it’s all about torque for me. While the Tacoma’s engine puts out slightly more horsepower (278 hp compared to 270 hp), the Ranger’s 2.3-liter four-cylinder turbocharged engine offers up significantly more torque than the Tacoma (310 lb.-ft. to 265 lb.-ft.

The energetic turbocharged engine in the Ranger feels more vibrant and more powerful. Ford has really done a great job with their turbo technology in both the Ranger and the F-150 (and even the Mustang for that matter).

The Ranger also wins the fuel economy battle with the Tacoma clocking in at 18 mpg/city and 22 mpg/highway to the Ranger’s 20/24 rating. 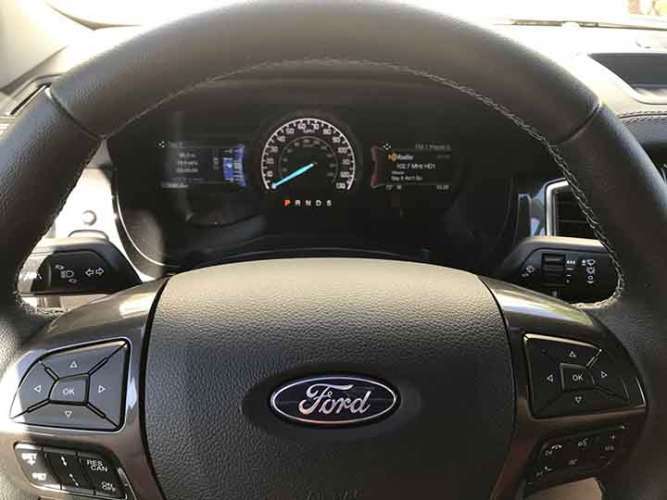 Off road capability: Ranger FX4 vs. Tacoma TRD
Ford knew they were behind in this consideration so they added the FX2 package to the Ranger in the 2020 model year. When appointed with the FX4 it is pretty rugged and capable.

There aren’t true measurables to determine which one is better, but Toyota has mastered the off-road trim by offering a special, and pricey, TRD trim. It is a beast off the beaten path. So the Tacoma won’t get outdueled in the mud and rock by the Ranger, even one appointed with the FX2 of FX4 trim.

The Ranger I drove was able to toggle between two-wheel drive and four-wheel low or high. That is a nice option to only use all the wheels when you need them, rather than all the time, and costing fuel economy too. 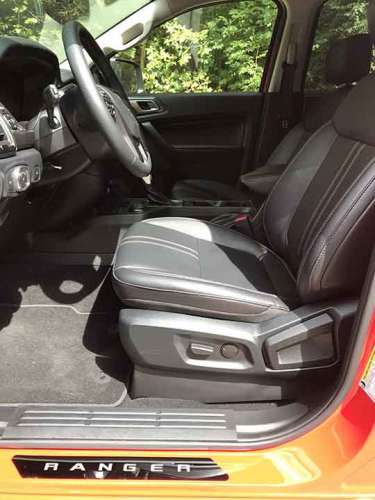 Comparing the interior of the Ford Ranger to the Toyota Tacoma
Toyota has sat back for a while and let a lot of their competition catch them in interior quality. It’s especially obvious when looking at some of their sedan line. In the truck world, it’s also the case.

While the Ranger isn’t dripping with luxury (like some F-150 trims), it has enough. My tester was the Lariat trim which is the swankiest trim available. It comes with remote start, Ford’s SYNC3 infotainment system, and leather-wrapped steering wheel and shift knob.

I often think trucks are too over-the-top appointed, and thus too expensive, so I think the Ranger finds its sweet spot when it comes to appointments and touch points. Comparing the two, the Ranger’s interior feels a little more updated and a little nicer than the Tacoma’s.

Both infotainment systems are easy to use, but I do like the vast improvements Ford’s made to the Sync3 system and I look forward to the soon-to-be-released Sync4. Toyota is due a major overhaul of the Tacoma and of the interior for sure in order to remain relevant. 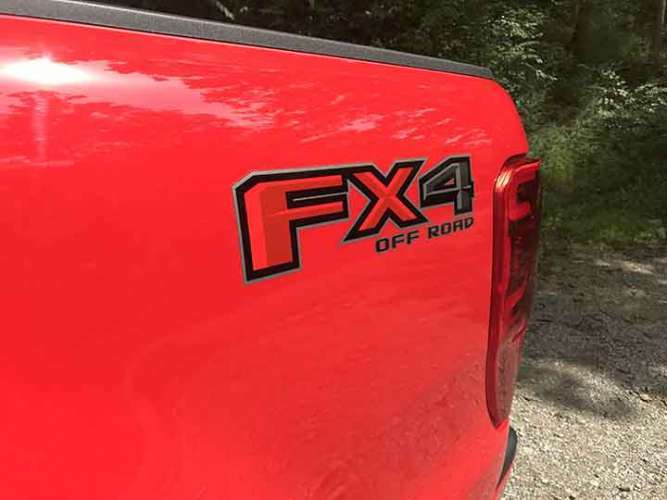 I always hear about prices from readers and I get it. Everything is expensive, even these smaller trucks.

So, there’s a pretty fair comparison of the Toyota Tacoma and the Ford Ranger. As always, things are subjective. I like both trucks. If you had asked me last year which I liked better, I would’ve given the edge to the Tacoma. But after an impressive week with the 2020 Ranger, appointed the way I like it, the edge in my book goes slightly to the Ranger now. Hey, competition is good, so hopefully this segment continues to heat up and the consumer wins out with the ensuing competition.

I want to hear from you tried and true Toyota fans out there too. Where did I go wrong? Am I wrong? Leave your comments for a good discussion. Also be sure to check out my thoughts on why the 2021 Ford F-150 is better than the 2021 Toyota Tundra.

LG's New EV Battery Plant Is a Welcome News for Tesla
Tesla Giga Berlin's New Hurdle: It's Not Only the Gov't, but Now Tesla Itself
END_OF_DOCUMENT_TOKEN_TO_BE_REPLACED