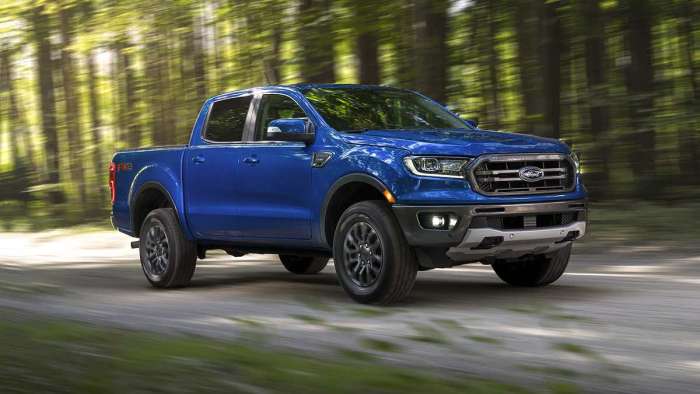 Ford is introducing the new Ranger FX2 Package as another choice for customers who want off-road styling and capability in a two-wheel-drive offering. Ford already offers the FX4 package on their four-wheel drive Rangers.
Advertisement

Built Ford Tough means many things to many people. Ford’s trucks have had that moniker for many years. In a recent article I wrote about the Ranger, as it compared to the Jeep Gladiator, I pointed out that the Gladiator was considered tougher because of Jeep’s off-road reputation.

What Is Included with the Ranger FX2 Package?
According to Ford, Ford is introducing the new Ranger FX2 Package as another choice for customers who want off-road styling and capability in a two-wheel-drive offering.

“FX2 expands Ranger’s options for customers who want tough, off-road style with the functionality of a locking differential but don’t need four-wheel drive,” said Brian Bell, Ford Ranger marketing manager. “This is another way our customers can personalize Ranger to match their lifestyle while getting a great value.”

The Ranger FX2 has 17 or 18-inch off-road tires and tougher-looking exterior. There is a front underbody guard that will protect the under carriage during off road adventures. Consider this similar to Toyota’s TRD trim, although it’s important to note that Ford offers the FX2 as a package available for any trim level on the Ranger. 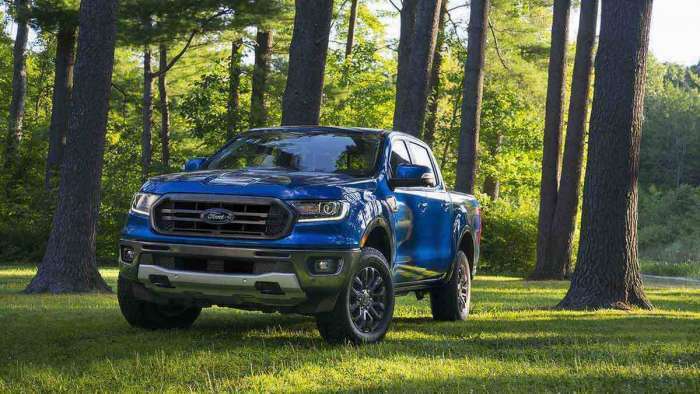 The X2 Package includes an electronic-locking rear differential and off-road-tuned suspension for increased traction and performance off-road. Ford’s off-road cluster screen adds to the FX2 experience inside, where drivers can see pitch, roll and yaw in real time.

“We’re seeing sales trends that tell us to grow Ranger’s capability and appearance options even further,” said Chad Callander, Ford Ranger consumer marketing manager. “The FX2 Package is a result of us listening to our customers and what they’re demanding from their trucks.”

The FX2 Package is available for $595 (excludes taxes) and can be ordered at dealers now.

The FX4 package is available for $1295 and can be ordered at all trim levels.

These off-road packages are important to some truck buyers. It is part of a consumer-driven customization mindset that is prevalent in the truck world. It’s good of Ford to recognize this and it’s also good that Ford offers both the FX2 and FX4 on all trims as opposed to the Tacoma where you have to buy the more expensive TRD trim.

“What’s most important for our customers is that any personalization offering starts with Built Ford Tough DNA,” said Callander. “You know Ranger is going to live up to Ford’s proven truck standards, however you customize it.”

Torque News reporter Marc Stern wrote about this neat new feature found on the Ranger that would be ideal for off-roading fun in the Ranger so you don't get lost in the woods.

Jimmy Dinsmore has been an automotive journalist for more than a decade and been a writer since the high school. His Driver’s Side column features new car reviews and runs in several newspapers throughout the country. In addition to being a nationally syndicated automotive columnist, Jimmy has been published in a compilation book about children growing up with disabilities, where he shared his own very personal experience. He is also co-author of the book “Mustang by Design” and “Ford Trucks: A Unique Look at the Technical History of America’s Most Popular Truck”. Also, Jimmy works in the social media marketing world for a Canadian automotive training aid manufacturing company. Follow Jimmy on Facebook, Twitter and LinkedIn. You can follow most of Jimmy's stories at Torque News Ford coverage. Check back again and search for Torque News Ford Ranger for more Ranger reporting from Torque News.