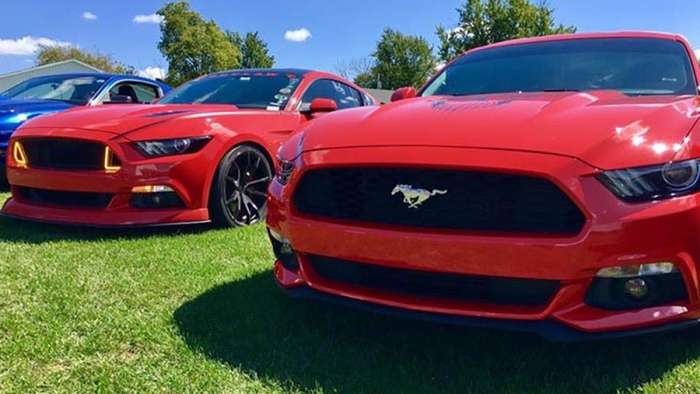 I already wrote about the awesome Ponies in the Smokies event that’s coming up this spring. But pre-registration is open now for the 12th Annual American Muscle Mustang Show. This show takes place Saturday, June 13 at the Maple Grove Raceway in Mohnton, Pennsylvania. The address is 30 Stauffer Park Lane which is located between Lancaster, PA and Redding, PA, and is just northwest of Philadelphia. So the location is pretty convenient for many various Mustang clubs. The rain date is June 20th, but let’s not even jinx it by talking about rain.

What Are The Details Of the American Muscle Mustang Show?
Gates open at 9 a.m. and this event on June 13, runs from 10 a.m. to 4:30 p.m.. More than 10,000 Mustang enthusiasts are expected again this year. There are also raffles, trophies, racing and special guests throughout the day. Registration starts at $25 and proceeds benefit the outstanding Make-A-Wish Foundation. An early bird sign up is going on, and prices will increase after this date. Registration includes a swag bag and $10 coupon for American Muscle gear. Vendors will be on site as well. Spectator parking is $10 per vehicle. Club participation is encouraged! All registration is per car, not per person. There is also a VIP section with limited spots available that has the highest foot traffic and is close to all food and vendor areas. 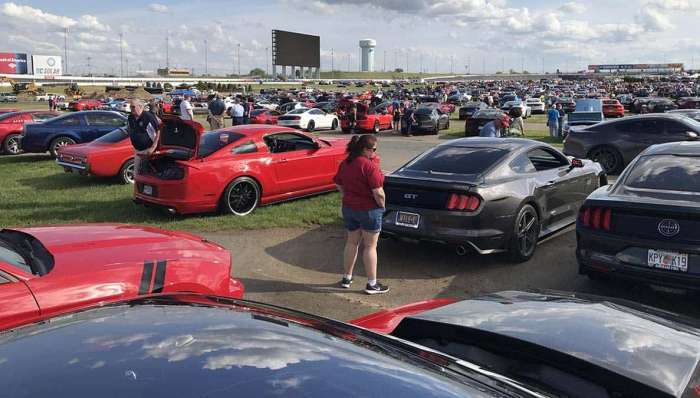 I’ve not been to this show, but have heard from others who have, and they have said it was an amazing time. Participants come from several states away with a wide array of Mustangs from the early years to Fox Bodies to 2020 model years (likely). More information on this show can be found here.

You may recall I wrote recently about whether the Mustang is a muscle car or not and to be honest, I didn’t get much of a resolution as opinions were split. For the sake of this show, American Muscle, as the name indicates, is calling the Mustang a muscle car. And to keep the peace, let’s just settle on that for now.

So, what car shows are you attending this year? What are your can’t miss shows and how far do you usually travel for a car show? Leave your comments below as I’d like to hear about your car show adventures.