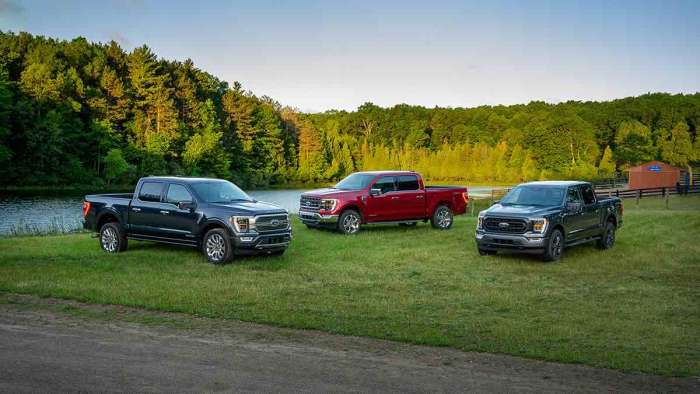 2020 was a year of new product launches and a look toward the 2021 model year. Ford ushers in an all-important 14th-generation of the best-selling truck in America. 2021 Ford F-150 is a bright spot as we head toward a new year.
Advertisement

Everyone will be happy to put an end to 2020, arguably one of the most difficult years in modern history. It certainly was that way for the auto industry, Ford included. The pandemic aside, Ford weathered the storm fairly well but a lot of it was thanks to the launch of the 14th-generation Ford F-150.

The 2021 F-150 will be oh-so-important to the Blue Oval. And as we close out 2020 (mercifully), some customers have already received their 2021 F-150 orders while inventory slowly makes it way to Ford dealers throughout the country.

As expected, some delays have occurred, but Ford continues to push through those issues and every day more and more F-150s arrive on car dealerships. Certainly, the first half of 2021 will be very important for Ford.

While some consumers like to wait one model year before buying a new generation vehicle, others have jumped right in and are eagerly and anxiously awaiting the arrival. So, as we shut the door on 2020, let’s look ahead to what we can expect from the Ford F-150. 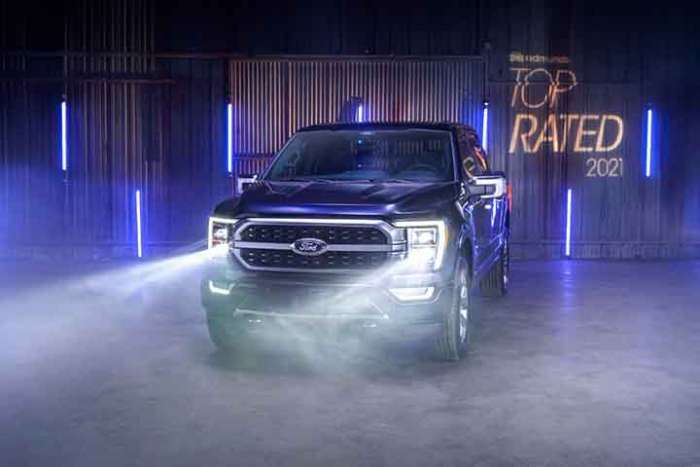 I predicted in my story that the 2021 F-150 would win the award and I stand by that prediction. Sure the Ram TRX is a blast to drive, but if the jury looks at the F-150 as whole they will see innovation and game changing technology, including the first hybrid powertrain in a Ford truck.

Ford’s PowerBoost (more on that later) hybrid powertrain is a game changer for the F-150. Ford isn’t the first auto manufacturer to attempt such an endeavor, but now seems the right time to make a hybrid pickup truck viable.

The F-150 has already gathered in several accolades including one from Edmunds. I expect more such Best Of and other recognitions in the early part of 2021.

As for the NATOY award, it will be announced January 11 and of course, stick here at Torque News for the details on whether Ford wins this award. 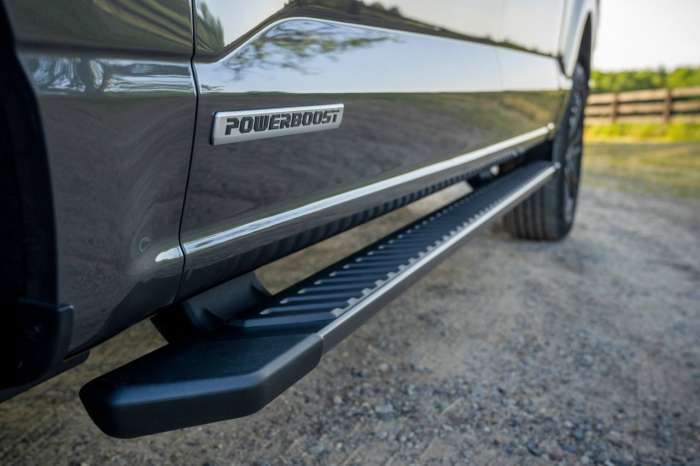 Hybrid Ford F-150 – here to stay?
Several years ago when Ford switched to an aluminum body, some in the truck world were critical. It was a bold move by Ford to completely change their juggernaut brand. But they didn’t miss a beat as the aluminum F-150, which was part of the previous generation F-150 didn’t hurt sales one bit.

Now, Ford takes another bold move by introducing a hybrid powertrain to the F-150 line. They call it the PowerBoost.

Ford released the EPA fuel economy rating of the PowerBoost F-150 and the numbers were impressive, although personally I expected them to be a little higher. As tested, the fuel economy ratings are 25/26 mpg for 4x2 and 24/24 for 4x4.

I will be getting a PowerBoost F-150 to drive and review in January and I will be closely tracking the fuel economy. Early reviews from people who have driven the PowerBoost F-150 have shown it to underperform these numbers. With cold weather, I will surely test it out for myself.

While I don’t even think the fuel economy is the biggest factor for the PowerBoost, it could really blow up on Ford if the numbers fall short. The other impressive part of the PowerBoost is the towing and torque.

Numbers like that help overcome the false perception that hybrids aren’t powerful. Winning over die-hard truck owners with impressive performance like that will also go a long way for the PowerBoost’s success or failure. 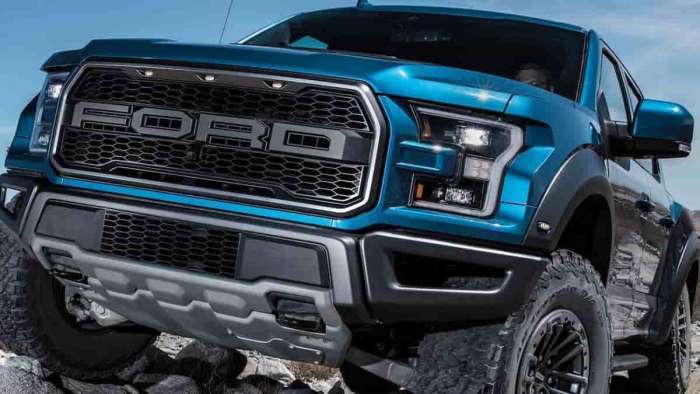 Ford Raptor to have V8
My colleague Marc Stern reported just yesterday that the next-gen Ford Raptor will have a 5.2-liter V8 engine. This is great news. I had heard for a while that the off-road performance-oriented Raptor would get a V8, mostly in response to the aforementioned Ram TRX, but Ford has yet to confirm that.

But we feel confident in reporting that the Raptor will have a V8 option and it only makes sense. This will be music to the ears of the V8 enthusiasts out there.

Although, as I wrote a while ago, the previous Raptor was one of my all-time favorite vehicles, even without a V8. It doesn’t need a V8 but it will be nice to have that option.

Also, Torque News can confirm that the Raptor is slightly delayed and won’t come out until the 2022 model year, but I do expect more info and a reveal/launch of the Raptor in 2021. Definitely something to monitor and look forward to in the coming new year. 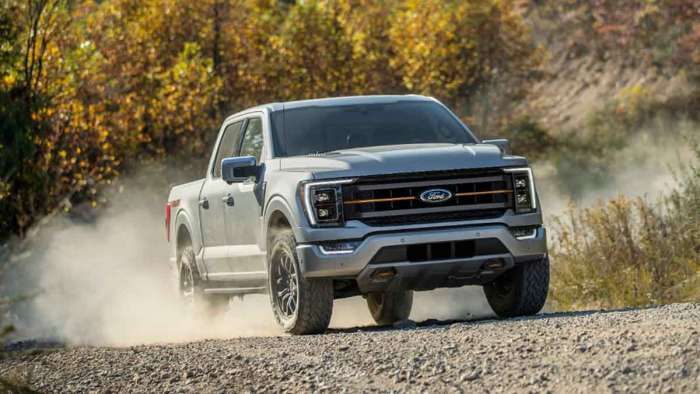 Tremor Comes to the F-150
Ford has done a great job of making the Tremor package into a sub-brand almost. They’ve added the Tremor to the Ranger, Super Duty and now announced it will be coming to the 2021 F-150 as well.

I will be reviewing the Ranger Tremor in coming weeks, and will cover it exclusively here at Torque News.

The Tremor F-150 comes in SuperCrew configuration with a 5.5-foot box. It will only available with the 3.5-liter Ecoboost and a 10-speed automatic transmission. And since it’s an off-road truck, four-wheel drive is standard.

Just when the Tremor becomes available for the 2021 F-150 remains uncertain. Ford is running out of time to make it part of the 2021 model lineup. It may likely be a late-year addition or even part of the 2022 class. Pricing isn’t available on what the F-150 Tremor will cost, but in the Super Duty adding the Tremor costs an additional $3,975, so we can expect a cost of right around that number for the F-150.

Either way, Ford is really doing well offering the Tremor as a step up from the FX4 but a step below the aforementioned Raptor.

So as we sing Auld Lang Syne and ring in the new year, we all will be happy to put 2020 behind us and hope for a much better 2021. Certainly Ford truck enthusiasts have a lot to look forward in 2021!

What are you looking forward to in 2021? Leave me your comments below.