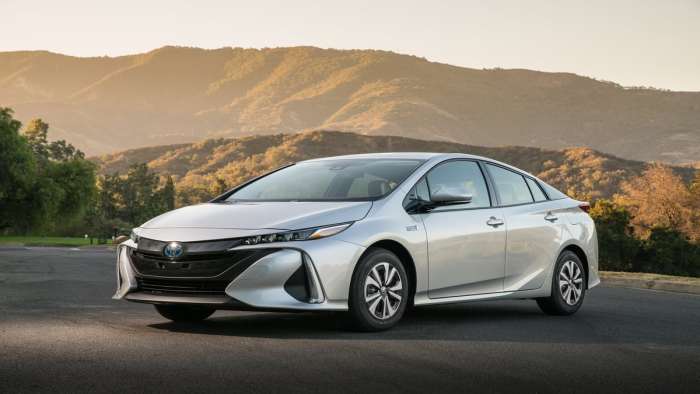 Everyone loves a good underdog story, and the Chevy Volt coming into the hybrid game is no exception. The real question now becomes who the ultimate champion is in the title fight of this century. Next up Prius Prime vs Chevrolet Volt. Tickets to this event are hotter than a black leather seat on a hot summer day.
Advertisement

When I first heard of the Chevrolet Volt back in 2010 my thoughts instantly thought this car was going to destroy the Toyota Prius in every way. I mean, this is Chevrolet, an all American company that has been responsible for bringing us Corvette, and many other very famous muscle cars. I could honestly say, if this was a muscle car fight, Toyota would be given a hard run for their money.

This is not a muscle car fight though, this is a fight that most Americans think GM has no business in anyway. After all are Americans not famous for just using brute force and power to get the job done? The real question is how they stack up with each other. While I am not going to go into great depth with all of this, I will provide my thoughts in a few areas that I think have some real meaning to both vehicles.

Sound the bell and let the rumble begin.

The Appeal of Toyota Prius
Looking back at the first generation Prius, it's easy to say that the exterior look was not very appealing. As time went on Prius lost weight, took some acting lessons and gained a personality that now makes the Prius Prime actually an attractive vehicle. But where did it get the lines from? Every legend has a mentor that helped give them the encouragement needed to become who they are.

In comparing the 17 Volt to the 17 Prime it is clear to me that both cars share very similar body lines. The real question is who influenced who. I think that Volt influenced Prime for sure. Though influence does not always mean that the original looks better, and really when it comes down to it, both cars have appealing exterior design. I really adore the front end of the Prius Prime with the head lights and the grille that are sleek and oh, so satisfying. The rear end has a little left to be desired. I really think that Prime has has a few kids and also some plastic surgery, but just ran out of money to get the whole package done.

Chevy Volt on the other hand has a nice enough front end and the rear that really makes you want to drive it home. It is a good looking sedan all around and no one would really even know that it was packing some serious electrical power under that dress. I guess the question you have to ask yourself at this point, which happens to be my next point, is do you prefer experience or virgin beauty?

Toyota Prius came rolling into our lives and hearts much earlier that Volt. The notion of experience over innocence is a real thing. Toyota has taken nearly 2 decades to refine and chisel out the Prius. Even the first Plug in was not all that great, but practice makes perfect right?

Chevy Volt was made on the idea that there was a market share for GM to step into, and that bet was a good one. GM could have dominated the market had they stuck with EV-1, but we are not here to look at what could have been. The Volt does not have the same data and road time as the Prius. It came into the game late, pretty, technologically advanced but late.

While the Volt is a great and pretty new kid on the block, the word hybrid is synonymous with Prius for a reason.

If I had to pick out who could win an all out slugfest for who has the best tech, bells and whistles, it would be GM no doubt. The 2010 Volt had better tech than Prius in the same day. It was sleeker, the interior made you feel as if you were really driving the car of the future. Prius was busy just moving along with a slight refresh and a few interior changes that made it feel as the name suggested " to come before".

Prius has had to make some major modifications and with Prime, it has. Prius Prime has a huge tesla-sized infotainment screen that really updates the car in a massive way. The seats, now with heat, also feel super comfortable and fresh as well. The instrument cluster is colored and has many different bells and whistles that previous generations did not have.
Volt, Gen 2 still has a really great setup but the modern feel of it, still is just a little behind. This is where experience really makes a difference with building a vehicle people want.

When you have over 20 years of collective data that you can clearly track what your consumer wants, your car becomes the top seller again and again. I really feel that if we dove into all the aspects of both vehicles we would find many similar things between the two. They are both plug in hybrid vehicles, they both use Li-Ion batteries, they both have really great tech options and honestly, they are both pretty darn good looking.

I do feel that Prius Prime does trump Chevy Volt just due to the sheer amount of data that Toyota has to prove how much better the Toyota Hybrid System is over the competition.

Tsingshan's Threat to Tesla: EV Maker Is In Battery Crosshairs
Tesla-Funded Research Reveals One of The Biggest Mysteries of EV Battery
END_OF_DOCUMENT_TOKEN_TO_BE_REPLACED