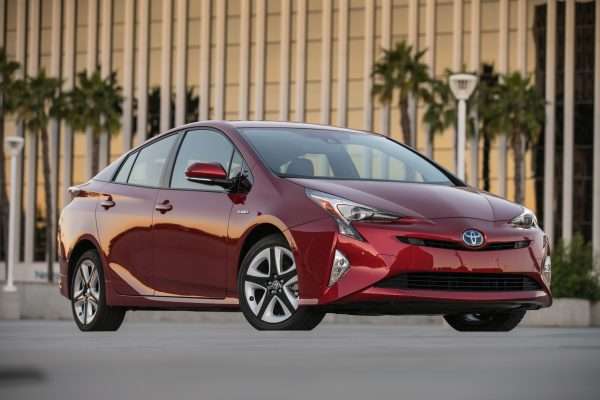 Hydrogen Fuel Cell Could Be The End Of Toyota Prius

Hybrids are now considered commonplace, two decades ago with the introduction of the first Toyota Prius in the U.S. started a revolution. Toyota being the visionary company they are, has another ace up their sleeve experts believe.
Advertisement

I have written some articles of the influence the Toyota Prius has made in America since it was introduced back in 2000. The crazy thing that most people do not understand is how many decades previous Toyota had been planning the car. I want to explore 3 reasons why Prius may be under some serious fire as we advance technologically in our automotive world.

Toyota Prius, a name is now synonymous with hybrids everywhere. It has changed so many things about our cars and has influenced many of our electric toys as well. Before Prius was what it is today it had to be envisioned by people who could see into the future and see what we as a planet would need to help us break the barrier of oil dependance. Prius was that answer, and before it ever hit the streets it had to be engineered and designed. What most people do no know is how the G21 project came about back in 1993.

Take a moment to think back 26 years ago to what you were doing? Some of you were graduating high school, some people were in diapers, but probably not many of us were thinking about a gasoline electric car that was a total feat of engineering in the day. We were all more concerned about the transition from cassette tapes to CD’s. Not Toyota though. They were thinking big.

This means that given what technology we had then, Prius had to be the vehicle of the future, and it has been. 4 years from idea conception to hitting the streets of Japan, then 3 years later hitting roads in the U.S. we had to overcome ancient battery technology and also figure out a seamless operation between using a gasoline engine and electric motors. Other challenges that were faced were how to reduce cold start tailpipe emissions, step down high voltage current to usable “12v” for on board systems and a plethora of other things.

This was all planned and thought out as Prius rolled off the line and into our hearts. Toyota knew then as well that even though Prius was a stepping stone, it would not be the full answer to the problem of poor air quality and crude oil dependance that we are still facing today. Their answer was to turn to the most abundant element on earth, hydrogen.

Even though it seems there were only a few short years Toyota spent building Prius a name which literally means in Japanese “ to come before” they were also thinking of another name Mirai a name which means “ the future”. What did this mean though? It meant that Toyota had more than a fuel sipper in mind to help change the world when it came down to making waves in the auto industry and also in our daily lives. The year was 1992. Wait? When? Yes, this correct. Before Prius was a concept Toyota had plans to make a new car that would run from a completely different power source all together.

What makes this interesting are the similarities between a hydrogen fuel cell vehicle and a hybrid like the Prius. They both use hybrid technology and electric motors to help propel them down the road. My theory is that Mirai and Prius were conjointly with the idea that Mirai once technology caught up would be the dominating factor that would launch us into a cleaner and brighter future.

Prius had to come before the Mirai because of the technology gap we faced back 27 years ago, hence why Prius is before and Mirai is future. That is looking ahead to the future for sure. This means that eventually we could see the demise of Prius but have it replaced with what it was meant to actually be.

Other Experts Opinions and My 2 Cents

There was a killer article from our friends over at Teslarati, which inspired part of this article. I agree with many of the statements and opinions from them. As a professional in this industry I can clearly see that we would not be where we are today without rule breakers and innovators. So is it possible that hydrogen fuel cell cars could actually be the “future” that Toyota predicited clear back in 1992? Personally, I think so. It is a very promising technology that not only would be of use for us in our personal transportation but it would also be a great solution for mass transit as well.

Hydrogen still has quite a few hurdles to overcome, but when it does I really believe we will hear Mirai and think hydro car, much in the same fashion we hear Prius and think hybrid.