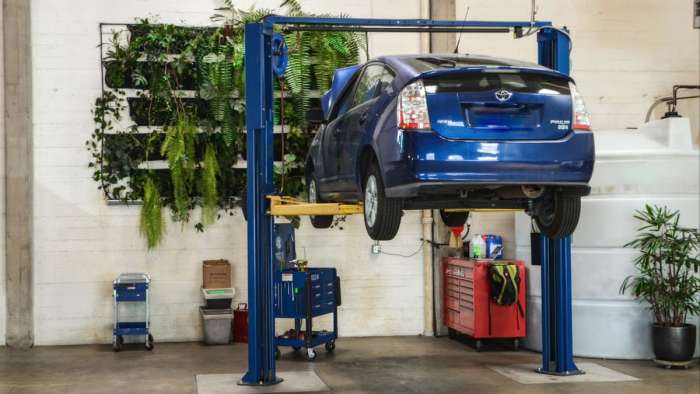 As Cat Security™ starts gaining traction, a Los Angeles entrepreneur seizes the moment to help in the battle of catalytic converter theft.
Advertisement

As a journalist, it is essential to follow through with any story that I come upon. I have been following the emergence of a product in the automotive industry that has been making a massive impact on Toyota Prius owners.

The Cat Security™ anti-theft protection shield has been making more than headlines lately. It has caught the attention of an entrepreneur in southern California who has seen the opportunity to make an impact by helping protect high target cars like the Toyota Prius.

Who Is This Entrepreneur?
The founder and sole shareholder of VMAC inc. (Villa Marina Auto Care Inc.) saw the impact that the Cat Security™ protective shield was having and wanted in, but not in a traditional way. He saw an opportunity.

After speaking with Joe Chavez, the owner, I asked him a series of questions about his businesses and why he chose Cat Security™.

One of my first questions to Joe was, “What do you feel makes your business stand out against the others? ” His response set into motion the theme for the rest of our conversation. It opened my eyes to why he got involved with Cat Security™.

Joe told me that every customer that comes into their shop is treated like a friend or family. He said they take the time to get to know the customer and understand their needs. Furthermore, they look at each customer and evaluate the needs of their vehicle. To him, selling less initially means selling more overtime because you are not putting profits above people.

I love it when I hear owners of business talk to me with that sort of mentality. I could tell that Joe has his customers in mind when making big decisions, and the decision he made to carry Cat Security™ products was not a small one.

Why VMAC Inc. Chose Cat Security™ Over Other Devices
As the questions continued, I probed Joe to help me understand why he decided to get the Cat Security™ protection shield over any other devices on the market. Again, I was enlightened by something I did not know. How inferior other products were and how much they cost to install.

Joe told me that after he had multiple customers with their catalytic converters stolen from their Prius’ and some numerous times, he felt it was time to do the right thing. Find a way to stop the theft from happening.

Both of his repair centers were using products like the cat clamp. Something that was brought to my attention is how costly and cumbersome that device was. I was told that the labor to install it was far more expensive, and most of the time, the cat clamp would rattle and drive the customer crazy. 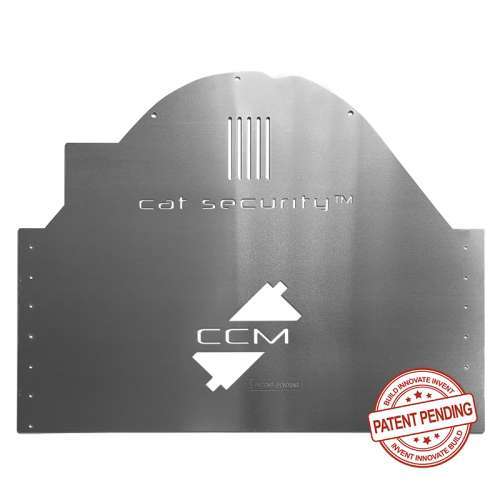 He knew there had to be a better way. After searching for quite some time, he came across an advertisement for Cat Security™ anti-theft shields and got a couple of them for his customers.
He loved the ease of installation, how quiet it was, and that overall, the labor time was much less than the cat clamp. His only hangup, shipping, took too long.

VMAC Inc Signs Deal With Cat Security
The product was a no brainer to Joe, but getting the shield in a faster time frame needed to happen. Joe saw that Cat Security™ was looking for distributors, and he knew that this was an opportunity he could not pass up.

When most shops sign on as installers, they are only buying in with a few shields at a time. Going that direction is fine, and it adds good profit to the business. Most shops that do this are not tied into a contract and can order as needed.

VMAC, on the other hand, made a bolder move. They bought in, to become the first Cat Security™ distributor in southern California. From what I understand about becoming a distributor, it is no small task. Contracts get signed and quantities that have to get met regularly, not to mention the massive financial commitment.

Knowing this bit of information got me thinking. Is Cat Security™ a bigger deal than I thought about initially?

How Big Has Cat Security™ Become?
I have been following this story since October of last year. I have been writing on it periodically to keep track of the business and see how they have been growing.

After speaking with Cap City Muffler about the VMAC contract, I was curious to see how many shops and dealers have signed on with them. The numbers astounded me. Over 130 independent shops and dealerships all over the United States are stocking their products.

States like Washington, Maryland, and New York are just a few. Their extensive network of shops made me realize that the VMAC Inc. sees the opportunity and is going all in.

What Is VMAC Inc Planning?
With VMAC a distributor, getting the product into consumers’ hands can happen even faster now. Better yet, they can now sell directly to shops around their area and grow their business.

Both locations are installers and resellers, but the distributor is the Villa Marina Auto Care Inc. or VMAC Inc., which is the sole business.

Conclusion
Final parting thoughts from Joe “Cat security is overall a better product and less expensive to the consumer.”

VMAC Inc. did not get involved with Cat Security™ to make money. While that is a perk, they did it to help Prius owners.

As an entrepreneur myself, I can tell you that this guy has seen the light but not just for the business aspect. He is also doing it to be more impactful. Cat Security™ deters thieves away from Prius, and that is something worth writing about.

I think that VMAC Inc. is doing a great job of helping fight back and take care of people. The impact of having your cat converter stolen can sometimes cause you to have to sell the car. That is a financial nightmare for far too many people.

If you are a shop in the southern California area, look them up. Consumers are welcome to come in and purchase directly. Business can also deal directly with VMAC to get set up with installing shields.

That is all for today. Thank you for your patronage, and I look forward to seeing you in the next article, 2 Reasons I Do Not Trust A Junkyard Toyota Prius HV Battery

Tesla-Funded Research Reveals One of The Biggest Mysteries of EV Battery
Tesla Tesla Buyer Nets a Whopping $12,000 Discount After Asking for Reduction
END_OF_DOCUMENT_TOKEN_TO_BE_REPLACED