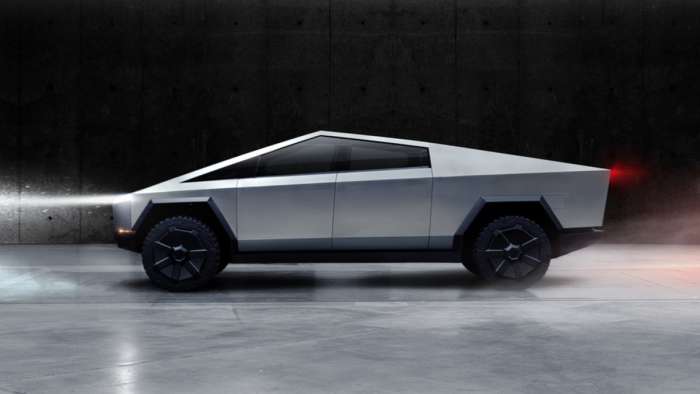 Four Ways The Telsa Cybertruck Gets Its Roots From Toyota Prius, Tucker, DeLorean and EV1

The Telsa Cybertruck is every failure and some success in automotive history within the past 70 years. Here is how Cybertruck learned from all previous failures and will use them to win.
Advertisement

What may be visible to some is not always apparent to others. I had this realization the other day while pondering what it must be like to be Elon Musk. That man is everything that a wreckless carmaker should be, only successful.

Cybertruck was not whipped up whimsically one day, that is not the way that Elon thinks of things. He has a plan in his mind that no one else would ever conceive of then he executes it. The best part is that he knows how to sell it to people.

The exciting part about the Cybertruck is that the idea is not that special. Now do not get me wrong; the vehicle is unique. However, it is nothing new in the sense that the radical ideas it possesses have been tried before. Take a look at four ways the Tesla Cybertruck gets its roots.

Cybertruck Has A Different View About Safety
A car before its time. That is what people said when a man named Preston Tucker wanted to build a vehicle that included safety features. The Tucker 48, as it was later to be known, was revolutionary for the day. It included a safe spot to hide in case of a collision. The Tucker 48 even went as far as to have glass that would pop out of the frame. These seem like crude features, but when used correctly, they would save lives, and that was the point. 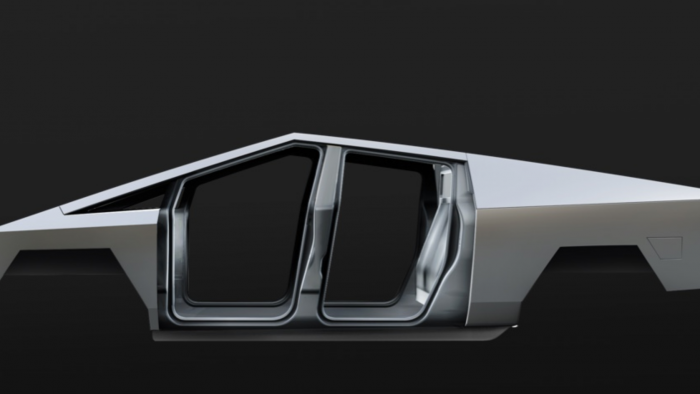 Tesla has taken the safety idea from Tucker and evolved it into its modern approach. Cybertruck, built with an exterior shell made to protect the precious passengers, has a structure that is durable. The exoskeleton, which claims to be impenetrable, is made to be a workhouse.

The armored glass that is also an essential safety feature would act like the Tucker in a sense. The window glass the could shred someone who went through it could now keep them from ever having something go through or come in the window. Pretty awesome features if you ask me.

Here is something else the two have in common. Preston Tucker and Elon Musk have both been had by the Security Exchange Commission or SEC. It is something to note because history does repeat itself.

Telsa Was And Is A New Car Company With A Vision
John DeLorean was a man who was determined to revolutionize the automotive industry. He had radical new ideas that other carmakers would not do. DeLorean and Musk share some common ground here. They both started a new car company that is almost heresy in the automotive world anymore (RIP Tucker 48 and DMC12), and they both now share a similar building material.

Stainless steel is not something new that Elon cooked up in a dream one night. He has taken the DeLorean idea for using it and is making it work. Cybertruck will have an ultra-hard 30x cold-rolled stainless steel structure. The DMC12 was using stainless as well. Durable and easy to clean make stainless an attractive material. 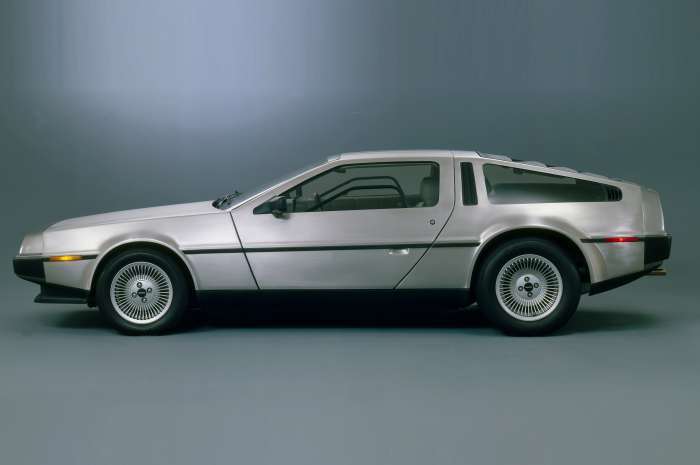 Both the DMC12 and Cybertruck are cars that leverage what materials from what they are made. They do this to attract an audience of people to say, wow, look at that. The new startup part is pretty obvious, as well. The only thing that Telsa has over DeLorean is that Tesla is still producing cars after ten years. Telsa is still not profitable, but they also are not dead yet.

It will be interesting to see what the future holds for the Tesla Motor Company for sure. I hope that the same fate is not suffered.

Tesla Is What GM Could Have Been With EV-1
Performance and efficiency are two traits that the Cybertruck and the EV-1 share. The EV-1 would have been a massive success had GM not pulled the plug, (oh the irony of that statement) and built the company into what Tesla is today. GM has always been about squishing the little guy and taking market share as much as possible. We are all thinking it, and I am just saying it, automotive pirates, they be.

Truth is EV-1 needed to a better chance than a test trial with a lease program. GM was scared. They were doing something right, which, if you are satan, goes against your internal beliefs. Now all these years later, we see that GM wants to go electric? Odd, were you not given that opportunity over 20 years ago?

EV-1 died mercilessly at the hands of a bunch of corporate giants who wanted nothing more than to line their pockets with profits. I give massive credit to Toyota and the invention of Prius. Prius is a fantastic plan to have in place while working on the future of transportation.

The Cybertruck or Tesla Motors, in general, has taken the idea of EV-1 and made it stick. We now can see how realistic electric cars are and that more than 660 could be produced. Tesla has produced thousands of cars and will continue to do so as long as they can. GM could have done the same thing had they knuckled down and did it. Sucks to be them.

Cybertruck and Prius Industry Disruptors
The Toyota Prius shook the world and still does today. People buy the car for its remarkable fuel economy and mentality that they are helping create a better future. Prius is a car that scared the auto industry. It scared them because Toyota made a viable option for the future of transportation.

Prius is different; it is new; it is the car that is bridging our future. So is Cybertruck. We cannot rely on one form of transportation to keep up with our growing need. We as humans consume so much energy that we need a supplement. Electric cars make sense, not to dump gas completely but to give us more power to drink from our growing need. 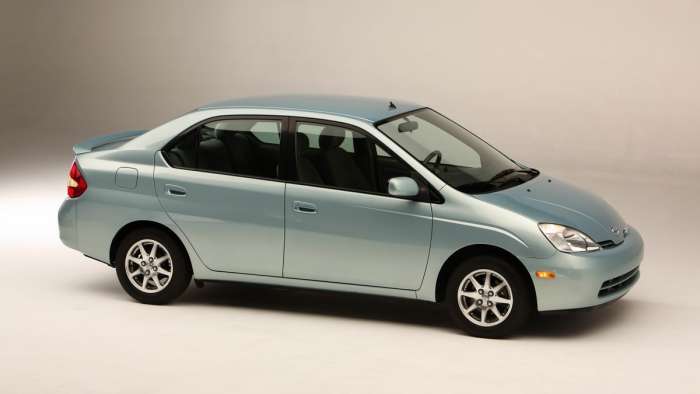 Both vehicles are ones that have stood out and said, look at me. I am different. Look at me; I am strange and new. Look here I am doing something because I believe in it. That is what Cybertruck and Prius have been all about since day 1.

Conclusion
Elon Musk is just like Preston Tucker, John DeLorean, and many others that were massive contributors to this industry that failed, only Musk has not, yet. With the Tesla Company repeatedly not turning profits, could this mean that the demise of another revolutionary car company is just being delayed?

The Cybertruck is a full culmination in my mind of what no other single car company could do. Telsa Motors has stepped up and said that it is possible, and it can be done. Love it or hate it; the Cybertruck is here for a reason. To the haters out there, I say this. Complaining is like a rocking chair; it gives you something to do but does not get you anywhere. Be a Cybertruck, a DMC12, a Tucker 48, a Toyota Prius, or even an EV-1. Do something to impact the world positively.

Thank you for reading. My other story, Brazilians are learning how to recondition Toyota Prius hybrid batteries, is turning some serious attention to the people of Brazil.

Tsingshan's Threat to Tesla: EV Maker Is In Battery Crosshairs
Tesla-Funded Research Reveals One of The Biggest Mysteries of EV Battery
END_OF_DOCUMENT_TOKEN_TO_BE_REPLACED