Why Are Toyota Prius Hybrids So Durable

If you have never heard of Toyota, you may be living under a rock. The company that makes the famous hybrid, Prius, has a pretty large following. The question is, what makes the Toyota Prius such an attractive vehicle? This one word describes it: durability.
Advertisement

All the traveling that I have done these past 3 months has really led me to believe something. My Prius is a rock solid, hard core, durable, driving machine. I bought this car with 245,000 miles on it, and it is still zipping around town averaging about 40-42 mpg.

Buying a car with that many miles would absolutely shock most people. It is funny actually, when I talk about my Prius in conversation, and I tell people how many miles are on it, their eyes get real wide. Seriously though it is crazy how well built these cars are. I want to take a look at a couple reasons why many of these 2nd and 3rd gen Prius (1st Gen R.I.P. buddy, we love you!) are still on the road. Many with even far more miles than mine.

The Toyota Prius is so durable

If you have not read any of my other articles, you may not know this. Prius was designed to be a car that would shape the future of transportation. It was built from the ground up to change everything we knew about fuel economy, and sustainability. The Prius had to start off life as a machine that would not break, and if it did would take very few resources to get it back up and running again. Prius had to compete with compact cars that initially less expensive to build. Prius was more expensive and had more parts when it first rolled out and that really had many people concerned. Toyota was taking a massive gamble at how this new technology would fare, and that gamble paid off.

Prius had to have a rock solid foundation. Toyota engineers knew that the engine, transmission, hybrid battery and all other systems had to be built, tested, improved and worked over again. This car had to withstand the test of time because it had to work if it was truly going to change the future of transportation.

Prius Engines
The 1.5L 1NZ-FXE Toyota Hybrid engine had to be sturdy. The crankshaft and connecting rods are forged from the factory giving them added strength to withstand some serious abuse. The starting and stopping that these cars do really does a number on the internal components. Toyota thought this through and took an existing proven engine from the Echo (later evolved into Yaris) and placed it in.

The differences between the two engines come down to the cycle in which they run. The Otto cycle is found on the gas only models, while a Atkinson cycle is found on the Prius. This cycle allows late intake valve closing, allows for an actual simulation of the cycle but gives all the advantages of using it. If you would like to know more on the Atkinson cycle I will be doing piece on this later on. Just know that it aids in fuel economy. 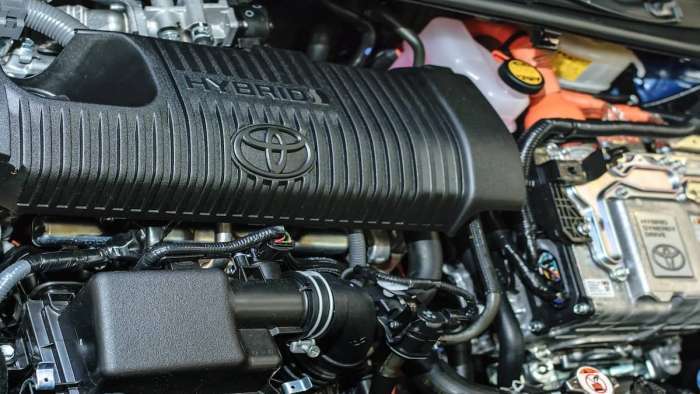 The combination of forging, simulated Atkinson cycle and being an all aluminum engine, made this powerplant really become a winner. There are other features that also went into making this engine grea, but know that it was a proven technology that Toyota used in many other cars as well.

In 2000 there were to hybrids out. The Honda Insight, and of course Toyota Prius. Honda's version of a hybrid was neat, and it actually did get higher MPG ratings than Prius, but it was not nearly as practical. Toyota knew that if Prius were to have issues, people would still need to drive them in to get service. That is why when the transmission was built, Toyota used a power split system that allowed the car to run on gas, electric, or both under the right conditions. This meant that if your hybrid battery shot out a P0A80 code, you could still drive the car in to get serviced without having to call a tow truck.

Toyota also utilized two electric motors instead of one, which gave a wider range of possibilities including better regenerative braking. There was also no conventional 12v starter motor, and the motor generator would start the gas engine at a faster rate reducing the amount of fuel needed to crank it over normally. The design was also very rugged. The internal parts such as the input shaft, dual mass flywheel and gears were all very heavy duty. They needed to be able to take the abuse. Toyota also utilized fewer moving parts internally which reduced the possibility of failure and increased durability. It was a sure win. Even maintenance on the transmission is very simple. A quick drain and fill of only 4 quarts of Toyota WS Fluid, services that transmission for another 60 to 100k miles. Depending of course, on your driving habits.

Even though we are seeing battery replacements all the time, there is something to consider. Many of these consumers that are just now replacing the battery are doing so well after 200 and sometimes 300k miles. Um, wow!

Nickel Metal Hydride (Ni-MH) batteries are a seriously rugged piece of technology. Ni-MH was built to take fast charges and also fast discharges under high load circumstances. Toyota saw the genius in this and used it in Prius. The result was awesome. In fact, Toyota has believed in this battery tech so much, they have hesitated for a very long time of even putting Lithium Ion in many of their cars. Toyota will study and research until they have sufficient data to prove how well it will hold up over time. The HV battery was no exception. Even though the very first Prius back in 1997 had round modules in it, Prius in 2000 had a modified version of the Ni-MH battery technology.

Toyota still today uses these batteries because they can predict how well it will perform over time. Good call.

Conclusion
Prius was made to be a legend, and it is. It was designed in all aspects to be durable and rugged because it needed to withstand the test of time, and it has. I would rarely hesitate to buy a Prius with high miles because I know they are solid cars with many more miles left in them.

I hope that you have enjoyed reading about Why the Toyota Prius is so durable. Check out my other story Why the first generation Prius is better than either generation Nissan Leaf.