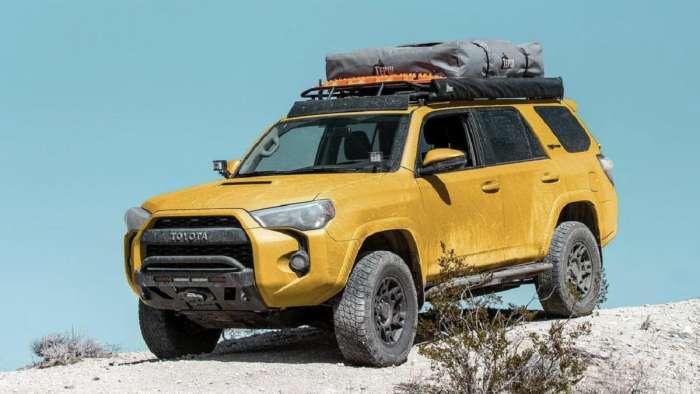 Could We See a Yellow 2022 Toyota 4Runner TRD Pro?

We explore the potential for seeing 2022 4Runner TRD Pro in Yellow. This means you Tacoma, Tundra and Sequoia too.
Advertisement

I have several times of year that I call my “favorite time of year.” NFL playoffs and Super Bowl. Also, May the 4th since I am an avid Star Wars fan.

In the automotive world, I really enjoy the rumors and speculation of what color Toyota will choose for its next TRD Pro models.

After all, paint color is kind of a big deal. 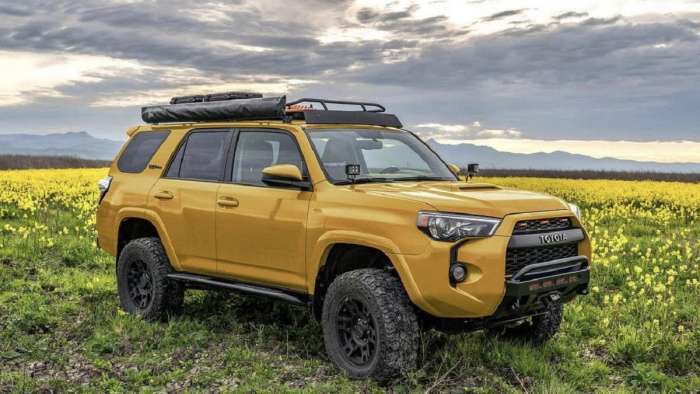 My top two “wish list colors” for the next 4Runner TRD Pro are yellow and black cherry / maroon. I think Toyota 4Runner would look incredible in both. Tundra too. Fine, you too Tacoma.

I have been waiting several years to see either black cherry or yellow, but it just has not panned out yet.

Each upcoming week, I will devote one story to what a 2022 4Runner will look like in a different color if it is chosen.

Maybe we can all vote at the end of this series on our favorites.

On that note, please bookmark my Torque News / Toyota News column so you can follow along.

I even ranked these colors from worst to first in a previous Torque News story. 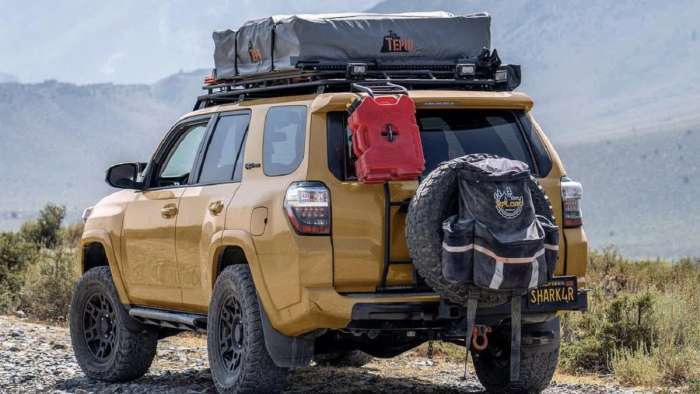 Instagram creator @4runnersnacks has an excellent page where he shows what Toyota 4Runner TRD Pro will look like in many different shades. It is quite fascinating to see how a vehicle can alter its entire vibe just by switching shades.

He was kind enough to send me some pics of what yellow would look like on 4Runner.

Can you just imagine Toyota Tundra in this bright yellow driving through Rocky Mountain National Park? Or Toyota Tundra in its yellowy toughness heading toward some remote off-roading trail.

Many fans would like to see yellow or perhaps Sun Fusion from FJ Cruiser as the 2022 model year choice.

Frank speculated. “It’s going to follow the path of the rest of the FJ colors so more than likely yellow?”

“Please let it be FJ yellow. That’s my next purchase!!!” Pleaded Gary.

I do hope it is yellow. Well, or black cherry. Either way, it has always been a fun surprise when we finally get the big reveal. 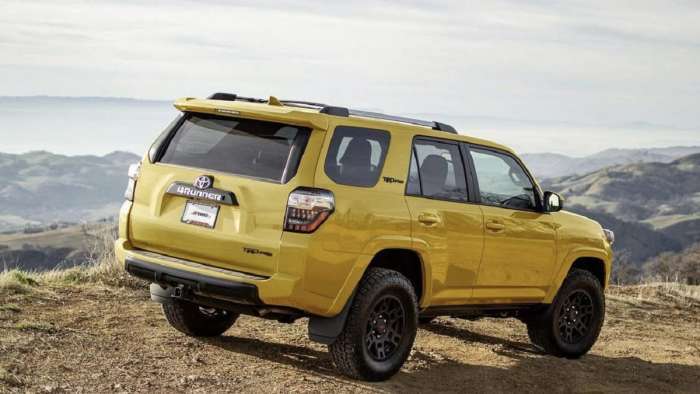 Next week I will write a story about how black cherry would look on 4Runner if this is the new TRD Pro color.

I have written in the past about the potential for lime green as the TRD Pro color. That was when rumors were hot about that being the choice. I no longer feel this way.

My hunch is yellow. Shrug. We shall see. For now, though, this leaves us with something visual to think about.

Leave a comment with the color you hope is next.

See you next story when I discuss fan reaction to 2022 Toyota 4Runner changes.

RELATED: See how buyers are dealing with the automotive computer chip and vehicle shortage.