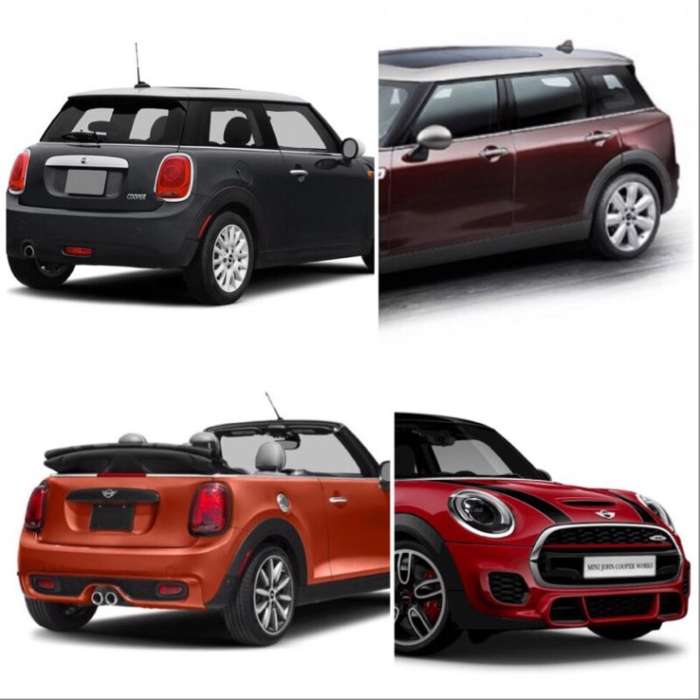 What’s Going on With Mini Cooper? Is the Little Britmobile Still With Us or Not?

BMW recently announced in a cost cutting measure that it will move all Mini stores from stand alone brick and mortar locations into BMW house branded retailers. But the reasoning behind the move signifies what’s wrong with the car industry. Mini isn’t selling not just because of crossovermania, but because BMW missed opportunities to electrify the brand earlier that could’ve turned Mini fans and potential EV consumers on sooner to car electrification. Now Americans don't want them at all, or like they used to.
Advertisement

Is the fat lady getting ready to step on stage for Mini Cooper? You’d figure with the upcoming onslaught of BEV 2020 that Mini Cooper is at the right place at the right time no? They’re not. Nobody’s buying them. Nobody wants the tiny car anymore, sadly, at least here in North America. Such a shame.

As a result, BMW Group recently announced that as a cost cutting measure to save the brand, sustain the dealership network, and keep things Mini, they’re also going to miniaturize Mini retailers into BMW showrooms. So this should be a warning sign of what may come.

Why is this so? It’s the crossover craze, of course! We’ve oh so become about crossovers to forget what small cars also do for us, and sadly, right when the electric proliferation is getting underway. They say timing is everything in the auto industry, and frankly, I think BMW waited too long to put batteries inside the Britmobile. All those pesky PHEVs we’ve had for the longest 10 years waiting for the right combination of lithium ion to come that’s now here, should’ve been the first Mini Coopers, Clubmans, Countrymans, etc. that they were not. The Mini makes for a great drifting car, and what better car to do that in than one with an insane amount of torque and horsepower, especially when its light on its heels with ideal power to weight distribution ratio. But BMW is now up to 10 years too late because things need to be tested and over tested.

I firmly believe the mini or micro car is far from dead yet, there’s startups out there like Sono Motors’ Sion, the Bavarian subcompact and Uniti Sweden’s British built Uniti One micro car. Let’s not forget Smart and the Fiat 500 ranges that are an ace on the hole for FCA in expanding its electrical portfolio, and key for Daimler in providing cheap electrical transportation in urban and obscure foreign markets. These two Goliath’s and the startups are depending on the mini micro car for their survival and sustain their balance sheets, but here Mini is with their problems. This should not be so, and BMW has no one to blame but themselves for this, not the market.

The mini micro car still has a way to go to help us in places like the underdeveloped foreign markets, over-crowded urban areas in the Middle East and East Asia, or places where the cost of living is high and you’d rather a vehicle purchase that saves money to spend it elsewhere. The story of the tiny car that can is not over. The problem is missed opportunities.

Like I often complain when it comes to cars like Camaro, Mustang, Corvette, even Ford GT, car executives have become so risk aversive they just don’t have any balls anymore. I often said at the beginning with the EV Car Revolution back in 2012, that if the car makers want to spawn interest in electric cars, they need to never mind waiting for battery trays they need to stuff the packs under seats and in boot trunks and give them insane amounts of torque and horsepower. What’s to be afraid of? What do you have to lose?

Some of those YouTube videos we see of Tesla’s beating the pants off muscle, pony, and super cars in drag stripping could have been racing toe to toe with those same Tesla’s, that these risk averse car execs chose not to be bold and not to be inspirational. Whatever it is the car industry could have done to turn people on to electric cars using these same three kinds of fast cars, they could have done to micro and mini cars to generate sales.

Instead of stuffing those silly tiny batteries into gigantic SUVs and CUVs to make PHEVs they could have spent that time and effort putting those paltry ranged batteries into these tiny cars first, so at least they could have the tiny size and light weight to boost them to go faster, maybe further. They chose not to. I know this: if a John Delorean, even a Lee Iacocca, maybe even a Bob Lutz had he been more open minded sooner about BEV technology would have the balls to at least contemplate doing what tuner shops have been doing the past decade: stuffing these cars with packs and motors to have them run around all over the place capable of racing and pulling outrageous numbers to be a compelling sell for EV consumers and brand fans.

So BMW Group hasn’t given up on Mini yet, and will combine Mini and BMW dealerships as small car sales keep falling. They’ll be a section inside the BMW store devoted to display and sales of the British icon while the rest serves the Bavarian marque. But it should also serve as a warning within itself to BMW: loosen up on the stoic Bavarianism. I get it. That’s why I’m a BMW man. I’m still with the brand, but guys, we need the BMW of the 1980s and early 90s for Mini, not the one we saw the last 10 years why my car needed an almost complete overhaul, starting with an new ECU unit on my 3 Series at 65,000 miles, and why it took so long to electrify Mini, when you could’ve done that sooner by tooling around with the brand and show us what you’ve got, while perfecting BEV technology in your lab. Let’s hope it’s not too late.

Photos Courtesy Mini USA
What do you think of Mini going inside BMW? Let us know below!

DeanMcManis wrote on November 14, 2018 - 11:34am Permalink
I agree that BMW is too cautious with their EVs. I love the i8, but it is overdue for a BEV model, and I suspect the delay on building the BEV Mini Cooper was so that it didn't compete with sales of the higher priced BMW i3. But I also agree that the E-Mini's delay cost them in both EV brand recognition and Mini sales. Still, I suspect that if BMW had released the E-Mini years ago it would have had an EV range of around 75 miles, but now the new E-Mini should offer a range of over 150 miles (without the I3's gas range extender). Mini is just now offering a PHEV Countryman with AWD and an impressive 6.7 sec 0-60 time, which should offer some competition again Mitsubishi's PHEV Outlander, and Subaru's new Crosstrek PHEV offering, but BMW/Mini is doing a poor job of promoting the new PHEV Countryman or the upcoming E-Mini, because they should be shouting from the rooftops, and highlighting the new EV models at car shows and online.
Al Castro wrote on November 21, 2018 - 12:23am Permalink
It’s ironic how the legacies want to jump in neck-in about Tesla but compromise themselves still by making PHEVs. And here we are 6 years after Model S. NO change and Tesla is about to corner the market. . .
Erik wrote on November 14, 2018 - 5:42pm Permalink
Waiting years for this fantastic mini city car to be electrified, please with 400 mile range. 2019 would be a good year to start because Parking problems in Europe become very acute.
Al Castro wrote on November 21, 2018 - 12:32am Permalink
2019 and 400 miles is not synonymous. Mercedes and Jaguar were both panned badly for making a baseline SUV with just over 200 miles, where do you think your city car fits in that scheme? To give you an idea where your expectations should be, Tesla Roadster 2 wants to have a range of 600 miles, and that’s for a $200,000 supercar. Long ranges and super quick charging I’m afraid are going to belong to the rich, the Rolls and Ferraris will get those things. For us, a city car at most we should expect 300 andthats stretching. Bolt is 238. So should Mini Cooper.