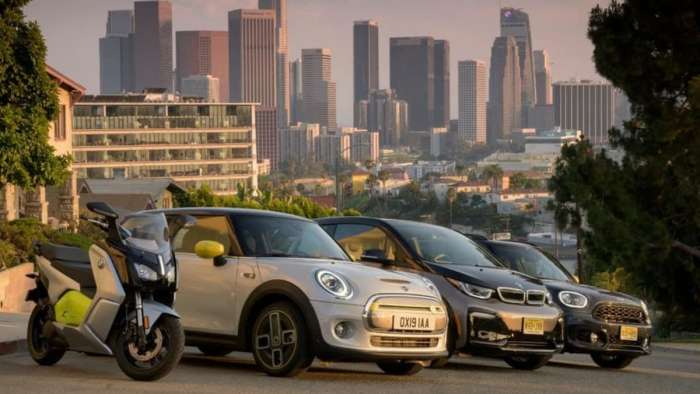 With an estimated range of just 146 miles (WLTP) and an MSRP well above $30,000, the new Mini Cooper SE has consumers asking what the minimum requirements are for an all-electric vehicle in 2020.
Advertisement

At first glance, the Mini brand is a perfect fit for electric vehicles. Renowned for its unique appearance and energetic performance, the BMW-owned brand aligns with a lot of the qualities that EV drivers desire.

The 2020 Mini Cooper SE should check almost all of these boxes. Unfortunately, the latest release specs are unlikely to meet the lofty expectations of both Mini fans and EV enthusiasts alike. In many ways, they even fail to meet the current standards of electric vehicles in 2019, let alone to set up the brand and its parent company for a brave new decade of electrification.

From the car’s dated platform to its limited range, here’s how Mini’s first widely released all-electric model fails to meet the minimum standards of EV capability in 2020.

It’s no secret that the all-electric Mini Cooper SE is built on the same platform as the BMW i3.

While that vehicle is admirable, as we found when examining the i3’s impact on BMW’s EV plans, it is also more than five years old now. That’s a long time in the wider automotive world, but it feels like eons when applied to electric vehicles.

The BMW i3 has been a worthy addition to the first wave of EV adoption, but its influence is beginning to wane. A high MSRP compared to other long-range electric models puts the i3 firmly in the category for “enthusiasts” if you’re buying new, though the used market makes older i3 models very attractive to price-conscious buyers who still want something unique.

Although the Mini Cooper SE will come in a full $10,000 cheaper than the newest BMW i3s in terms of MSRP, the Mini will provide around 20-30 miles less range than the i3 and also fails to match the latter’s performance specs. Not that many buyers will notice a fraction of a second difference in acceleration or a little more power from the electric drivetrain, but it speaks again to the fact that the 2020 Mini Cooper SE is a fresh entrant to the competitive EV market that already feels dated.

On the subject of some electric vehicles quickly becoming outdated, here are 3 things for GM to fix on the Chevy Bolt EV.

Reasonable Range for a City Car?
As the Mini Cooper SE’s limited range was confirmed this week, the usual sides of the debate took shape.
On the one hand, 146 miles is going to be plenty for a short-range commuter vehicle or simply trundling around town to run errands. In these conditions, real-world range tends to be higher than the estimated figure due to slower speeds and energy regained by regenerative braking.

The counterargument runs that EVs in the city tend to have fewer opportunities to plug in as owners are less likely to have a driveway, which means that every mile matters. Even those miles driven in the city need to be maximized if you need to charge at a public station or drive a lot in a single day.

Then there’s the price.

At more than $35,000 before incentives, the Mini Cooper SE is going to be an expensive city car. Obviously, a certain amount of that is spent on the iconic brand and the underlying quality of BMW’s engineering. Consider, though, that by the time this car comes out there will be a growing used EV market around the $15-25,000 price point, as early Chevy Bolt EVs and second-generation Nissan Leaf lessees start to turn in their vehicles.

Even now, before those returns occur, there exists a healthy market for used BMW i3s, available from around $17,000 for a car with similar specs to the new Mini Cooper SE. While the latter will certainly shift some units based on brand alone, it’s unlikely to appeal to the wider pool of EV buyers when so many compelling options exist in the same category.

What Are Our Minimum EV Expectations in 2020?
This is a tough question to answer because it depends almost entirely on the use case of the individual driver.
When I wrote recently about some important areas for GM to update the 2020 Chevy Bolt EV, for example, fast charge speed was one of the main concerns.

Many owners agreed, but some assured me that charge speeds aren’t even on their radar, as they primarily charge at home and rarely travel beyond the vehicle’s estimated range in a single day. These owners wake up with a full battery - or perhaps 90% if they live on a hill - every day and therefore have no interest in charge rates, taper points, or anything else related to public charging.

Nonetheless, it stands to reason that there will always be minimum expectations for any vehicle class and that these standards will gradually move the bar upwards as the years pass and technology advances. Cruise control might once have been considered a luxury feature, for example, but now it feels especially cheap if it doesn’t come as standard, even on the most basic vehicle.

For a new electric vehicle at the lower end of the price spectrum in 2020, say $25-35,000, these are the minimums I would suggest:
• 50kWh or more battery pack, capable of delivering 200+ miles of range in normal conditions.
• Active thermal management of battery pack, heating and cooling.
• 75kW or higher fast charge rate with late taper at 75-80%.
• Spritely performance with around 200hp and 0-60mph time around 7 seconds.

It’s important to acknowledge that not everyone will use all these features, but they could serve EV adoption well as baseline capabilities that make electric vehicles more attractive to a broad section of buyers.

Greater range and faster charging will give consumers the comfort of being able to take long trips if they don’t have a gas backup vehicle, or simply charge less often if they don’t have the ability to do so at home. Thermal management will add peace of mind that the battery is well cared for, especially for owners who experience harsh winters or blazing summers.

And if the performance figures seem a little capricious, remember that part of making the switch to electric vehicles is that they’re more fun to drive. Instant torque is what helps the humble-looking Chevy Bolt EV crank out 0-60mph in 6.5 seconds, making it an excellent option for navigating city traffic and merging onto a busy highway.

By that measure, at least, it looks like the 2020 Mini Cooper SE will deliver.

A respectable 184hp and estimated 0-60mph time of 7.3 seconds puts it a little behind the Bolt EV but right in the mix with the Nissan Leaf and Hyundai Kona Electric. Throw in the fact that any Mini adds a certain amount of fun to the driving experience and you have a starting point for selling the brand’s first mainstream all-electric offering. It’s just a shame the other EV aspects of the new Mini Cooper SE feel so dated by comparison.

Also watch 4 tips on how to increase Nissan Leaf Plus range and drive efficiently as well as click to subscribe to Torque News Youtube channel for daily EV and automotive industry news analysis.

Have we got it all wrong? Is the 2020 Mini Cooper SE actually a perfect addition to the range of new electric vehicles that will cater to a specific set of needs?

Let us know how you feel about this new model below in the comments.