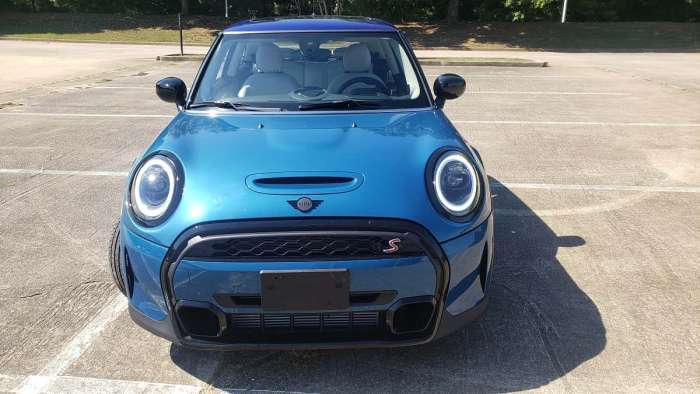 After seven years of living with the current generation, the British firm presents its most important update of the 2022 MINI Cooper, with notable design touches, innovations in the field of technology and even more customization options.
Advertisement

The current facelift of the 2022 MINI Cooper makes its way to the three- and five-door hatchbacks, as well as the MINI Convertible. The main changes in its appearance are at the front, where the size of some air intakes is reduced and a cleaner design is chosen. Now it can be ordered with a gloss black decorative finish in areas where we previously found chrome.

Among the personalization innovations are three new body colors - initially available only for the MINI Convertible - called Rooftop Gray Metallic, Island Blue Metallic and Zesty Yellow. Also added are new wheel sets and the option to the multi-tone canopy , which combines San Marino Blue, Pearly Aqua and Jet Black. Due to its "wet-on-wet" painting process, none of these ceilings is identical to another.

Under the hood there are no news. The offer of Cooper, Cooper S and John Cooper Works versions is maintained. The most accessible version uses a 1.5-liter turbo engine , capable of generating 136 hp and 162 lb-ft, available with a six-speed manual or seven-speed dual-clutch automatic. 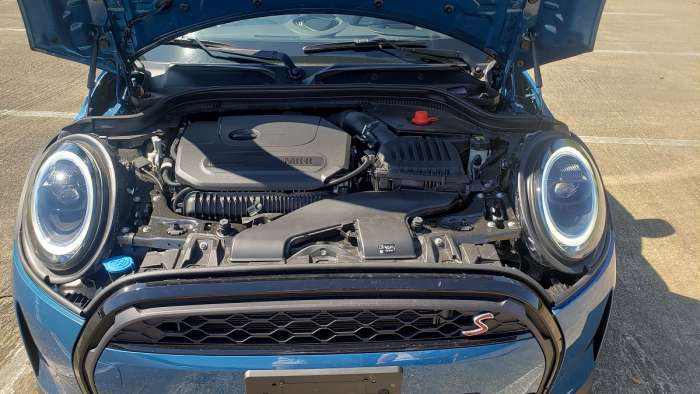 The mid-sport version, Cooper S, replaces that engine with a 2.0-liter turbo , making 192 hp and 206 lb.-ft., sent to the front axle via a six-speed manual or seven-speed dual-clutch automatic. According to MINI, it takes 6.7 to 6.8 seconds to reach from 0 to 60 mph.

The top of the line in terms of performance is the John Cooper Works, a 231-hp, 236-lb-ft 2.0-liter turbo engine , available exclusively with an eight-speed Steptronic automatic transmission. Its acceleration from 0 to 100 km / h is 6.5 seconds.

We still find in the center of the dashboard the huge circular dial which is used today to display the information of the vehicle and the infotainment system.

The interior of the 2022 MINI Cooper also receives a very timely update. At first glance, the new air conditioning grille design, the introduction of the MINI GP digital instrument cluster and an electric parking brake stand out. The multimedia system is provided by an 8.8 "screen with a new interface and compatible with online services. 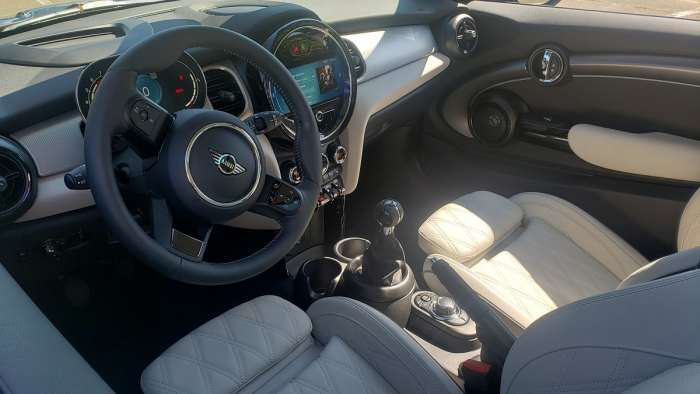 Throughout the MINI Cooper's range we will also find high-level equipment items, such as adaptive cruise control with stop & go function and, for the first time, the introduction of an electric parking brake. Among its versions it can also be ordered with online services, adaptive damping and LED headlights - now included as standard.

The instrumentation is presented behind the steering wheel on a vibrant 8.8-inch digital screen, making everything very easy to consult. Speaking of the steering wheel, its sausage is enormous, I like its handling, but it might displease some.

It is true that the suspension is stiff on occasion, but only when the road is in poor condition. And this firmness pays off when you want to have a little fun. Although the center of gravity is higher and the weight is greater, the Cooper S follows the curves of the road with ease. 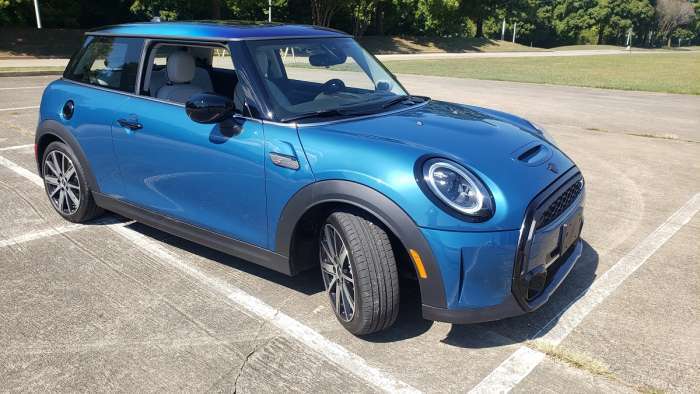 EPA says this the 2 door version of 2022 MINI Cooper gets and average 27 miles per gallon city/highway. The city is 23 mpg, while the car gets 33 miles of range on the highway. On average you will spend 3.7 gallons per 1000 miles and spend $1,750 more in fuel costs over 5 years compared to the average new vehicle.

Apparently the MINI Cooper appeals to people who want to make the jump to an electric vehicle, but do not necessarily appreciate the slightly too esoteric design of several other models. The MINI Copper 2022 offers all the MINI benefits and looks futuristic.

The 2022 MINI cooper is fun to drive and comes with a beautiful design. It may not be the most practical choise for large families, but it's a little bundle of fun.

Tesla Contemplates A New Strategy for China Retail even As Sales Boom
Jay Leno on Elon Musk & EVs: “I Think He Should Get ... Credit"
END_OF_DOCUMENT_TOKEN_TO_BE_REPLACED