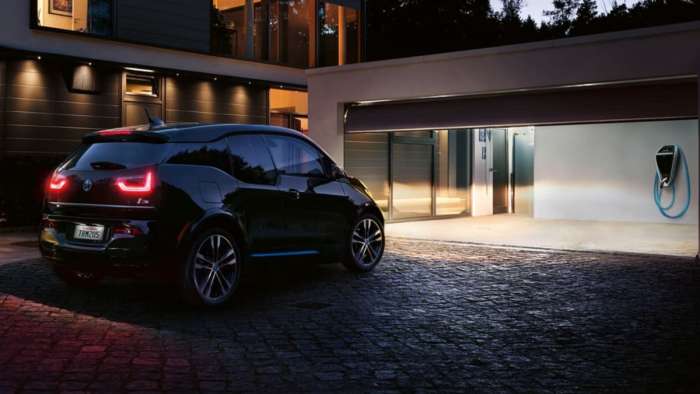 With the German automaker's global plug-in sales set to surpass half-a-million by 2020, all indicators point to BMW ramping up its electrification efforts, as Toyota did last week.
Advertisement

Would it surprise you to learn that BMW Group, comprising BMW and MINI model vehicles, has racked up more than 400,000 plug-in EV sales globally, since beginning production of the BMW i3 way back in 2013?

It certainly gave us pause for thought, as the electric offerings from the German automaker to date are something of a mixed bag.

While the i3 has lined up as a popular option for buyers who want a refined electric drive without going all-in on Tesla, the minuscule electric range on models like the BMW i8 and MINI Cooper plug-in hybrid is less impressive. The latter has caused many EV enthusiasts to question BMW’s commitment to the cause.

The history of the BMW i3, however, offers much more cause for optimism.

The Understated Importance of the BMW i3

The BMW i3 has been overshadowed in recent years by new longer-range models and the relentless media obsession with every move, tweet, or optimistic claim made by Elon Musk. Looking back on 400,000 electric sales, however, it becomes clear just how important the i3 is to BMW’s electrification efforts.

Often dismissed as a compliance car or a quirky cousin of BMW’s more refined “ultimate driving machines,” the i3 is actually an exemplary case study in what it means to move to electric vehicles.

For starters, the BMW i3 is designed from the ground up as a pure electric vehicle.

Like the Bolt EV, the i3’s engineers went back to the drawing board to develop a vehicle configuration that makes the most of its electric drivetrain. It’s an extremely light car thanks to the carbon fiber chassis, which helps to maintain range, and the early one-pedal driving application that BMW came up with makes excellent use of regenerative braking to recoup energy.

Even compelling new long-range models like the Kia Niro EV and Hyundai Kona Electric can’t make that claim. They are based on existing combustion engine models, reworked to incorporate a battery pack and electric drivetrain.

BMW also extends that commitment to ground-up redesign back to the manufacturing process. Materials for the BMW i3, such as the interior’s eucalyptus wood-paneling, are sustainably sourced and the plants used to manufacture its carbon fiber chassis are primarily powered by hydroelectricity. In BMW Group’s own words, compared to its regular vehicles, “producing an i3, from first bolts to final inspection, take 50% less energy and 70% less water.”

As a result of the German automaker’s creativity and commitment to sustainable design choices, the BMW i3 won two World Car of the Year awards in 2014, including Green Car of the Year. This coming several years before Tesla announced the Model 3 or GM unveiled the Bolt EV.

On the subject of GM’s first all-electric car, here are some thoughts on How the Bolt EV is Already Outdated.

The Next EVolution of BMW: iPerformance

Alongside the i3, BMW Group has made several nods to the upcoming acceleration of its electrification plans. Like Toyota, BMW’s plans for electrification seem to be accelerating based on not only the runaway success of Tesla’s Model 3, but also the relative popularity of its own EV models.

On that topic, read my story on how 2019 Prius Prime Sales Give Toyota an EV Pass (For Now).

The company’s iPerformance brand, under which its all-electric and plug-in hybrid models sit, was launched in mid-2016. Tasked with taking the expectations of BMW owners and adapting them to harness the unique power of an electric drivetrain, iPerformance initiative has the potential to leverage the power of the BMW brand and attract a new segment of EV drivers.

Other factors are also in BMW Group’s favor.

While it has reached almost half-a-million EV sales globally, that number in the US still hasn’t reached six figures. This means that the German automaker still has a lot of room to expand before it hits the federal tax credit cap of 200,000 electric vehicles sold, which both Tesla and GM have already triggered.

At the same time, like Toyota's aforementioned success with 2019 Prius Prime sales, there has been a steady stream of buyers for the BMW i3 and sales in May were up 10% for BMW's electric models, reaching more than 11,000 plug-ins sold.

Here's how the latest EV sales figures look across the most popular models in 2019. (Please subscribe to Torque News Youtube Channel for daily automotive news and analysis).

With the vast resources at BMW’s disposal and the experience it has gained developing and manufacturing the BMW i3, the company could be in a great position to mass-produce a compelling long-range EV and take full advantage of the unlimited sales permitted for two quarters once the phase-out begins.

Timed well and with the right vehicle, BMW could have a temporary yet significant price advantage over its high-end rivals in the electric segment.

Or will BMW be constricted by limited battery supply? As my colleague John Goreham wrote in a recent story, we seem to be hitting Peak Battery for Affordable Electric Vehicles.

Although it would be a gross - or should that be groß? - exaggeration to say that the German automaker is leading the charge to electrification, BMW has done more than most legacy manufacturers to advance electric vehicles over the past decade.

The BMW i3 was conceived way back in 2011, at a time when only Nissan and Tesla were making concrete moves to put EVs on the road in significant numbers. Despite an apparent slowdown and a lack of new models in recent years, BMW Group appears to have many of the pillars in place to build a range of compelling electric vehicles.

If the company can capitalize on what it has learned so far and the loyal base of BMW i3 fans it has attracted, BMW is well-placed to accelerate its presence in the EV world.

Do you believe in BMW's commitment to electric vehicles? What do you need to see from the German automaker next to prove it is on board with electrification? See you in the next story where I am going to discuss 4 advantages Chevy Bolt EV has over it's EV competitors like Tesla and Nissan Leaf.

Joseph wrote on June 17, 2019 - 4:12pm Permalink
Fair points but Bmw still has a lot to prove . The rex models helped sell i3 as well. Buyers still need backup to avoid range anxiety as volt and rex show.
Steve Birkett wrote on June 18, 2019 - 3:14pm Permalink
I think the REx has played a role, especially before charging networks were prevelant, but I hope the likes of Electrify America make it unnecessary on BMW's next EVs.
Steve Birkett wrote on June 26, 2019 - 9:15am Permalink
UPDATE: BMW announced updated plans to move up its electric vehicle schedule, with 25 models by 2023. More soon.