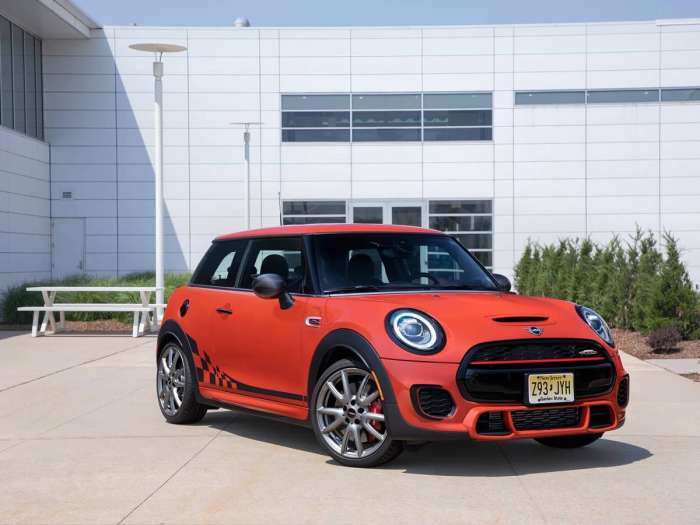 If you were in the marked for something flashy, stylish and yet fun to drive, don’t miss out on this new limited production MINI John Cooper Works Hardtop.
Advertisement

MINI believes orange is the new black and it’s latest edition comes in this bold orange color MINI calls ‘International Orange’. MINI is well know for being able to be specified in wide range of colors, including choice of ‘Solaris Orange’ in its standard range, however it looks rather traditional in comparison of the two.

No limited production numbers for MINI John Cooper Works International Orange Edition have been officially released. Quoted MSRP for this special edition starts at $41,600, which is quite a hike in comparison to ‘regular’ MINI John Cooper Works’s MSRP $31,900. Available at dealerships across the U.S. starting in fall of 2018.

MINI Cooper has just underwent the facelift of its current generation in 2018, which is easily identifiable by those signatory Union Jack tail-lights. As it has now entered second half of the model’s life-cycle, we may expect MINI to introduce more limited production special editions, among which, we bet, International Orange edition will still stand out. And isn’t that the ideal time to get your own very personal MINI?