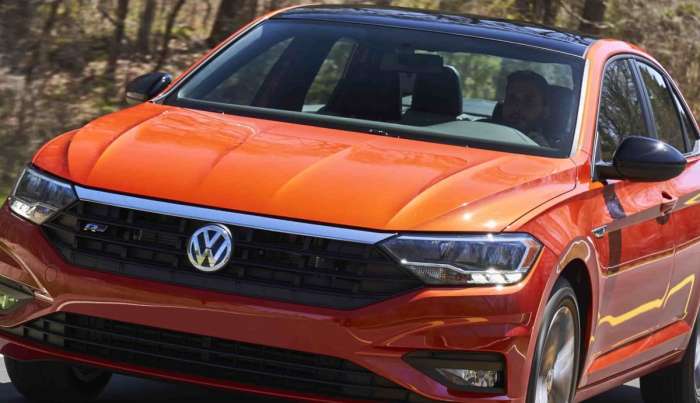 July Was So-So Month for Most German Carmakers, While VW Has Continued Sales String

While Volkswagen continued its strong sales string, most other German manufacturers had a slower-than-planned month. Interestingly, two trends emerged in July; 1. trucks are still continuing their hot streak, and, 2. sedans may be making a comeback.
Advertisement

July was a so-so month for German carmakers. Mercedes discusses June product sales. Mercedes-Benz had reasonable results, while BMW saw its sales slip a bit. BMW lists its July results. Volkswagen and its Porsche and Audi subsidiaries cruised on to another month of increases.

Interestingly, electrics are having a more significant impact on the sales of BMW as the automaker saw its EV (electric vehicle) climb to 7 percent of total U.S. EV sales.

Meantime, Volkswagen and its subsidiaries Porsche and Audi continued selling vehicles at their record pace.

VW, whose latest generation Jetta debuted only six weeks ago, found that sales of the sedan were at record levels. The automaker released figures showing that 7,239 Jetta sold last month. Of that total, 5,168 were the latest generation, while 2,000 vehicles were of the older design. It is impossible to tell whether the increase in sedan sales -- counter to current trending in the auto industry – was a one-month phenomenon or whether it heralded the return of the sedan after a long while being banned to the automotive desert.

Porsche, a Volkswagen subsidiary, meantime, reported that it had move 4,892 vehicles in June, for an 8.3 percent sales increase. Since the start of the year, sales have been up by 6.7 percent as the automaker delivered 29,421 cars.

Audi was another automaker which reported a sales increase for June. Led by the Q5 crossover and A4 sedan, Audi delivered 19,471 vehicles in June. For the year to date, Audi reported that it had moved to 107.942 cars and SUVs. The automaker reported said it was a 4.8 percent increase.

Volkswagen, once again, found itself depending on its trucks to keep numbers relatively high. At 13,198, total truck sales represented roughly 45 percent of all VW vehicles sales. Each month for the last six months or more, small truck sales have been providing an essential piece of the automaker’s sales action. Frankly, it is not a bit surprising that light trucks (SUVs, crossovers) would be a crucial part of VW’s overall sales numbers.

Derrick Hatami, executive vice president of sales, marketing and aftermarket sales for VW of America, said that the first half of 2018 looked encouraging. In June, “We were particularly encouraged by the first full month of sales of the 2019 Jetta,” while the “strength of the all-new 2018 Tiguan also continued to impress.”

Overall, it looks as if vans have helped Mercedes-Benz achieve sales success for the first half of the year, multi-use vehicles. Though the in the auto industry knows that M-B has a line of vans, little light has gone to the rate at which they are selling. It seems that the 16,910 sales helped the automaker post a 176,408 first half. It also means that if they continue selling at the same rate for the next half year, then Mercedes will have sales of 40,000, an exciting story in itself.”

Trucks Remain Strong Sellers Though Some Cars May Be Back

Indeed, both the VW and M-B trends show two things; there’s plenty of life in the truck segment. However, sedans can still sell if you make them new and give customers what they want.