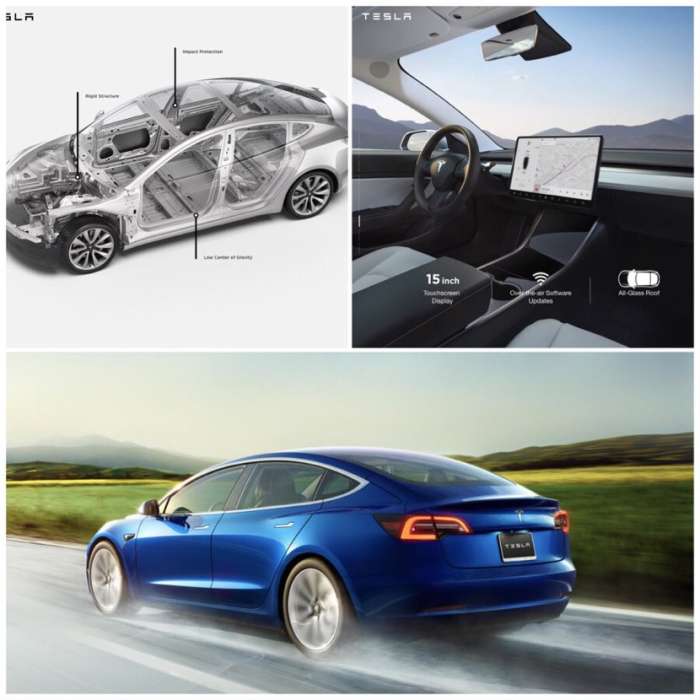 A New Battery Design May Mean a Sooner or Surer $35,000 Single Base Model 3

Tesla CEO Elon Musk recently revealed that Tesla’s battery development people have come up with a lighter weight and cheaper design of the Model 3 battery pack. This can be a game changer not only for the elusive Base Model 3, but across the entire present and future model range.
Advertisement

Tesla has designed and is ready to produce a lighter weight and lower cost battery pack for its vehicles by the end of this year:

For those of you who were smart enough not to ask for their $1,000 deposit check back to not give up hope that a single battery pack $35,000 base Tesla Model 3 was still possible, get ready to be happy if you haven’t heard the news already!

With the improvements to technology that Tesla’s battery people were able to apply to the new design of their battery pack which weighs less, Tesla will be able to lower the GVWR of its vehicles. This translates not just into longer ranges with the car carrying less weight in batteries, but also at a lower cost. This new design makes Base Model 3 production more than likely, but probable around the 1st Q’19.

This is CEO Elon Musk at that last controversial earnings call fairly recently:

“We came up with a new design that achieves the same outcome, that’s actually lighter, better, cheaper and we will be introducing that around the end of this year – probably reach volume production on that in Q1 or something. That will make the car lighter, better, and cheaper and achieve a higher range.”

It was another broken promise and goal, but you have to give the man credit that he never gave up on the idea of what the car was supposed to be ultimately about, the “first affordable mass-market long-range EV.” Timing is everything. While it turned out that Tesla needed the Model 3 for its own survival more than it anticipated, it had to sell the more expensive variants first to make the money it needs, and not last as was originally either planned, expected, or anticipated. The plan or expectation was that with the expiring tax credits you hopefully would be able to get the budget variant before expiration to get the cost down to at least $27,500 without any state rebate factored in.

It never happened. It was down not for long but it was a painful process for any when Tesla temporarily removed the $35,000 variant from its website back around June as a crushing disappointing blow that it might never come. Thankfully it did return to the site, and now this news. It seems Elon always had his site on the goal. His conversation with Fred Lambert over at Electrek about Roadster, actually turned to base 3 and Y:

Production design will be better, especially in details. We are dying to do this, but primary focus must remain on making affordable version of Model 3 & bringing Y to market

So lets see what happens as six months is really not far away!

What’s your opinion of this new battery pack, and it’s use in the base Model 3? Let us know.