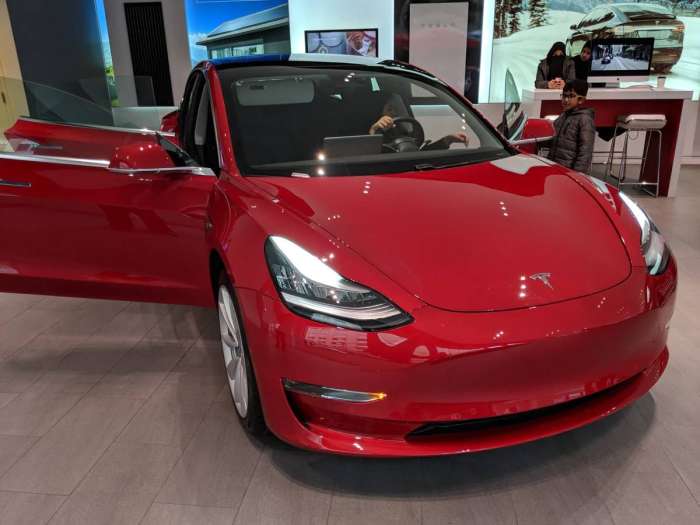 The Take Down of the $35,000 Model 3 and Its Meaning to Tesla: Analysis and Opinion

Tesla Inc was smart for itself by taking down the mystery $35,000 price for a model version some have long been waiting for, hadn’t yet been built, not sure if it will ever exist, and that they were never really in a position to offer. They need to worry about surviving first, and you do that by making money. Period.
Advertisement

Let's start from Tesla's good intentions and the road to "production hell" as Tesla CEO Elon Musk called at the unveiling of the Model 3.

Good intentions and reality in the car business sometimes go different ways. It was noble quite frankly, for Tesla CEO Elon Musk to start with the intention of selling a more affordable version of the Model S with a new model in a smaller segment. The progression of events at Tesla made it seem it was the right place at the right time to offer such a car: namely the Model 3.

But as they went along further, things didn’t turn out the way they wanted to offer the car the way they intended. That’s how the car business goes. Apparently, Tesla can't make affordable Model 3 cars because the company will "lose money and die."

Tesla took down the $35,000 Model 3 price from its site because it realized it was never ready to build and sell high volume lower priced cars. They didn’t realize it that they were never really ready to at all. Not yet. They were smart to take it down as they could’ve been accused of false advertising. $35,000 is the goal. But not right now. There’s other things Tesla needs to pay attention to first and beforehand.

First Things First Please: Rolls Royce and Tesla Have a Lot in Common

Be careful making cars for well heeled, Rolls Royce can teach you a thing or two without learning the hard way. The fact of the matter is Tesla still needs that ala cart bespoke menu of high priced options to make money from better heeled EV buyers to survive for now. This reminds me of Rolls Royce Motors Ltd. back in the 1970s when they broke off from financially collapsed Rolls Royce Ltd, the jet engine people, into receivership to be nationalized by the British government until they could find a buyer, churning out Corniches and Silver Shadows for wealthy customers of all people, making hardly any money at all to survive. Doesn’t that seem odd?

Americans have a problem giving bailouts to GM and Chrysler, that the British are more forgiving about Rolls Royce. I tell you, I’d take back one of those 2009 car bailouts and give it to Tesla if I could. But I’m afraid we Americans are all tapped out on bailouts. So Tesla has to make this count because they only have a one shot deal to survive and time is running out unless an oil sheik or Chinese industry tycoon flush with cash comes in for the rescue.

It was a race against time as workers at the factory at Rolls Royce Crewe often wondered what will become of things. Tesla has its problems now. This was Rolls Royce the car brand back then, an institution in British history. It almost died there in the late 70s, the pinnacle premier British car maker so closely identified with British national heritage and industry like Concorde, the plane. In the end the now defunct Vickers took over the company from the British government and then the German car industry stepped in to save the factory at Cheshire Crewe and the Rolls Royce and Bentley brands, years later.

That’s when Rolls Royce the original and historical storied car company died and rebirthed with BMW and where Bentley became its own with Rolls Royce legacy, the Crewe factory, and VW. The plant at Crewe survived but it had to sacrifice Rolls Royce the brand to do it. Maybe this is something Tesla needs to do to itself. Or have someone or something come in and do it for them.

It was a bittersweet trade for those middle and working class plant workers as the last Silver Seraph that was branded a Rolls Royce came down the assembly line at Crewe, some of them in tears, realizing they had to settle for just Bentley to ironically not see yet what would become of their own Bentley brand. This is why Her Majesty’s State Car is now a Bentley, not a Rolls anymore. Maybe one day Tesla will supply the US President with a high security electric state car while having its own Chevrolet-like Division meet its lower end customer base with $35,000 EVs under a new brand. But Tesla needs to get its house in order. Wishful thinking.

What Tent? Oh No, Not Another Tent!

In the end, even with that crisis tent, Tesla barely can make a Model 3 the way they want at all, as time ticks away toward insolvency. They barely can keep production at 5000/week. What happens when they need to crank it up to 10,000 in a few weeks for the global market? Another tent? I wouldn’t put it past them, it certainly would add more drama to the high stakes. My God, I’m now wondering if that current tent was truly a lifeline to actually save them, or a plug in the hull so they can navigate to shallow waters to finally and eventually abandon and sink the whole ship. Unless the Chinese step in to supply a larger more seaworthy vessel . . .

This isn’t Over Yet Folks

It seems Tesla needs to do some more soul searching. I don’t think their “production hell” is over. This is about a bunch of pretty smart young people defying car industry culture, running a young car company they put together on their own, to learn lessons from their mistakes, hopefully not life threatening that the car industry is laughing at them, and do it on the fly. These folks could be my kids that I find myself often routing for them, I still am, I love them all, Elon too, but they frustrate me, just as an older son or daughter would, when they’re this close to success and on the brink of collapse. I’ll be heartbroken, sincerely, if they fail. But business is business, and no one knows this better than Elon himself. And like deer between a pair of headlights, sometimes reality stares you in the face right before it’s too late.

The Ford Line of MPGs

You can only offer lower prices when you have the volume in inventory to make deals. This is how Ford did it back in the day if some of you folks remember, when cheap versions like Pinto MPG and Mustang II MPG came about (remember those? Those two cars are a different dragon I can slay at another time).

If Tesla lives as long as they are now to see the Model S survive this long, I’m sure they’ll have time down the road to revisit a cheaper Model 3 later. Even a cheaper Model S before the next gen model gets rolled out. If they survive. C’mon Tesla you’re that close either way. Focus to get it right!

DISCLOSURE: I’m a blue collar kinda guy of the retired cop category. The only investments I have that I know of, is what’s in my pension and in my investment retirement accounts, that my ex-Department put there. So I don’t know if I own Tesla stock, don’t give a crap if I do, I’m not bothering to look if you ask, and I’m gonna tell you the way it is anyway, whether you want to hear it or read it or not, or the way I tell you or not! Just wanted you to know, thanks.
——