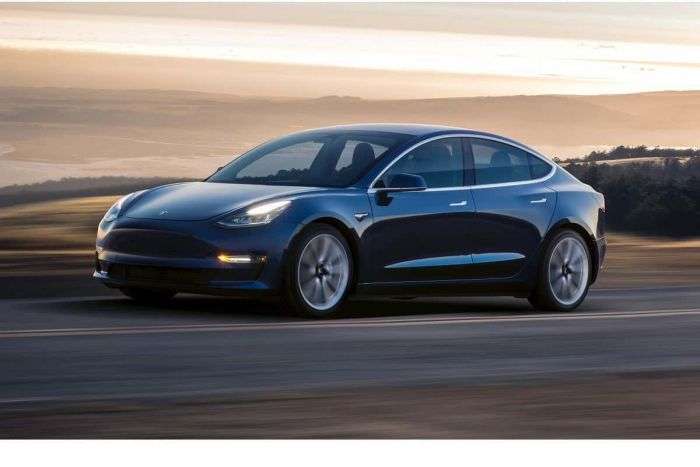 Elon Musk explains why Tesla has never built a single base version of its Model 3 at the imaginary $35K price point.
Advertisement

The media has lately been catching up to what Torque News first reported back in December of 2017 - That Tesla had been misleading the media, fans, investors, and order holders for the Model 3. On Twitter, at promotional events, in comments to investors and others, Elon Musk had for years been promising a "$35K starting price" for the Model 3. The problem is, the Model 3 starts at around $50K because Tesla won't build one with a lower price for order holders.

Now that the cat's out of the bag, and every news organization worthy of the name has woken up and recognized Tesla's deceptive pricing promises, fans and others are starting to ask why, after nearly a year of deliveries, Tesla hasn't started to build the car he hyped, and continues to hype, as "affordable."

In July of 2017 when the Model 3 deliveries first began, the New York Times and other media happily played along with the ruse. The NY Times quoted Musk as saying then, "The whole point of this company was to make a really great, affordable electric car. And we finally have it.” But is a Model 3 that costs twice what a Chevy Volt or Toyota Prius Prime sells for really "affordable?" Was the Model 3 that thrifty Consumer Reports purchased for $59K "affordable?"

Asked on Twitter this week why Tesla hasn't lived up to its promised $35K starting point, and only builds cars for customers that cost than 50% more than that, Musk replied. Here's the exchange.

Elon can you please release some news on the standard battery..
When would people be able to order the 35$ version of the model 3?
Great specs on the AWD version.

The answer to why Tesla hasn't built the car at the price point that it promised, in Musk's words, is "Shipping min cost Model 3 right away wd cause Tesla to lose money & die. Need 3 to 6 months after 5k/wk to ship $35k Tesla & live."

This isn't rocket science. It's what many folks pointed out long before Tesla thought of the Model 3. Affordably priced battery electric vehicles are unprofitable. Only super-expensive compact EV cars selling in the $50Ks to $80Ks, or large luxury-performance sedans and minivans selling from $85K to $170K make financial sense. Once Tesla sells enough of the pricey Model 3 trims, the newest of which will cost buyers $84K, Tesla will throw a small handful of buyers a bone and build some Model 3 cars at a loss so it can pretend that the cars really do "start at $35K."

ps - With Tesla's mandatory destination fee that even buyers who take delivery at the factory pay, the real imaginary base price is $36K, but who's counting?

Ron wrote on May 24, 2018 - 6:48pm Permalink
If you can sell all the higher price Model 3s that you can build why worry about the base model?
John Goreham wrote on May 24, 2018 - 6:56pm Permalink
Two reasons: First, the CEO promoted the vehicle with the base price frequently and publically. Shouldn't he simply keep his promise? If he doesn't, why should he be trusted going forward? Second, there are reservation holders who placed a reservation for the base model car. Shouldn't they get what they were promised? Tesla repeatedly said the Model 3 would "start" at $35K. Deliveries "started" in July 2017.
kent beuchert wrote on May 25, 2018 - 8:55am Permalink
Well, for starters, the number of customers that can buy a $50,000 and up (WAYYYY up) car is enormously smaller than the number that can buy at $35,000. There are simply not enough of those buyers to propel Tesla into a bona fide, non-niche automaker that it has always been, and still is. And the Fed tax credits run dry for TEsla buyers, resulting in a huge $7500 price increase all by itself. lot of Tesla's sales have depended upon govt welfare. Only a portion of those on Tesla's waiting list would opt for the high priced vehicles and that waiting list has been accumulating buyers for years and hadn't grown lately. Once they are satisfied, Tesla sales will hit the wall. Model S and Model X sales are down as well, and together don't even amount to 100,000 per year, worldwide.
Fred wrote on May 24, 2018 - 6:49pm Permalink
He said not until higher production levels allow economies of scale to make up for the lower profit margin on less expensive cars. Increased production volume will generate enough revenue for unit costs to come down and allow the "3" to meet its promise
Alex wrote on May 24, 2018 - 6:50pm Permalink
True of most if not all automakers world wide. Much of their profit margin is in options well above the advertised base MSRP which doesn’t even include the mandatory “destination” or similarly labeled charge. Go ahead and look around your BMW dealers lot for a 3 series with no options. Doesn’t exist.
John Goreham wrote on May 24, 2018 - 6:58pm Permalink
An excellent point and I agree, particularly about BMW. But wasn't Tesla supposed to be different? Weren't they supposed to be the ones that stopped all the deceitful shenanigans that have driven us crazy about automakers and dealers for most of a century?
kent beuchert wrote on May 25, 2018 - 9:04am Permalink
Maybe now even the head-in-the-sand Tesla diehard fans will see the real Elon Musk - complete , certified and unashamed liar. He claimed for years that his ONLY goal was to build a mass market electric car and clean up the emissions (now we see from a recent study that EVs can pollute certain dangerous chemicals more so that gas powered cars, but hey!!) . The Model 3 was NOT designed to be affordable - it was a virtual clone of the Model S. Selling cars by putting uncontrollable, high powered drivetrains into the hands of customers is not my idea of ethical behavior. And defending a piece of crap like his Death Trap Autopilot with bad third grade argument that Musk provided has painted Musk as worse than any tobacco company executive.
VFanRJ wrote on May 27, 2018 - 11:02pm Permalink
A couple of 10Q reports ago Musk no longer claims that the Model 3 is a $35k car, but rather a variant of it. Yes, there was a bait and switch but fans will never notice.