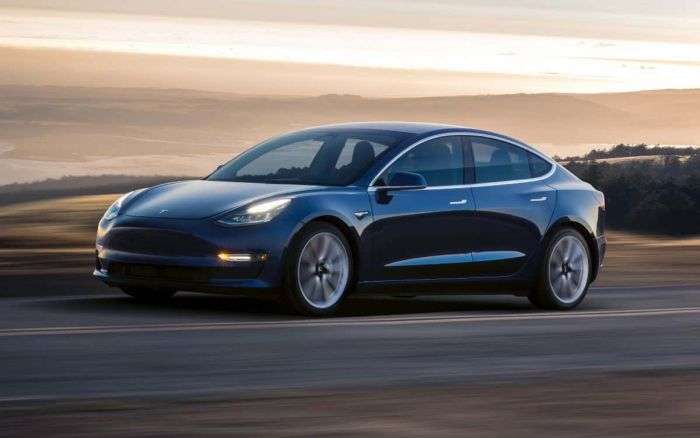 Tesla still isn't delivering the imaginary base Model 3 car, but will now take orders for a $78K performance variant.
Advertisement

Tesla Still has not begun to deliver or fill orders for the imaginary “base” Model 3, but Elon Musk does have another mainstream Model 3 trim you may be interested in. It costs $78K before destination fees and before Autopilot is added. So figure $84K with those factored in.

Elon Musk must not have been able to sleep on the floor of the Gigafactory last night, because he tweeted out a new message announcing the super Model 3. He says it will go from 0-60 MPH in 3.5 seconds, will have a top speed of 155 MPH and it will “beat anything in its class on the track.”

Cost of all options, wheels, paint, etc is included (apart from Autopilot). Cost is $78k. About same as BMW M3, but 15% quicker & with better handling. Will beat anything in its class on the track.

We’re not sure what class that may be that Mr. Musk is referring to. Is there another compact electric vehicle with a years-long waiting list pretending to be mainstream that people pretend to take to racetracks? Mr. Musk draws a comparison to the BMW M3 (quite the coincidence that model number), but the M3 is a road course vehicle that can turn hot laps pretty much all day long. It’s limited by tires, but not the drivetrain. Can a Model 3 really turn hot laps on a roadcourse all day long? And if it can, why would we want to use it that way? As with all Tesla premature product announcements, you can't actually go buy one of these cars and drive it home, nor has it been listed at the EPA's FuelEconomy.gov website.

The new Model 3 trim will have two motors, similar in some ways to the “D” versions of the other Tesla models. It will be fast, but not really that fast for the price point. At $84K there are a lot of fast cars for wealthy folks to play with.

Had Tesla and its leader not characterized the Model 3 as a mainstream car, but instead stuck to its existing formula of low-volume supercars for the very wealthy for the compact sedan, this would be a cool milestone for the company. It would signify the next evolution of the company’s hot performance models. Instead, it is hard not to see this new Model 3 as just another purposeful distraction from Tesla's financial challenges, safety issues, and manufacturing problems.

When Tesla rolls out a production version of this new trim to race against an M3, Charger Hellcat, Audi RS4, or AMG C63 we will all have a great time watching the fun, and will post a story covering the event.