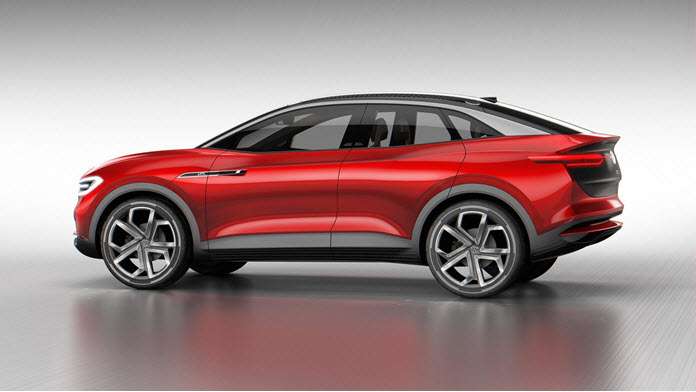 Volkswagon I.D. Crozz is the new interpretation of the crossover

The all-wheel-drive concept would have an estimated 302 hp and a 311-mile range. Volkswagen re-energizes its push towards electrification in 2020 by debuting the I.D. Crozz II concept at the Frankfurt Motor Show. This compact crossover picks up on the cues from the earlier I.D. Crozz but gives it a more eye-catching two-tone color scheme of Hibiscus Red Metallic and a silver roof.
Advertisement

“Our task is to make modern technology available to many people. One thing is clear: The Golf of the future must once again be a people’s car,” Volkswagen CEO Herbert Diess said.

Aesthetically, the Crozz II is largely a rehash of the original concept. VW fits new headlights that appear much cleaner because they no longer have the louver-like strips of LEDS. The two-tone paint really helps the design, particularly from the rear three-quarters perspective where the silver roof provides an attractive contrast over the red body to make things pop more.

The Crozz II continues to have a strange door layout with conventional hinges at the front and sliding ones at the rear. With no B-pillar in the way, this provides plenty of room to see into the cabin. VW even imagines that an owner could open them via voice commands.

VW imagines the I.D. Crozz II with a pair of electric motors – one at each axle – with a total of 302 horsepower (225 kilowatts). The layout allows for all-wheel-drive traction and a top speed of 112 miles per hour (180 kilometers per hour). The company estimates the compact CUV could go 311 miles (500 kilometers on a charge).

The automaker also claims that the concept could handle as sharply as the Golf GTI because of parts like electronically controlled dampers and a new multi-link rear suspension setup.

VW’s first production I.D. electric model will be a five-door hatchback in 2020. A road-ready interpretation of the I.D. Buzz van concept would join the lineup in 2022. The third vehicle in the range would be a crossover that would likely take inspiration from the Crozz II. 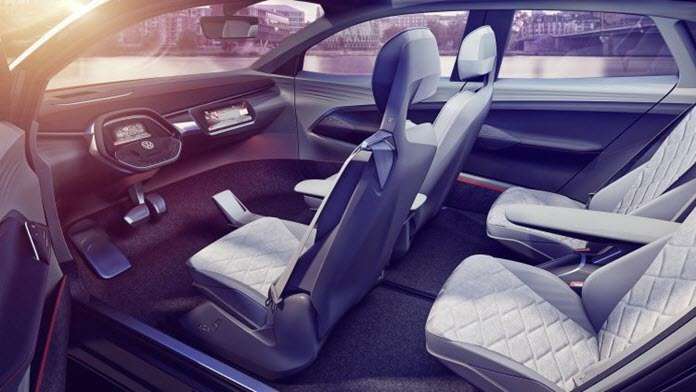 If this comes to production in a reasonably similar configuration as the concept, this CUV would be a game changer assuming another manufacturer doesn’t beat VW to the punch. Would you buy this CUV today in a $35-$45,000 price range?