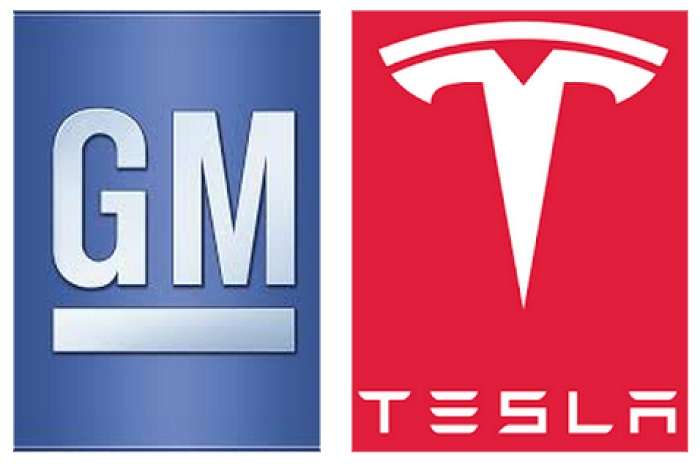 What happens if you survey 10 people on the street about electric cars. How many of them will know about Tesla Model 3 or Bolt EV? How GM and Tesla use the Bolt, Volt EV and Model S, Model 3 to l lure new buyers to their brands for more expensive vehicles with bigger profit margins.
Advertisement

With the long development cycles in the automotive industry I have always looked at vehicle electrification as a marathon and not a sprint. Many people liken vehicle electrification to the smart phone industry. But automotive industry is far more complex. Smart phones only need to last a few years while cars are complex machines requiring huge capital investment to design, test and be manufactured to last 10+ years.

Despite EVs like the Nissan Leaf and Chevrolet Volt being on the market for 7+ years plug-in electric vehicles still only comprise of less than 2% of overall vehicle sales. But I don't see this as a problem. Some electric vehicle advocates are looking to place blame on things like lack of EV infrastructure or automakers failing to push their plug-in offerings. I simply think it's just a lack of awareness.

Survey 10 random people on the street and likely at least 8 of them haven't even heard of the Tesla Model 3 or Bolt EV. Most people are not EV enthusiasts or even familiar with cars in general. Most awareness in EVs I believe is simply coming from word of mouth. As people buy EVs they tell their friends and family, some of which go out and buy plug-ins of their own. This is why we are seeing an exponential growth curve in the sales of plug-in vehicles and we are approaching an inflection point. It also helps that these plug-in offerings are becoming more capable and more obtainable. Many other manufactures see this and now want to get into the EV realm. But many challenges remain.

Selling Electric Cars Must Be Porfitable

The biggest challenge I see is that there needs to be a viable business model. With traditional vehicle manufacturers like GM this means the traditional dealership model needs to be profitable. Sales people in dealerships tend not to be “car people” and their knowledge on electric vehicles tends to match that of the general population (which currently isn't much). But in short time that will correct itself. The bigger issue is money.

Dealerships today don't make a lot of money off EVs and I'm not just talking about routine maintenance (which dealers don't normally make a lot of money off anyways). I'm talking about dealer margins. The amount of money the dealership can sell the car for above what they paid for it. And the dealer margins on EVs are comparable to that of compact cars (not much). So dealers don't have a lot of incentive today to push electric vehicles. And the margins are narrow on these cars simply because car manufacturers are not making money selling them ... yet.

The truth is dealerships and car manufacturers today make money selling large SUV's and pickup trucks. Manufacturers can often get more than double the money for a truck over a compact car. But they cost far less than double the money to build. Dealerships can often make several thousands of dollars off the sale of a truck while sometimes only making hundreds off the sale of a compact car (gas or electric). However, manufacturers use this as a tactic as well. They try to lure younger people to their brand with a low cost new car and then try to retain them to move up to a higher margin vehicle in the future.

General motors could justify the losses on the first generation Volt because it brought a lot of new customers to Chevrolet from other brands.

For a company like Tesla while they don't have to worry about dealer margins they also don't have a wide portfolio of high margin vehicles to pad their profitability (or current lack thereof).

In the future I could see Tesla using a vehicle like the base Model 3 to draw in new shoppers with the hopes of moving them up to a more profitable Model S or X. But Tesla has a lot of moving pieces. They have a fantastic growing supercharger network. But due to its proprietary nature the burden will be on Tesla to maintain and upgrade this network as technology evolves.

Personally I think Tesla should build an adaptor to CCS and CHAdeMO DC fast charge standards. Charge people for this adaptor and charge them to use the supercharger network and generate a profit. I see this as a win-win. Also while the Model 3 will help to bring scale to Tesla's operations the automotive industry requires constant re-investment.

Tesla needs to bring it's margins up so as to cover it's overhead costs. This is where something like the Tesla pickup comes into play. But make no mistake engineering a pickup truck is more complicated than a car. And engineering an electric one will be even more challenging.

The good news is costs are coming down for electric vehicles. And as more players get into the EV industry there will be more scale within the supplier base driving cost down even more. A recent study from UBS stated that the Chevrolet Bolt EV costs less than they thought possible to build. And that cost parity with gas vehicles in Europe could happen as soon as next year and in the US by 2025. This means it's plausible to see light at the end of the tunnel and that a viable business model is on the horizon.

Mark Ruess, President of GM North America recently claimed that GM will be the first to profit from electric vehicles. And many other manufacturers are getting on board.

Hopefully we will see a wide range of EVs on the market within the next couple of development cycles. And hopefully they are profitable so that car manufacturers continue to design, improve and build EV's into the future. We have come a long ways. It's been a long battle. But with propaganda from competing interests (Koch brothers) and EV's today not quite yet in a viable business model we still have some distance to go. We have been running this marathon for a long time. Some of us are getting tired and impatient but the finish line is in sight and we must push on.

Ramón Cardona wrote on August 7, 2017 - 3:13pm Permalink
Nothing new but a repeat of past reports by people that have ignored viral information. Deployment of chargers has accelerated; many cities and states are investing as to EV's and busses; research and production facilities as to parts and distribution are in the billions and rising; the "only 2%" of car sales is due to lack of models on sale which is changing quickly the next two years; as to awareness, not everyone has to know; lastly, if over 500,000 people want a Model 3 the demand is there! Thanks
Erik wrote on August 7, 2017 - 6:31pm Permalink
I do agree and that is why I mentioned that I believe we are at an inflection point for EV adoption. One other point. While 500,000 fully refundable deposits on the Model 3 sound impressive. Keep in mind that companies like Toyota, VW and GM sell over 9 million vehicles a year. 500K on it's own is still fairly small. Though significant for a single model.
Charlotte Omoto wrote on August 18, 2017 - 1:48pm Permalink
Tesla sold a Chademo adapter a while ago. I got one, but haven't needed to use it and the cost associated with using it because of Superchargers and Destination Chargers. Some Nissan dealers have Chademo charger, but it is only available when the dealership is open or worse yet only to Nissan Leafs that were purchased at the dealership :-(