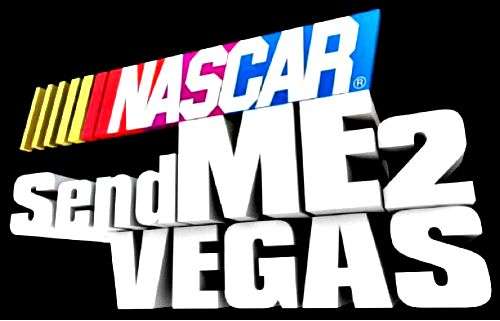 The second "SEND ME 2 VEGAS" sweepstakes has begun, giving you a chance to win a 2012 Ford Explorer XLT SUV worth up to $33,000, two VIP tickets to NASCAR’s After The Lap and the opportunity to be featured in a promotional spot on the Game Show Network (GSN), not to mention a two-night stay at the lavish Hard Rock Hotel and Casino in Las Vegas.
Advertisement

NASCAR has the most passionate and loyal fans in all of sports," said Norris Scott, vice president of partnership marketing and business solutions for NASCAR. "They are our greatest competitive advantage, especially for partners such as Ford and Coca-Cola. The inclusion of GSN as a promotional partner has added a layer of intrigue and excitement to SEND ME 2 VEGAS by putting one of these loyal fans in their own NASCAR-themed TV spot on GSN and has helped it evolve into one of our most compelling marketing platforms."

Fans can enter the SEND ME 2 VEGAS sweepstakes at NASCARafterthelap.com as well as at NASCAR Sprint Cup races, The Sprint Experience and select races at the participating Coca-Cola displays.

"SEND ME 2 VEGAS is an instrumental platform in Ford's marketing strategy for NASCAR," said Jamie Allison, director of Ford Racing. "In addition, NASCAR After The Lap offers us quality interaction with our customers which is invaluable. We look forward to participating each year and want to encourage fans to register today for the SEND ME 2 VEGAS sweepstakes and the 2012 Ford Explorer XLT SUV."

GSN has partnered with NASCAR on SEND ME 2 VEGAS, agreeing to feature the grand-prize winner in an on-air promotional spot, airing early in 2012 on GSN. The feature is part of the networks The World Needs More Winners campaign, designed to identify, celebrate and inspire a wide array of winners. During the SEND ME 2 VEGAS entry period, GSN will air spots featuring NASCAR Sprint Cup Series™ drivers discussing their winning moments and encouraging viewers to enter the sweepstakes. To view NASCAR winning moments from GSN, click here.

The third NASCAR After The Lap will return as a feature program during NASCAR Sprint Cup Series Champion's Week. Sponsored by Ford Motor Company and Coca-Cola, NASCAR After The Lap is known for its unfiltered, "tell-all" format featuring the 2011 top-12 NASCAR Sprint Cup Series drivers. Tickets go on sale October 3 for the Dec. 1 event to be held at The Joint in the Las Vegas Hard Rock Hotel & Casino.

To enter SEND ME 2 VEGAS, visit NASCARafterthelap.com. No purchase is necessary and the sweepstakes is open to legal residents of the 49 continental United States, District of Columbia and Canada currently 21 years of age or older. The contest is void in Hawaii, Puerto Rico and wherever prohibited. The sweepstakes is sponsored by JHE Production Group Inc. and will run until 2 p.m. ET Nov. 20, 2011. Ten first-prize winners will each receive a $500 VISA gift card. Odds of winning depend on the number of eligible entries received. Official Rules can be found on the website.