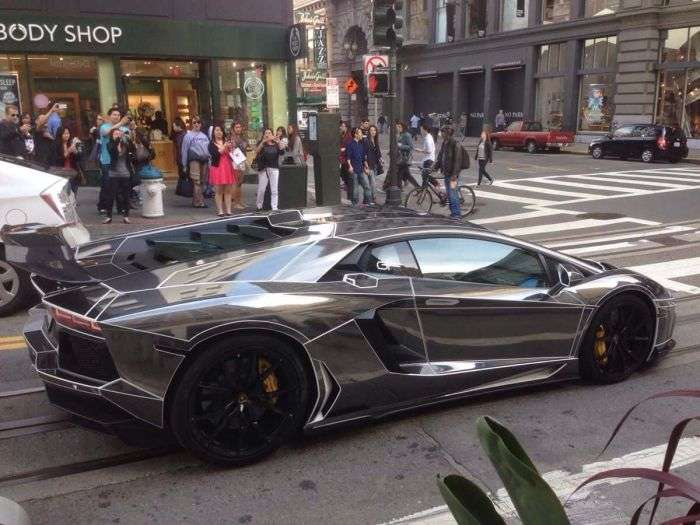 One of the more photogenic cars on the road, the Lamborghini has been featured in a number of famous films over the last half-century.
Advertisement

If you think that Lamborghinis are photogenic, you are not alone. Lambos have been appearing in American and Italian moves for nearly 50 years.

Indeed, the factory agrees with you. So, if you happen to be traveling in Italy during your vacation and your travels take you past the automaker’s Sant’Agata, Bolognese headquarters, you may want to visit the Lamborghini Museum. From now until Halloween, you will have a chance to see some legends of the movies at an exhibition, that, for want of an official title that we know of, we’re calling “Lambos of the Silver Screen.”

Taking a beat from Hollywood’s notable “Walk of Fame,” the exhibition honors the automaker’s most famous movie cars. It’s open from 9:30 a.m. to 7 p.m. daily – Sant’Agata time, of course.

The exhibition details Lamborghini’s near-50-year film history in “heavy metal.” The automaker’s vehicles appeared first in the movies in 1969. Its latest foray was in 2016.

In its first movie – you may have seen “The Italian Job” streaming somewhere – an orange Miura P400 graces the film’s opening sequence where it speeds along the St. Bernard pass. More recently, in the 2016 film “Dr. Strange,” Dr. Stephen Strange drives a Grigio Lynx (gray) Huracan Coupe. Dr. Strange is part of the Marvel franchise.

In another set of movies featuring a character from the DC world, Bruce Wayne – aka Batman – drives two different Lambos. In “The Dark Night Rises,” Wayne drove an Aventador; in “Batman Begins,” Wayne handles a Murcielago LP 640.

Veteran of 'The Cannonball Run'

If you are familiar with 1981’s “The Cannonball Run,” a Countach fills out the cast of characters – the cars were as much stars of the movie as were the actors. And 1985’s “Rocky IV's” matte black Jalpa is also part of the lineup.

Now, those are international films, so what about homegrown films from the Italian film industry? The brand appears in some Italian titles. For example, there’s an iconic red Lambo 350 GT that appeared in the film "Bar Sport." And, then there’s the Lamborghini Gallardo Super Trofeo that was in the 2016 film “Veloce come il Vento (Italian Race).”

The exhibit also features some high-tech, interactive stations. And, there is also a digital quiz totem, plus a selfie panel that lets exhibit-goers place themselves into movies right next to the famed Lambos.