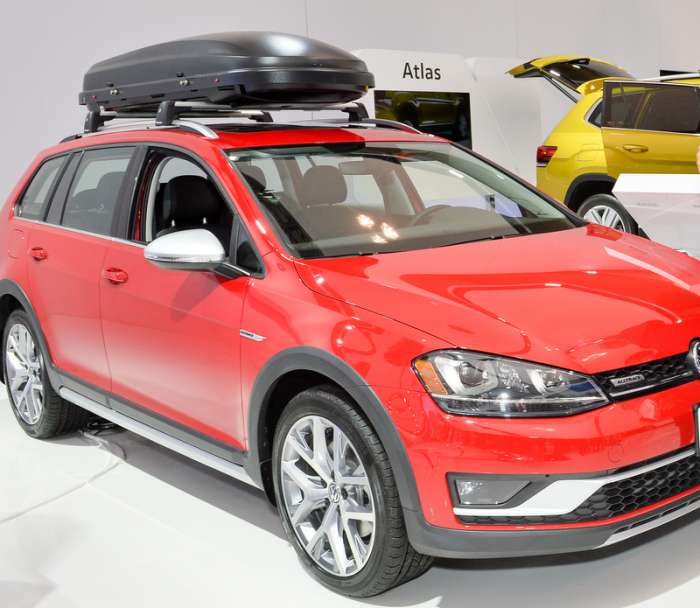 In the short time that it has been a member of the Volkswagen lineup, the Golf Alltrack has earned its well-deserved share of praise. Its performance, handling, overall lines and interior features have received kudos from auto writers and other commentators.

Thursday, the Automobile Journalists Association of Canada (AJAC) weighed it by awarding the VW model its prestigious Canadian Car of the Year for 2017. The Alltrack received the award at the Canadian International Auto Show in Toronto. A jury of 60 automotive journalists voted on the award after a rigorous testing program that was designed to mirror real-world driving conditions.

“We are honored that the Automobile Journalists Association of Canada found the Golf Alltrack so appealing,” Hinrich Woebcken, chief executive of VW’s North American Region. “The Golf Alltrack was designed to offer an affordable, yet upscale alternative to other all-wheel-drive wagons, and we’re heartened by the reception in North America from customers and automotive enthusiasts alike.”

The Alltrack’s latest award joins a list of honors that includes Car and Driver naming the Golf, Golf Alltrack, Golf GTI and Golf R to its 2017 “10Best” list. Also, AutoPacifica called the Golf its 2016 Ideal Vehicle. It ranked first in the publication’s compact car segment for the third time in the last three years.

The Alltrack joined the Golf family in 2017, replacing the popular Golf SportWagen. The Alltrack changed the formula that made the SportWagen popular. For example, the Alltrack offers higher ground clearance, VW’s 4Motion all-wheel-drive system as standard and rugged exterior styling. Powered by VW’s turbocharged 1.8-liter direct-injection four, the Alltrack puts out 170 horsepower and 199 pounds-feet of torque. Consumers have a choice of either a six-speed manual transmission or a six-speed double-clutch automatic. Base price for the Alltrack is $25,850.

Elon Musk Says Tesla To Offer Car Insurance in Texas Next Month, But These Challenges Exist
Tesla Co-Found Plans To Build a Battery Factory and Shift The Industry
END_OF_DOCUMENT_TOKEN_TO_BE_REPLACED