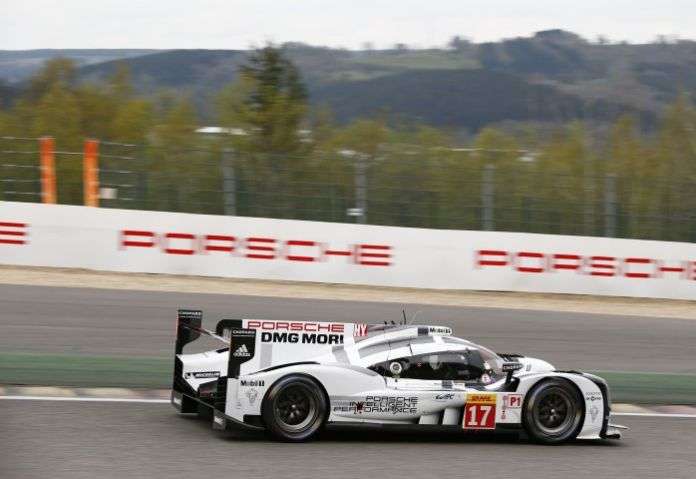 When the Rennsport Reunion opens in April, enthusiasts will have a chance to rub shoulder with some of the greats of Porsche racing as the automaker and Laguna Seca have unveiled the competition categories and applicant information for this vintage event.
Advertisement

When Rennsport Reunion VI gets underway next September, it will reunite many of the drivers – and cars – that have written a large part of the history of motorsports for nearly three-quarters of a century. As part of the planning for the event, Porsche Cars of North America and Mazda Raceway Laguna Seca have announced the latest groupings and competition applicant information.

A four-day “family reunion,” the Rennsport Reunion features seven race groupings that promise excitement. The Reunion is as much about racing as it is about meeting and greeting friends and acquaintances from the earlier racing experiences or other Reunions. The last Reunion, held in 2015, drew nearly 60,000, making it the world’s largest gathering of vintage and Porsche racers and race cars. The upcoming Reunion returns to the event’s former practice holding it on even-numbered years.

Scheduled from Sept. 27 to 30, 2018, the Rennsport Reunion VI will bring together those who designed and engineered some of racing’s iconic machines with those who have driven the cars to victory in some of the world’s most famous and hard-fought sports car races. Hosts for the event are Porsche Cars of North America and Mazda Raceway Laguna Seca. It will feature the most extensive variety of history Porsche competition models in the company’s long history.

As in the past five reunions, the car groupings include the period in which they raced, enabling enthusiasts to focus on different motorsporting eras. The method maximizes the number of vehicles in each class. Fans will have full access to both paddock and trackside locations where they will be able to see – and hear – everything from early 356 sports cars to the latest Le Mans-winning 919 LMP1 Hybrid. Nearly every number near and dear to Porsche aficionados such as the 550, 904, 908, 962, 911 and 935, including the groundbreaking 917 will be available to those attending the event.

Those interested in registering their Porsche race cars for competition in the Rennsport Reunion VI have until April 1, 2018, to apply.You can obtain more information here. A selection committee will verify proper livery, mechanical correctness and its place in Porsche racing history. Ticket packages – with options for camping and hospitality – are available by calling 831-242-8200.

The event promises a full weekend and more of exciting vintage racing. The racing includes practice runs, qualifying, and warmups, for each group, plus the races. The event is complete with exhibition parade laps to complement the competition and a planned Concours.