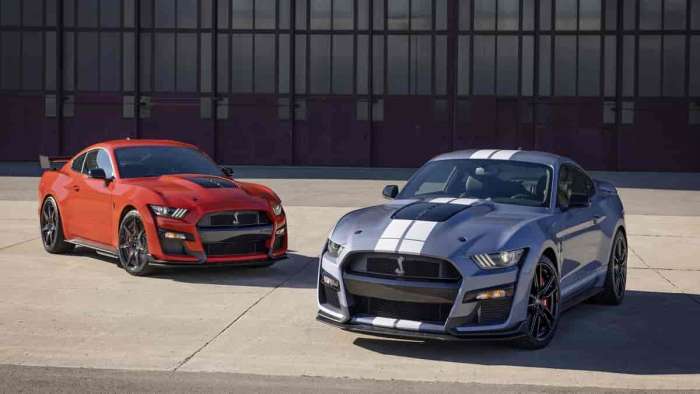 The Ford Mustang GT, which is celebrating its 58th birthday, has been named the leader in its market segment for the seventh straight time.
Advertisement

Even as the Mustang celebrates its 58th birthday, one of the world's iconic performance vehicles has been named the world's best-selling sports coupe. This information comes from a Ford analysis of registration data provided by Standard & Poor Global Mobility.

In fact, the Mustang, which debuted in 1965, was named the world's best-selling sports coupe for the seventh year in a row.

Led by the 5.0-liter V-8-powered Mustang Mach 1, the make retains its sales crown for 2021. Indeed, the Mach 1 has been joined by the Mustang Shelby GT500, the most powerful street-legal Ford and the most advanced Mustang ever in retaining its sales crown. Despite this great news the owners of Ford Mustangs and the automaker are squaring off over the Voodoo engine in the GT series.

"When enthusiasts around the world get into a Mustang, they unlock that feeling of freedom and experience the open road," said Kumar Galhotra, president Ford Blue. "That feeling, along with iconic design, awesome powertrains, and a passionate global community, all contribute to making Mustang a sales leader for the seventh year in a row."

According to Ford's internal data, the United States remains home to the most substantial demand for Mustang, representing 76 percent of global sales. Other markets that saw growth in Mustang sales in 2021 include New Zealand, up 54.3 percent, Brazil, up 37.3 percent, and South Korea, up 16.6 percent. For those who wanted a Mustang of their own, customers retail orders nearly doubled in 2021 compared to the year prior.

Ford looks to continue this momentum with five new special editions in the lineup, including:

From Mustang EcoBoost to Shelby GT500, there is a special edition at every performance level for muscle car enthusiasts.
Eight New Colors Available For 2022

Mustang Mach-E, the newest member of the Mustang brand family, also had a successful 2021 as one of the hottest products at Ford.

In addition to a solid first full year of sales, the Mustang Mach-E earned a trophy-case worth of press awards, including the coveted North American Utility Vehicle of the Year honor, Car and Driver's 2021 EV of the Year, 2021 Wards 10 Best award, and a 2022 Kelley Blue Book Best Buy Award. Mustang Mach-E was also recently named a finalist for the 2022 World Car of the Year.

Mustang's sales basis was based on S&P Global Mobility new light-vehicle registrations from the calendar year 2014 to the calendar year 2021. The figures are compiled from the government and other sources. The figures capture 95 percent of global new vehicle volumes in more than 80 countries, as reported in February 2022. The S&P Global Mobility figures define a sports coupe as a two-door and convertible models.