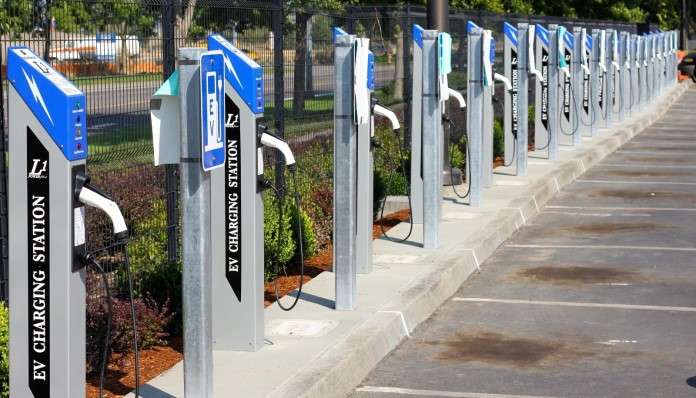 How many charging stations needed for EVs? EA believes 2,700

VW's subsidiary, the unit created as part of the settlement of the Dieselgate scandal, to not only drive an electric vehicle infrastructure but also choose locations, create the number of charing sites and wet numbers, has determined 2,700 vehicles are needed for EV infrastructure.
Advertisement

The VW subsidiary said this week that it would build the sites in 17 of the U.S.’s largest cities, completing the task in about a year-and-a-half. A total of 500 sites, most located in and around workplaces, with the remainder located at multi-family dwelling sites such as apartments.

Mark McNabb, Electrify America’s chief, in a moment of candor, admitted that one of the “biggest barriers to the mass-market adoption of electric vehicles is access to chargers.” His VW unit will go a long way toward rectifying that issue.

Other manufacturers – General Motors and Ford – have touted their plans to field families of EVs (Electric Vehicles) as they take on Tesla, which, despite massive infusions of cash, still has yet to turn a profit, even though it is arguably the most significant EV manufacturer. Tesla’s products have tended toward the luxury end of the market. The Model 3, for which there are more than 300,000 orders, remains a new solution as the automaker has yet to release one of them. The carmaker also recently reported its most significant quarterly loss.

The plan to install the charging stations recognizes one of the critical issues with EVs, charging. Unlike conventional vehicles whose gasoline station infrastructure has been built to its healthy state by more than a century of work by the oil industry, there is no EV charging ecosystem. Electrify America is addressing this issue. It has chosen SemaConnect, EV Connect, and Greenlots to install the stations.

One condition of VW’s Dieselgate suit settlement – VW faced multiple suits on the diesel emissions scandal and settling it – was that VW spends up to $800 million in California alone on establishing an electric vehicle charging infrastructure. Another $1 billion or is marked for construction of the infrastructure elsewhere.

No killer app yet found to bring about EV revolution

Scott Fisher, Greenlots’ veep of market development, said in an interview with Reuters that there “hasn’t been a significant catalyst yet for ramping up the number of charging stations. This is an unprecedented opportunity to help create the electric vehicle infrastructure we need across the U.S.”

"There hasn't been a significant catalyst yet for ramping up the number of charging stations," Scott Fisher, Greenlots' vice president of market development, told Reuters. "This is an unprecedented opportunity to help create the electric vehicle infrastructure we need across the U.S."