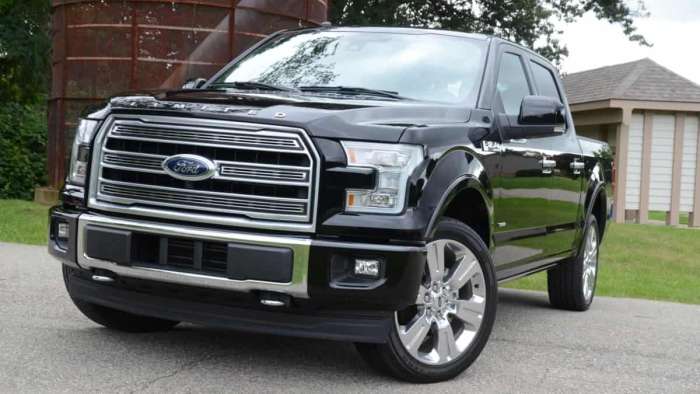 This week a small Alabama dealership was shut down in its attempt to use shotguns as part of an F150 car sales promotion. Ford's action follows a shooting at a California dealership that left several dead.
Advertisement

It hasn’t been a good week for Chatom Ford’s “God, Glory, and Freedom” promotion. A small dealership in rural Alabama, General Manager Colin Ward came up with the promotion to take advantage of the holiday, or so he thought.

Instead, there was a shooting at a California Ford dealership early this week that caused the automaker to tell Chatom to knock it off. The promotion promised anyone who purchased a new Ford F150 or another vehicle a Bible, a new American Flag, and, most controversially of all, a certificate good for $200 towards a shotgun purchase.

To Ward, it made perfect sense. After all, the Fourth of July was upcoming, the rationale for the Flag; dove hunting season is also coming up, the reasoning for the shotgun, and, the Bible speaks to the God part of the promotion. Likely, Ward thought that it would attract some extra truck and car buyers to his three-salesperson dealership. However, the promotion lit up the phone lines with calls from all over the country. Indeed, Ward said his sales staff couldn’t keep up with the calls.

Things were going well, once the promotion broke – the dealership reportedly had five sales in the first couple of days of the promo. At the same time, though, there was a tragic shooting at a California Ford dealership that claimed several lives. The shooting cause Ford to raise a corporate eyebrow at the appropriateness of a promo that ultimately resulted not in the sale of F150s, but also shotguns from local gun shops.

The more Ford looked into the promo, the more inappropriate it seemed, and there was only one solution, a cease and desist order from Ford corporate. The action still has Ward upset. He told the Ford Authority that the promotion was “catering to our local community,” rather than other parts of the country. He told the publication that the program was not political and was not meant to offend. He said, if a customer wanted something other than a shotgun, there was a choice of something of equal value ($200). One customer wanted a different flag, while a second customer wanted an Amazon gift card.

Despite his perceptions of the program, Ford didn’t quite see it his way and the promotion, which was to continue until the end of the month, was shut down. For Ford, it was likely a matter of sensitivity to the tragedy that befell the California dealership. That the Chatom promo was massively insensitive to the shooting seems somehow to have escaped Ward. It was good while it lasted, but, the fact that another dealership lost employees, while Chatom was offering shotguns for new-truck sales has no good optics, no matter how you look at it.

Interestingly, Chatom advertised this sale solely on Facebook. There was no local ad space sold.