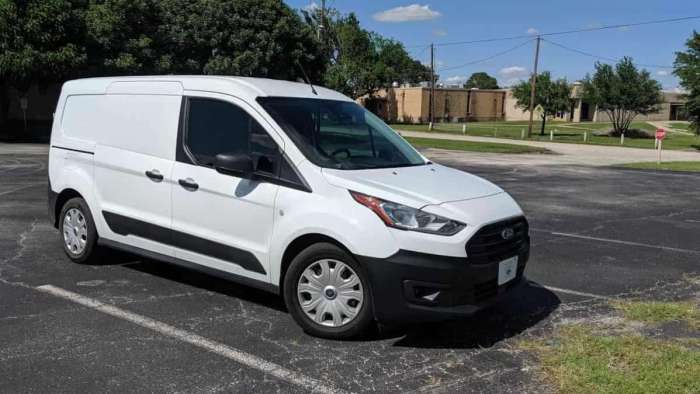 Ford has announced the recall of 200,000 2013-2021 Transit Connect commercial and passenger vans to repair a faulty transmission cable bushing.
Advertisement

In another recent recall, Ford called back 660,000 Explorer SUVs to repair a roof rail problem.

Meantime, the continuing Takata safety recall issue continues to plague automakers like Ford. The Takata recall is the biggest safety recall in history and involves front driver and passenger airbag actuators that can explode throwing shrapnel throughout the interior. The problem has caused fatalities and serious injuries. Recently, the automaker another recall covering 2.6 million vehicles.

According to the automaker, a bushing that attaches the shifter cable to the transmission may degrade or detach. This could mean that though the driver has shifted into Park, the vehicle may not be in that gear. Further, it could allow a driver to move the gearshift lever into Park, shut down the vehicle, and exit with no warning message or chime sounding that would indicate the vehicle isn't in Park.

The recall affects 192,080 vehicles in the U.S. and federal territories and 12,629 vehicles in Canada. The Car Connection (TCC) reported that the issue relates to the six-speed automatic that was new in 2007. The eight-speed automatic is unaffected.

Ford reported that it has not heard of any crashes or injuries involving Transits, equipped with the transmission. Ford issued an earlier recall in 2018 for more than 500,000 2013-2014 Fusion and Escape cars for unintended vehicle movement due to a faulty bushing, TCC reported late last week.

Ford will begin to notify owners of the recall at the end of June. Dealers will inspect and replace the under-hood shifter bushing free of charge. They will also add a protective cap over the shifter cable bushing.

The Ford reference number for this recall is 21S24. For more information, you can contact Ford customer service and check out Ford's recall website.

Toyota vs Tesla: Which Stock To Buy These Days
For Some Former Daimler Managers Daimler Is Authority, While Tesla Is Like a Startup
END_OF_DOCUMENT_TOKEN_TO_BE_REPLACED