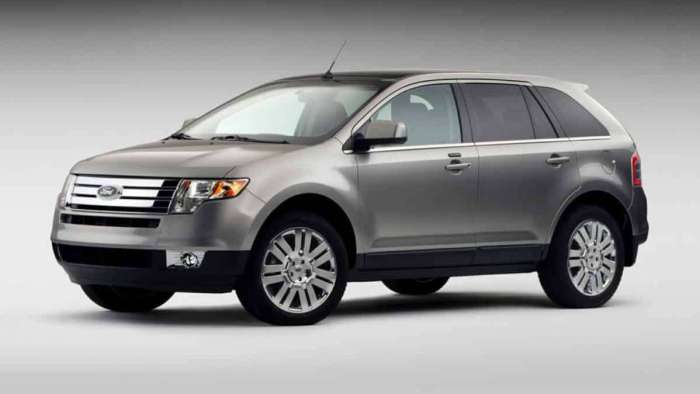 The Takata safety recall just keeps on rocking the auto industry. In the last nine weeks, for example, Ford has recalled more than 6 million vehicles in response to history's largest safety recall.
Advertisement

For the third time in the last two months, Ford has announced a major Takata-related recall. The automaker announced Friday that it initiated another recall of nearly 3 million vehicles to replace the driver-side airbag inflator.

Ford had submitted a petition to the National Highway Traffic Safety Administration (NHTSA) requesting that the agency accept the moisture-absorbing desiccant used when the inflators were installed in 2017 as approved.

After a nearly four-year wait, the agency ruled that the formulation used in the airbag inflators made by Takata in 2017, as part of its response to the most significant safety recall in automotive history, was acceptable. Ford argued in 2017 that driver-side airbags were original equipment devices. Further, the automaker argued that the devices contained a calcium sulfate desiccant.

The problem with Takata inflators, until that time, was that they used an ammonium nitrate-based propellant to inflate airbags. Over time, the ammonium nitrate deteriorated, causing the explosive blast that inflated the bags to become stronger. This led directly to the Takata airbag inflator recall, which became the most prominent automotive safety recall in history. This recall was also perhaps the most deadly equipment-based recall, with 26 deaths worldwide and 400 severe injuries between 2001 and 2017.

The issue involved inflators that exploded with far more force than required. Typically, an inflator propels the airbag to total inflation in about 20 milliseconds so that the driver hits the airbag at the full point. Almost as quickly, the airbag deflates. The driver, in theory, is supposed to escape with a minimum of injury.

The problem with airbags and inflators affected by the safety recall was that the ammonium nitrate propellant exploded the airbag out of its housing with far too much force. The result was that the inflator housing burst into pieces of shrapnel that went zinging through the passenger compartment. If there were no humans in the way, things were good as the jagged metal pieces would bounce harmlessly off the interior. The problem with this was that since the airbag was deploying, the chances were excellent that a human or two would be upfront – the airbag recall involved the driver-side airbag and the passenger side device.

And since it occurred when the airbag was deploying because of an accident, there would naturally be a human or two involved.

Why did it happen? The answer, NHTSA and other investigators determined were in the manufacture. The millions of inflators involved in this safety recall – some 70 million airbag inflators were involved ultimately – in 55 million cars and trucks worldwide were poorly made by Takata's plants in Mexico. The manufacturing plants allowed detritus of various types to enter the inflators. The manufacturing process precluded an excellent seal allowing a long-term problem began to manifest itself. It was long-term because it took seven or more years before the ammonium nitrate began to deteriorate and increase its explosive force.

In a further "gotcha," the inflators were made in an area that was hot and humid. This helped to speed up the deterioration. It also impacted the recall in the United States. Vehicles with inflators that felt the problem's effect were in areas of higher humidity and heat, basically the Gulf Coast, American Southeast, and the West Coast. Also, the American Trust Territories of Samoa, Guam, and the Marianna Islands, plus Hawaii. You can see that millions of vehicles would be affected by this geographic distribution.

It's not that the manufacturer didn't know about this issue because it did. Indeed, the problem had its beginnings in the mid-1990s when an engineer proposed changing the inflators' design to make them more efficient. In this case, though, efficient meant more expensive, so the powers-that-be at Takata looked the other way. Yes, they did go through the motions of making things more efficient and safer – the airbags would be changing their propellant from ammonium nitrate. However, after a series of in-house tests, they determined that the new inflator design was too expensive and the new propellant was equally as expensive. 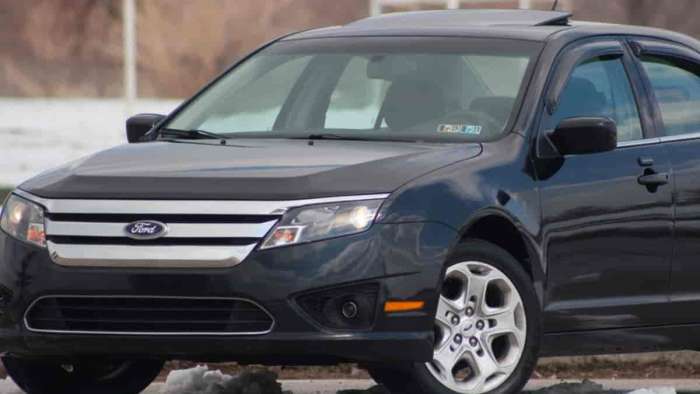 So, they kept the old design and moisture-attractive propellant (ammonium nitrate attracts moisture, and if a unit seal isn't good, then there is a problem). Within about six years, the problems began to manifest themselves in a cluster of 2000-2002 Honda Civics and Accords. Ultimately, this cluster exhibited exploding airbag inflators in the 20 to 40 percent range. Takata did recall these vehicles did swap out the inflators, replacing the inflators with the first of four different designs. The base issues never changed – heat, poor manufacturing quality, and humidity.

By 2008, Takata had issued two or more significant recalls that involved hundreds of thousands of vehicles. After 2008, there were other related recalls, but they were by an individual carmaker and not industry-wide. Meanwhile, on hearing of the various recalls, NHTSA began turning the wheels toward an agency investigation, which usually takes a bit of time for the agency to act. By 2014, there were other recalls, and NHTSA had begun an investigation.

Takata, which didn't like the investigation in the first place, had tried on its own to solve the problem. Indeed, the manufacturer reportedly conducted several internal tests which showed poor performance. There were reports that the results of the Takata-backed investigations were
"lost." The results, it turns out, were not lost at all. Instead, there were reports that the results ended up in a landfill somewhere. In the end, only the head of Takata and his board knew what happened to the results. It would take another couple of years until the NHTSA testing results showed a problem with the Takata inflators.

By 2016, the walls were closing in on Takata. More and more, it looked as if Takata was putting out poorly made inflators. NHTSA's investigators had found the problems and were readying their case. Ultimately, Takata was found guilty of one criminal count, and it was also fined quite heavily by NHTSA. By the middle of 2016, Takata faced more than $300 million – NHTSA's maximum fines were $150 million at the time.

When 2017 rolled around, Takata was reeling. NHTSA ordered the manufacturer to do primary vehicle recalls, and it could not afford to do the recalls, take care of the problem, and manufacture replacement kits. By the middle of the year, things were bleak at Takata. They had replaced much of the board, and the company's third-generation head was no longer on the board. In the end, 2017 was telling as it was the year that Takata declared bankruptcy, and other manufacturers came in and picked up the burden.

It was quite a burden, too. Automotive manufacturers faced millions of vehicles and their inflators, each needing a recall. And, they worked out a multi-year timetable that was supposed to be complete by 2021. Instead, the major recall is still going on.

Takata Probers Turn To Other Industries For Answer

Indeed, investigators turned to other industries to find a cure for the moisture problems. Like the drug and electronics industries, they found that desiccants cured the problem of moisture-attractive propellants. The drug and electronic industries used desiccant modules to keep their products in good shape. The investigators found that ammonium nitrate can be kept in good shape with the addition of a desiccant. Ford's petition to the NHTSA said that since the desiccant-bearing inflator modules were acceptable, it requested that the agency grant its petition that a safety recall wasn't needed.

Ford launched its petition in August 2017 when it told the agency that it believed a recall is unwarranted because the desiccant-bearing airbag inflators perform differently. However, Ford respects the agency's move to deny Ford's petition and is proceeding with the recall accordingly. The NHTSA denial was in January 2021.

The action affects approximately 2.6 million vehicles in the U.S. and federal territories, 274,737 in Canada, and 46,078 in Mexico. The list includes: 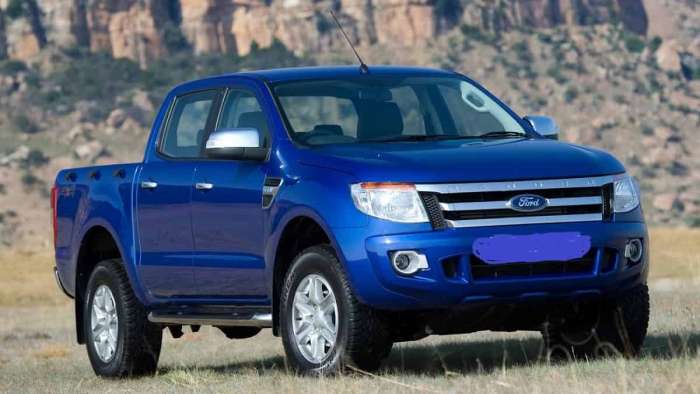 According to a Continental Tire of America recall, certain tires supplied to Ford and other auto manufacturers may have cured beyond specification.

The affected tires may experience a framework break in the sidewall, leading to a sudden air loss. The same problem could also lead to a belt edge separation that could lead to a partial or complete tread or belt loss.

While these conditions may increase the risk of a crash or flat tire, Ford is not aware of any reports of accidents or injuries related to the issue.

Owner notifications will begin during the week of March 29. When owners receive their notifications, they can bring their vehicles to dealers who inspect tires and replace those that match the suspect tire list. If a dealer replaces a tire on one side of a vehicle, a corresponding tire on the opposite side will also be replaced. If a dealer replaces a pair of front tires, the new pair of tires will be installed or moved to the rear axles. The tire list was provided to Ford by Continental Tire of America.

The Ford reference number for this recall is 21S10.

Toyota's First EV Will Have a Name of BZ: Toyota BZ
First Videos From Inside The Boring Company's Las Vegas Loop
END_OF_DOCUMENT_TOKEN_TO_BE_REPLACED