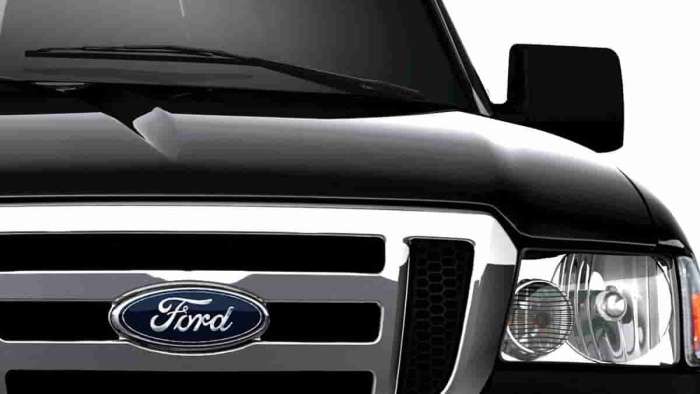 Ford has continued to reel under the impact of the Takata safety scandal. Last month, the automaker was forced to recall three million vehicles to repair or replace airbag inflators that may be using obsolete repair part kits.
Advertisement

And so it rolls on and on. Ford, which last month recalled 3 million vehicles as part of the ongoing Takata safety recall, has recalled more vehicles to repair the deadly airbag inflators that have taken 26 lives worldwide and wounded more than 400 others. The recalls cover 156,000 vehicles.

This time Ford has again recalled vehicles involved in the Takata recall. The vehicles, according to Ford, may have had obsolete Takata service parts installed in either collision or theft repairs following completion of Takata recall work.

The need for this particular recall arose after Ford parts personnel identified some Takata airbag inflator modules that weren't taken from service stock after the parts for the permanent service fix became available. It required some extensive detective work by Ford service personnel to find the obsolete Takata service parts. Because Ford couldn't account for some of the obsolete Takata parts, the automaker noted that the airbag inflator modules covered by one of the recalls mentioned in this story might have been installed on vehicles as part of repair work.

Ford indicated that it is not aware of any reports of accident- or injury-related issues related to these issues. Ford notes that the vehicles involved are in two groups of vehicles that it has labeled populations.If you have been wondering what all the fuss about the Taktata recall has been go over to this detail of the history of the Takata recall.

The Ford reference number is 21C06.

Customer notifications will begin the week of March 8. The Ford reference number for this recall is 21S05.

Ford noted that its recall affects 1,640 vehicles in the U.S. and federal territories, 24 in Canada, and two in Mexico. The automaker noted it isn't aware of any injuries or accidents related to this condition. Ford built the affected vehicles at its Hermosillo Stamping and Assembly Plant, Mexico, from July 22 to November 24, 2020.

Dealers will confirm that the rear suspension bolts are correctly secured. If there is a problem, the dealer will replace them. Ford's reference number for this recall is 21S04.