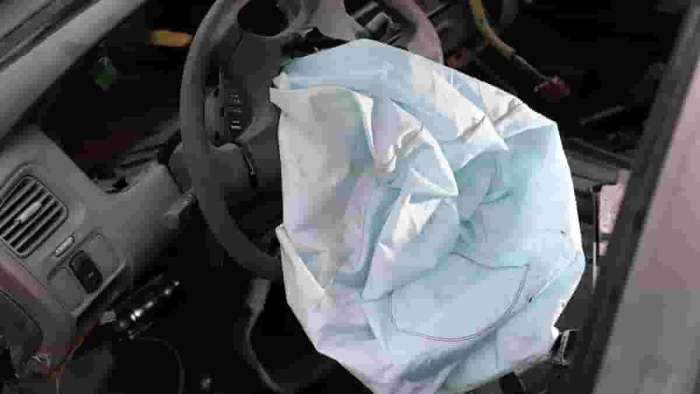 As we enter the second month of 2021 it becomes more and more obvious that the Takata airbag scandal will be with us for some time to come.
Advertisement

While Not Big, Ford Supports Even Small Recalls fully.

To explain this further, you have to go back to the early 1990s when Takata, then the second-largest airbag manufacturer, tried to update its inflators. At that time, an engineer with Takata proposed changes to the airbag inflator units. And, the airbag manufacturer held tests to see if the changes worked.

According to observers at the time, the engineering team's changes did work, but they were too expensive for active consideration by Takata. Among the changes proposed were changes to the airbag inflator units themselves and the propellant used to inflate the airbags.

This was about 1999 or so. Instead of taking and using the proposed airbag inflator changes, Takata settled on its tried-and-true solution, ammonium nitrate, which has some inherent heat, deterioration, and moisture issues.

Incidentally, Takata did make at least four changes to its inflator units. However, they were still susceptible to the issues that brought about the recalls in the first place.

Issues Begin To Manifest Themselves

As early as 2001, the issues started to manifest themselves as Honda, which used Takata airbag inflators exclusively – a situation that continued until at least 2014 because the automaker owned a small percentage of the airbag manufacturer – recalled several cars. Indeed, Honda had several more rounds of recalls through the 2000s and on into the 2010s.

Honestly, it is not that Takata didn't try to correct the problem from 2000 to 2014 because it did. As noted, the airbag manufacturer tried different configurations of its airbag inflators during the period. It tried three or four different versions of the housing that was a significant part of the problem. However, the changes couldn't overcome the manufacturing processes and the environment where Takata built the inflators. The key points to remember here are the hot environment in which the inflators were manufactured, the flawed manufacturing process that allowed debris to become part of the inflators, and the humid environment where they were made.

Location Of Inflators Is Key

The next point to consider is where the inflators were used. The inflators were used to inflate the driver's airbag or the front passenger airbag, which is at the heart of the recall. When the airbag inflators went off under normal circumstances, the airbags should have been driven to full inflation in the 10 or 15 milliseconds between start and finish. However, as early as 2002, Takata realized something wrong and began a series of recalls to repair things. At that time, the recalls were limited to Honda.

Consider the location of the inflator, the driver, or front passenger-side airbags. It would have made little difference on which side the airbag inflator was located. However, But, with Takata airbag inflators, there was no typical course of events.

As was found out by 2011 or so, the combination of moisture, deterioration, and debris in the inflator housing base created a condition that ultimately led to a death in the passenger compartment. It wouldn't seem possible that a device like an airbag inflator would lead to death. What happened was that the deteriorating propellant increased the speed and force of the propellant blast. In turn, the more powerful propellant burst the inflator housing causing shrapnel-like pieces to spin through the passenger compartment's interior. Anyone or anything in the way of these high-speed shards was shredded. 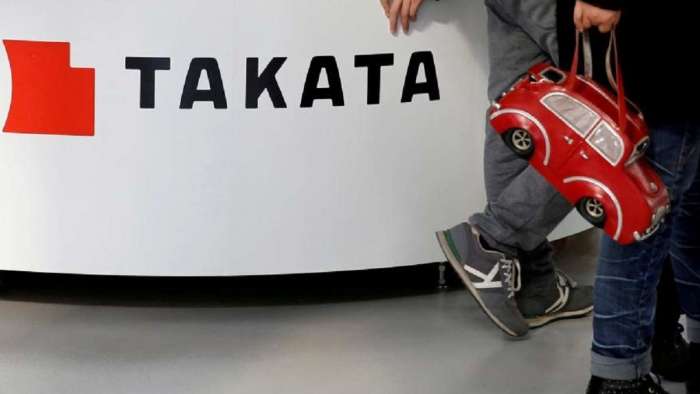 At this point in this issue's history, the National Highway Traffic Safety Administration (NHTSA) stepped in and investigated the problem. Meantime, they also ordered further recalls. There was still no right answer, by the way, how to combat the exploding airbag inflators. We are roughly at 2014 in the narrative as NHTSA began an in-depth investigation of the problem. In Europe, other investigations were also underway.

NHTSA studied the problem for more than a year. The result was the first part of the significant recall campaign. Ultimately, the campaign has involved 19 automakers, each of which has used Takata products. By this time in the narrative, Takata was besieged by the auto industry and regulators. In the space between 2014 and 2016, NHTSA had ordered as many as 47 to 70 million inflators replaced. Takata was trying to cope, but there was little doubt that the company would face tough times to repair the problem.

As in all recalls, the company that caused the issue was responsible for figuring out the cure and supplying the kits necessary to repair things. In this case, though, it was just too much for Takata. Indeed, they did find an answer to the problem, but the airbag manufacturer needed help to put things in place. By this time, the number of airbag inflators that were found defective was well over 50 million. Including Europe, at this point, Takata couldn't go it alone. The airbag manufacturer did find a fix, which was pretty simple if you look at it. The manufacturer's engineering staff turned to a different industry for the answer.

For a long time, the film – and drug – industry used anti-desiccant packs to take moisture out of closed environments. They could dry things up by adding such a pellet or pack to the airbag inflator's propellant. However, by now, it was nearly too late.

It was about as close to a Eureka moment as you will find in this tale of inflators.

Meantime, the NHTSA continued its oversight and ultimately fined the airbag manufacturer record amounts. Also, Takata entered a guilty plea to one felony count. Inevitably, the slide continued to the point where Takata went under and was taken over by other manufacturers.

The Takata safety recall is still major news in the car industry. One might have thought that with its bankruptcy, the issue would have disappeared. However, NHTSA and 19 automakers have been working out the drawn-out program.

Like all recall programs, owners of vehicles affected vehicles will be notified by General Motors. Once owners are notified, they will be told to bring their vehicles to their local dealers, where a new one will replace the inflator. Even if your vehicle seems to be running well, it is best to take it to your dealer to ensure the airbag issue is looked at.

The recalled GM vehicles include: