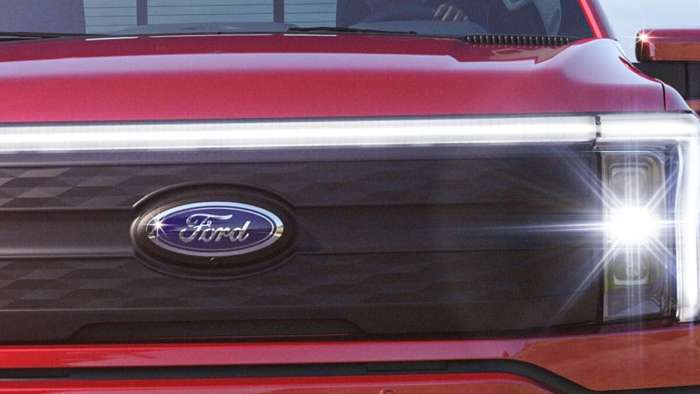 Ford may lay off up to 8,000 white-collar workers to provide a major funding boost for its electric vehicle push.
Advertisement

Up to 8,000, Ford workers may lose their jobs as the automaker seeks ways to fund further moves into electric vehicles. So far, Ford has successfully introduced the Mustang Mach-E, an electric crossover; the Ford F-150 Lightning all-electric pickup; and the E-Transit van, a truck aimed at business.

According to the Bloomberg News Service, Ford's move relies on job cuts mainly from the Ford Blue unit, a newly created business unit that "produces gasoline-powered vehicles." Other cuts, various unnamed sources told the news service, will come from "salaried operations throughout" the automaker. It's possible that the general outline of the plan could change as the automaker has not finalized it.

Ford's plan to downsize a bit to free added funding for electrics "comes on the heels of Michigan giving the automaker a $100 million tax-funded incentive package. Ford received the incentive package last month as Michigan looks to expand its job pool. A report published in the Detroit Free Press states that the number of jobs slated for cuts in Michigan hasn't been finalized.

Mark Truby, a Ford spokesman, "told the Detroit Free Press that he could not confirm the Bloomberg report."

Interestingly, even as the automaker looks to pull the jobs from Ford Blue and Ford CEO Jim Farley has indicated two things: First, he plans to invest $3 billion in cost-cutting by 2026; and second, he plans to make Ford Blue into "' the profit and cash engine for the entire enterprise.'"

Farley presided over the restructuring of the automaker in March. The new structure created Ford Blue and a Model e unit. As noted, the Ford Blue unit's focus will be internal combustion engine vehicles – the market-leading F-150 pickup, the Mustang, and the Bronco lineup. The Model e unit will focus on developing EVs.

In an email from spokesman T.R. Reid, Ford declined to comment on the "'speculation' about its business." In the email to the Detroit Free Press, Reid noted, "As we've said lots of times, to deliver our Ford+ transformation and lead an exciting and disruptive new era of electric and connected vehicles, we're reshaping our work and modernizing our organization across all of the automotive business units and the entire company. We've laid out clear targets for our cost structure so that we're lean and fully competitive with the best in the industry."

In another March action aimed at boosting Ford EV spending, Farley increased its EV planned spending to $50 billion, "up from $30 billion through 2026." Farley's vision for the automaker's electric future has it building up to two million EVs a year by 2026. In contrast, "last year, Ford sold 27,140 EVs," said the Free Press.

General Motors, "Ford's crosstown rival," plans to put $35 billion into "EV and self-driving car technology by mid-decade with the goal to sell one million EVs in the U.S. by that time."

For Ford, "workforce reduction is a key to boosting profits, which have eroded on its Mustang Mach-E and other plug-in models because of the automaker's increased costs for commodities and warranties."

Ford Has “Too Many People”

Five months ago, Farley told a Wolfe Research auto conference that the automaker has "too many people. This management team firmly believes that our ICE (internal combustion engine) and BEV (battery electric vehicle) portfolios are under-earning."