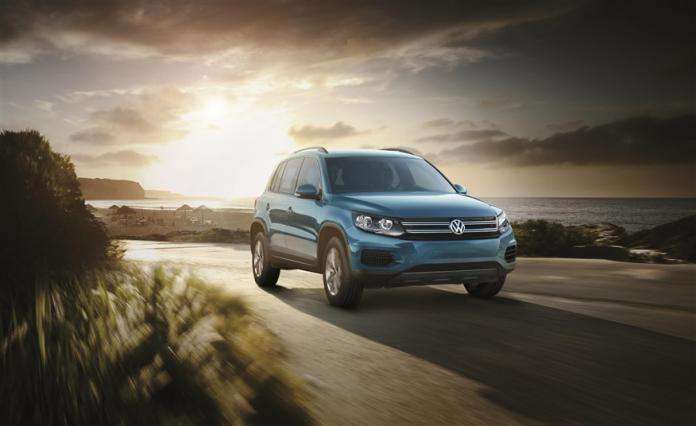 With the start of the 2018 model year, many outlets, websites and more are picking their finals list for the top 2018 model.
Advertisement

Like a pair of gloves, you can’t have a new automotive model year without its matching awards year. Indeed, there have already been some new-car awards, though they were based on 2017 models. And, now that model year 2018 has dawned, it goes without saying that contenders for the 2018 slots available from each contest are being announced.

For example, thecarconnection.com announced Monday that it had culled its collection of contenders for “Best Car to Buy” for 2018. The editors of this popular and influential website, chose vehicles under $50,000, which were available before Nov. 1, and those which won’t go on sale until after April 30, 2018. Then, they put the cars that were in the first rough cut through their paces and slimmed the pack down.

When they were finished, they had their eight finalists. Following the market, most of the vehicles chosen for the big prize were crossovers. There were only one sedan and a right-sized crossover.

An interesting trend among the contenders – the winner will be unveiled on Nov. 14 – is their manufacturer. Four of the vehicles are from General Motors, which makes sense, as they have one of the most densely crossover-packed lineups on the market; two of the crossovers are from Volkswagen Group, the right-sized crossover is by Volvo (Tata Group from India), and the lone sedan was a Honda. A right-sized crossover is one that is a bit bigger than a standard car, but smaller than a midsized crossover. In size, it is about the size of the BMW X1 or 3 or the VW Tiguan LTD. The models made by Volkswagen include the Audi Q5, all new for 2018, and the Volkswagen Tiguan, substantially hanged. The Q5 went on sale in September while the Tiguan took to the showroom in August.

The Audi Q5 was chosen for a combination of its styling, interior comfort, excellent handling and its technology package. It has a lot going for it, though its lines are conservative from some angles.

Volkswagen has a new crossover offering

Volkswagen’s Tiguan, not to be confused with the Tiguan Limited, is not entirely a wholly new vehicle, but it is. This may seem a bit paradoxical but consider this: the Tiguan is on sale alongside the Tiguan Limited, and they are not the same vehicles. In fact, while the Limited is the standard-sized Tiguan in the rest of the world, here it is only a partner in sales. The Tiguan is fully 30 inches, overall, longer than the Limited and it is built on a wheelbase that is 11 inches longer than the Limited. It is also a three-row model, as opposed to the solidly two-row Limited. The new model meets the needs of the U.S. consumer, so its sales have taken off, is not only longer than its predecessor but it also holds some cards in the market its siblings don’t possess. It’s easy on gas, and there is that added interior room.

Meantime, the first of the four GM entries is the Buick Enclave. It is a model that combines “utility and practicality with luxury.” Though the model that it has chosen to look at is base and just fits beneath the price benchmark, it is still an excellent, near-luxury crossover. It is a three-row crossover with a touch of class.

Next is Chevrolet’s Equinox, which sits astride the compact-midsized crossover boundary. The editors at thecarconnection.com like the Equinox’s engine choices – three – one of which is a turbodiesel. One can wonder that after all of the trouble turbodiesels have posed – and continue to pose in Europe, why the turbodiesel was called out? That said, the Equinox is a solid choice with its other engine choices, though a bit conservative in styling.

A second Chevy, the Traverse, is also among the finalists. The three-row crossover has been on the market for about a decade, give or take. On its debut, it was one of the first three-row crossovers on the market, and it proved a hit from the beginning. Though Chevy could have updated the Traverse, it has remained virtually untouched. The changes that were made only enhanced its value.

Chevy, GMC twins are in the race for the “gold”

The GMC Terrain is the corporate twin of the Chevy Equinox. Though GMC has made it a bit more dressy than the Equinox, they do share the same core lineup of engines and trims.

The lone sedan in the crossover brigade of finalists is the 2018 Honda Accord. Newly redesigned, it features dramatic styling and a turbocharged engine lineup. With a consumer-friendly price, the new Accord also features extensive tech upgrades as well as a load of safety and convenience features.

Rounding out the list of finalists is the Volvo XC60. Like other smaller crossovers on the market – the BMW X1 and 3 come to mind, as well as the Tiguan – there are few vehicles like the XC60 that combine the size and convenience of a sedan and the practicality of a crossover. The fact is that if you need only a five-seat vehicle with a cargo capacity, then a compact crossover makes a lot of sense. The XC60 like others in its newer crossover class meets that need.